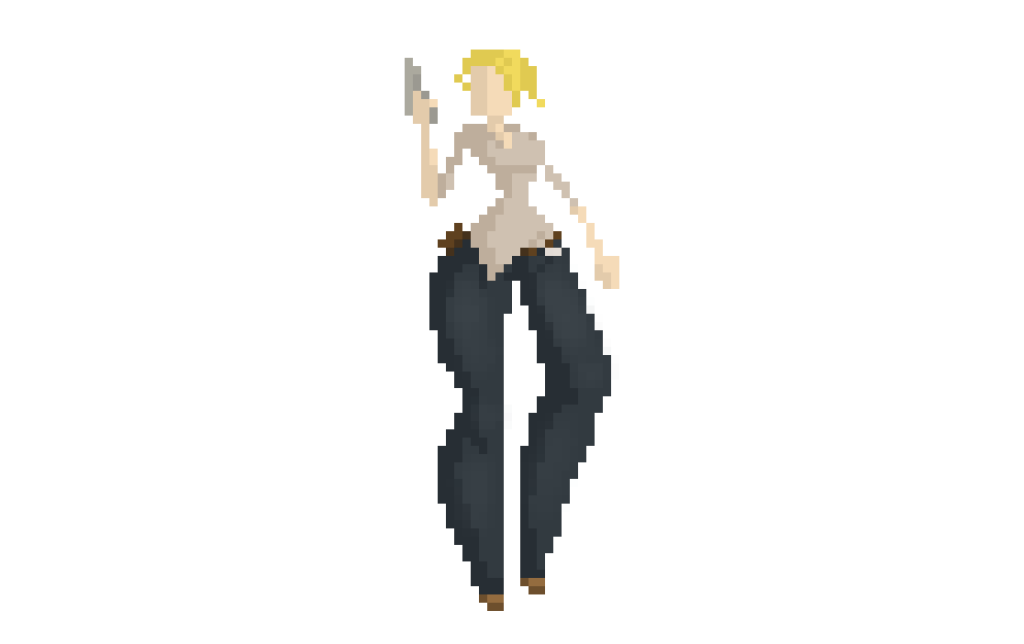 As I have previously mentioned, I had a bit of a crush on Elena while playing through Uncharted. It’s probably the only game where everyones happy with the characters. Becky had Nathan Fillion Drake & I got a make believe person. Well no let’s be fair, she was voice acted and Mo-Capped by Emily Rose. Although watch how you google that one. You might get the exorcism instead of the actress. Stink naming there.
Unfortunatly she’s a stink one to pixelate, since she isn’t particularly iconic looking. No clevage windows or giant swords in other words. But that doesn’t make her any less deserving of being added to the pantheon.
Time to go watch Liam Neeson run around on a plane.