Edit: I’ve updated this design, see it at the bottom of the post. 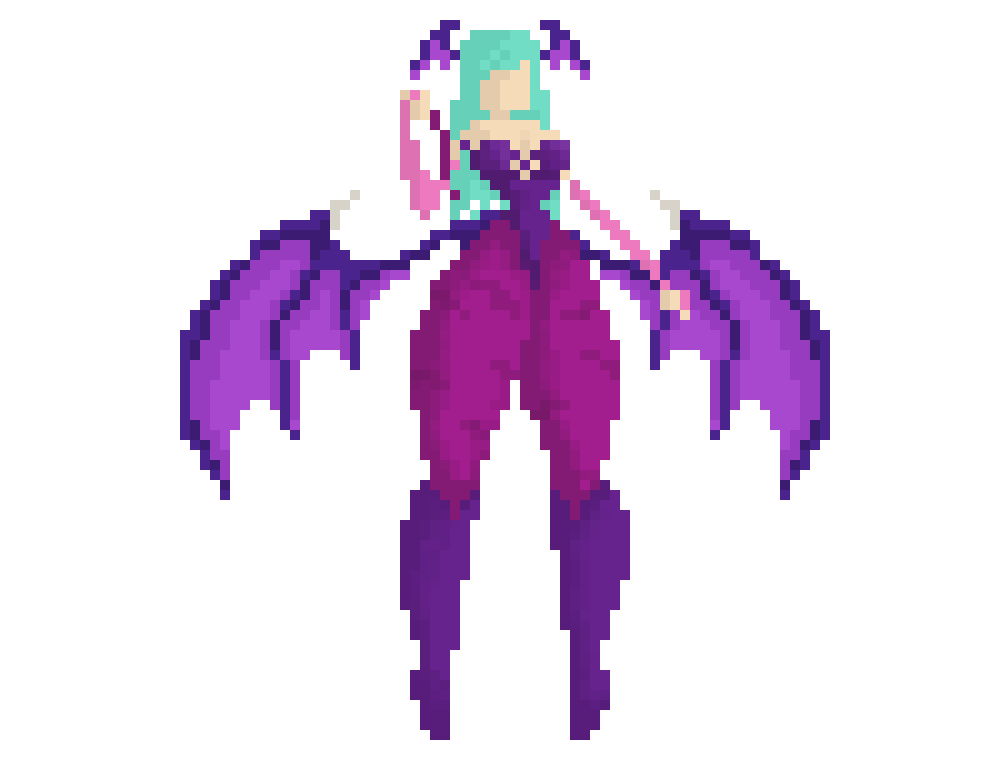 Morrigan is one of those big names who’s just a big name because. I’m not sure anyone has actually ever actually played Darkstalkers. Not anyone I know at least.
It was First released in 1994 by Capcom, 7 years after the debut of Street Fighter. At the time SNK was putting out a lot of it’s own fighting games that were pretty good, and Capcom needed to freshen itself up from the funk it was getting itself into with Street Fighter II.
So along came the monster people of Darkstalkers. This game introduced lots of new things to the genre, including chain combos that gave the game it’s cult following. The release history of the game gets pretty confusing. As it has a different name for Japanese & Western releases. There were also slightly different iterations of the same title with characters flip flopping out of the list due to arcade memory chips not having the memory for all the characters. 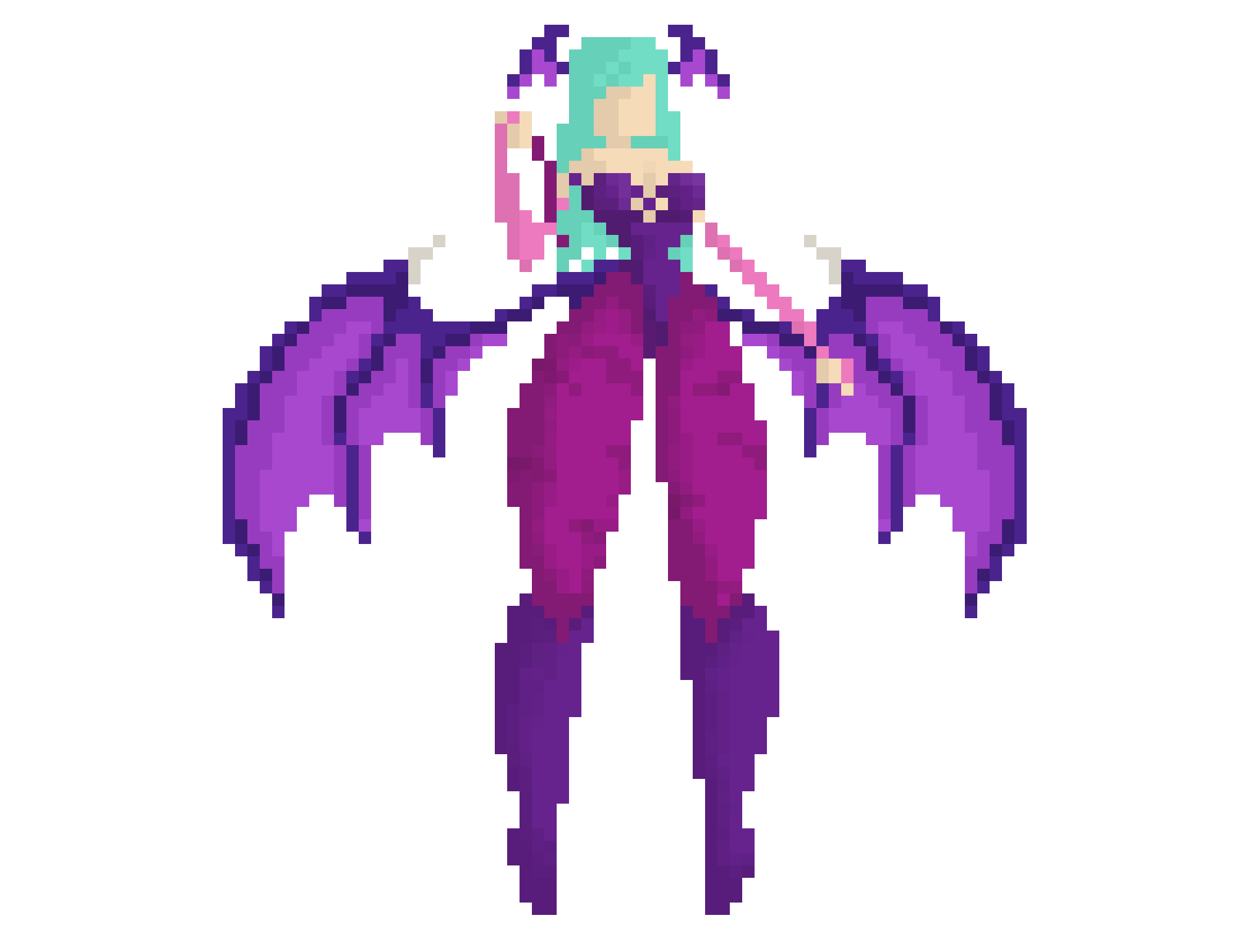