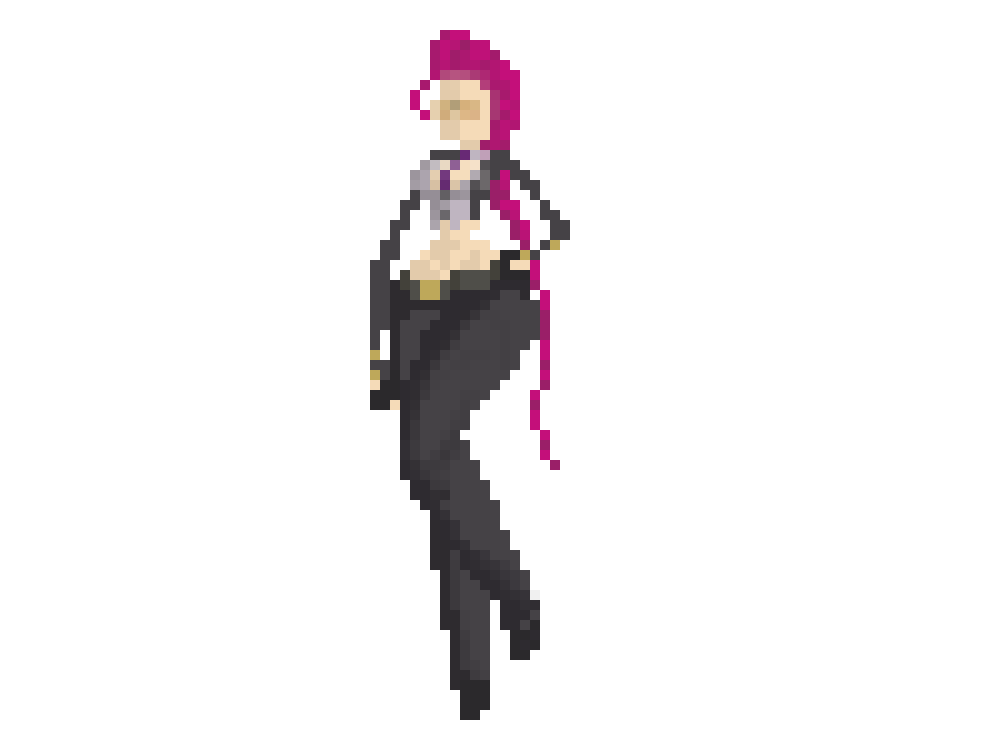 I did her more hot pink than red, which is a bit dumb of me, considering her name is CRIMSON Viper. Too late. There’s no way I can quickly go back and tint her hair or anything like that. You’d have to be insane.
She was a character developed to appeal to western audiences. So obviously she had to have sunglasses and a tiny vest. I’m not gonna lie though, that hair is cool. although she looks like the most unapproachable chick in the history of ever.
People have said she looks too cool to be a Street Fighter character, and is more like a cool kid from King of Fighters.
Oh shock horror, a fighting game character that’s based on another fighter character. I’ve definitely never heard of that happening before.