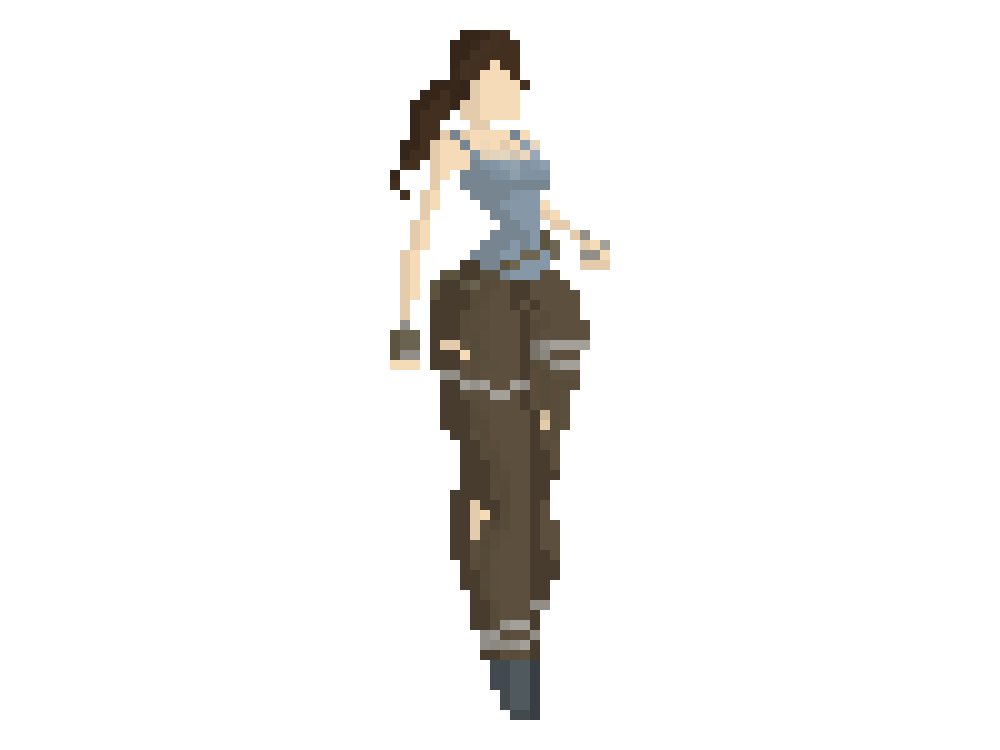 Edit: Since I’ve done this I’ve also done an animated version of her. Go check it out.
I don’t enjoy Tomb Raider. There. I said it. I’m sick of tapping X to open doors, or holding X to unleash awesome burning mechanics to get the gears or whatever I need to unlock something on my weapon. I tried glossing through this game as fast as possible. I haven’t finished it, and I probably never will. One of my friends described it best as a “poor mans Uncharted”. Tomb Raider has been playing catch up with Uncharted ever since it came out. I tried playing Underworld, which came out a year after Uncharted 1, and it felt really bad. Just everything about how it moved and acted. Uncharted 1 feels pretty old. But it’s pretty solid. Underworld just feels shonky.
You could say that comparing the two is a little unfair. But since the reboot came out, not many have been able to deny the cinematic approach the two games have made.
To be fair, the two games have to stretch out to a decently long game. In Tomb Raider this means you’re constantly trying to save someone who dies as soon as you get within eye shot of them. In Uncharted you find a secret tomb that hasn’t been entered in a billion years, only for it to be stocked with dead WWII soldiers and crack troops of your main adversary. You follow the secret tunnel until it inexplicably just turns into an egress which points you towards another similiarly stocked secret tunnel.
Oh yeah, and what’s up with the Maori/Hawaiian dude (That has absolutely no Maori accent) supporting a rugby team that doesn’t even exist?
There are also a horrific amount of bodies in this game. PILES and PILES of bodies. Farcry 3 had a decent amount, to show you it was serious. But Tomb Raider turns the bodies up to 11. Ambience = Bodies apparently. It kind of just becomes funny after a while. At one point I was sneaking under an enemy encampment that was on water. Pretty much the houses were on stilts with barrels and stuff packed under there. No ones going down here any time soon. But that didn’t stop them from tying a body with no arms or head to the underside of their own home. How many people wash up on this island? Apparently all the victims from Germanys eugenics program did, plus a whole ton of fresh ones. All the surviving cultists should have died of all sorts of funky diseases by now.
I made Becky play a bit of it. She isn’t particularly savvy with the puzzles or anything, but I told her the best way to play was to just wander around till you hit a cut scene.
All this bitching didn’t stop me from taking a bunch of screen shots though! I’ll drop some more later. 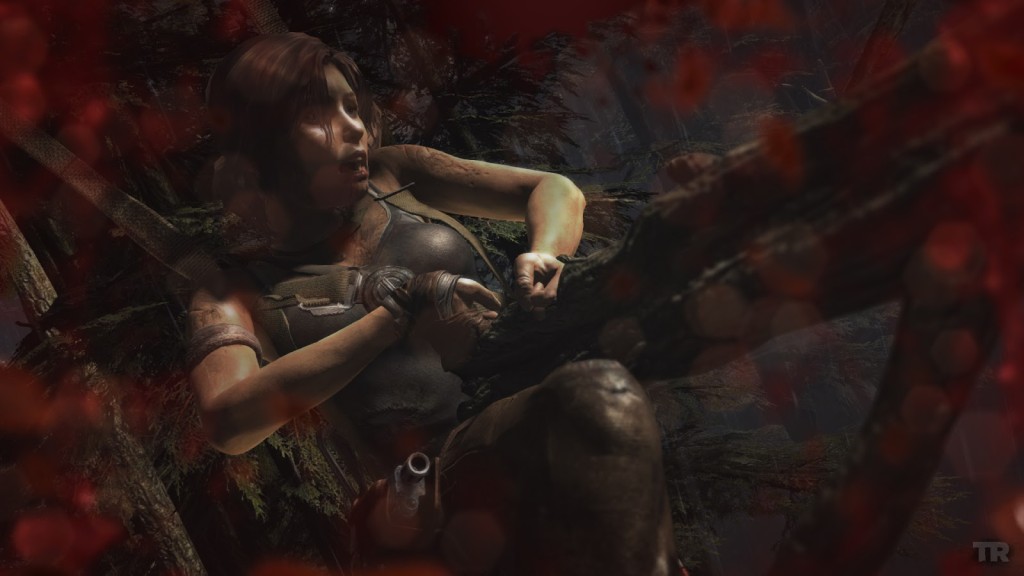 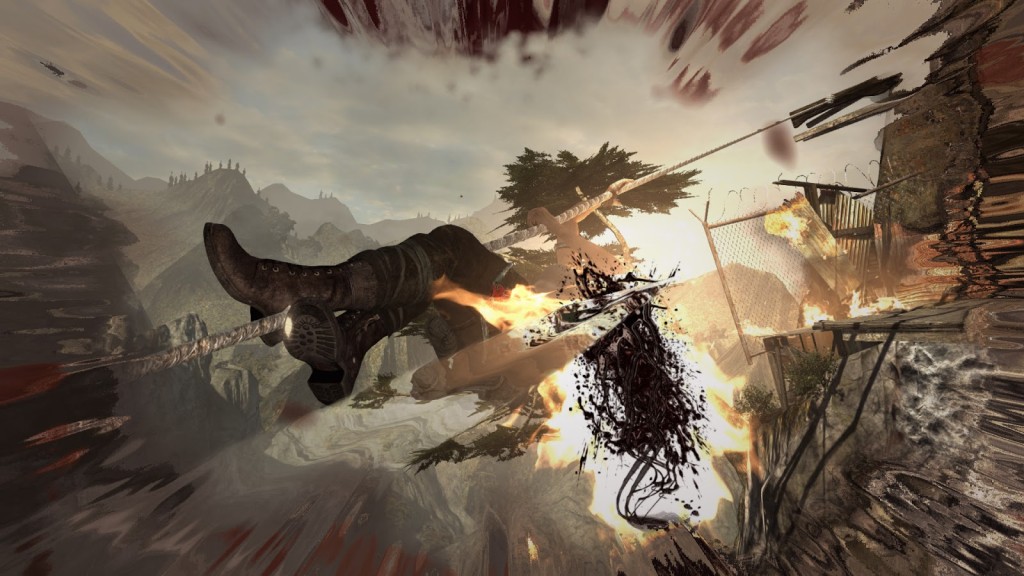 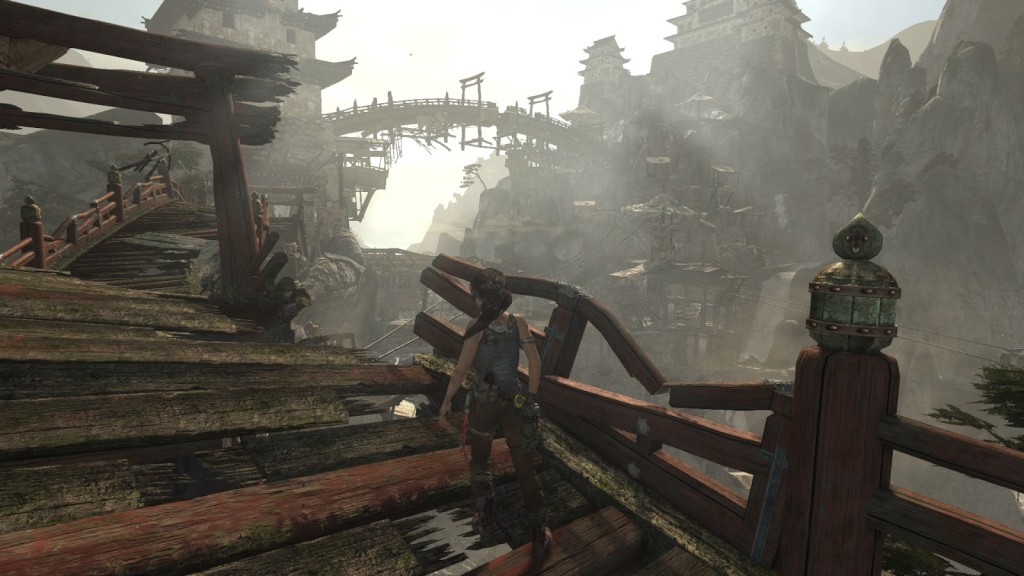 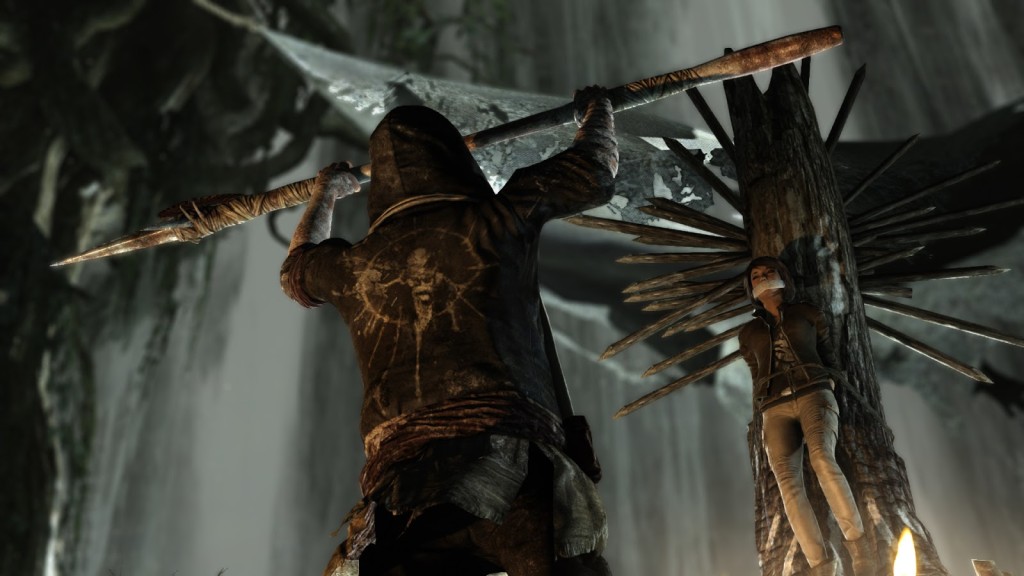 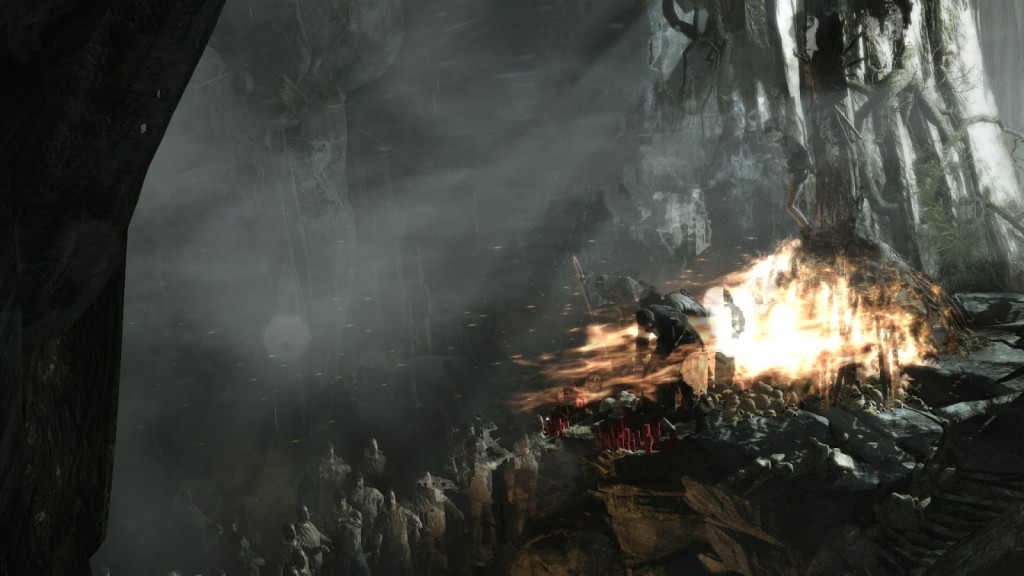 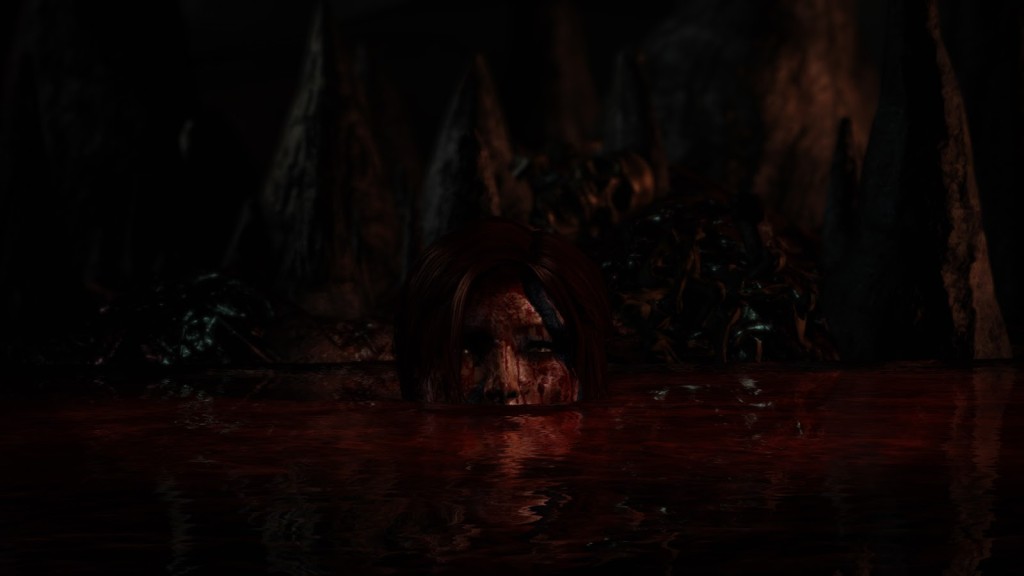 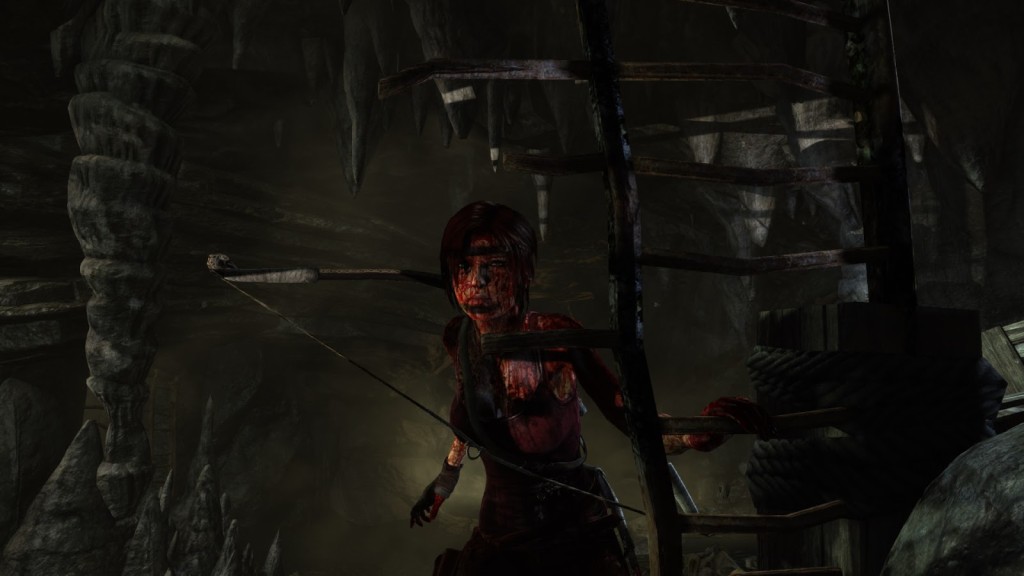 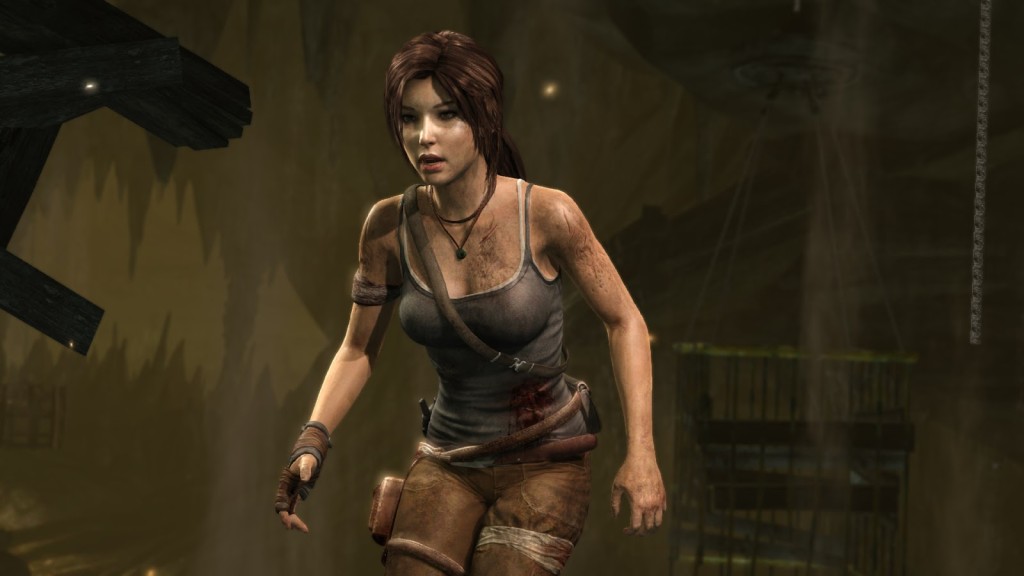 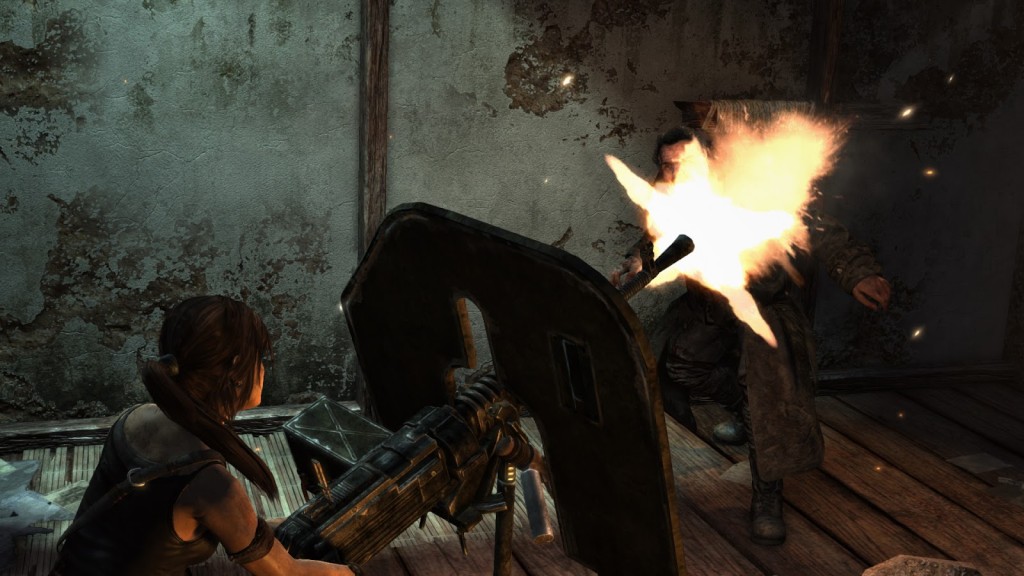 Trying to shoot someone at point blank range is harder than it looks for Lara. 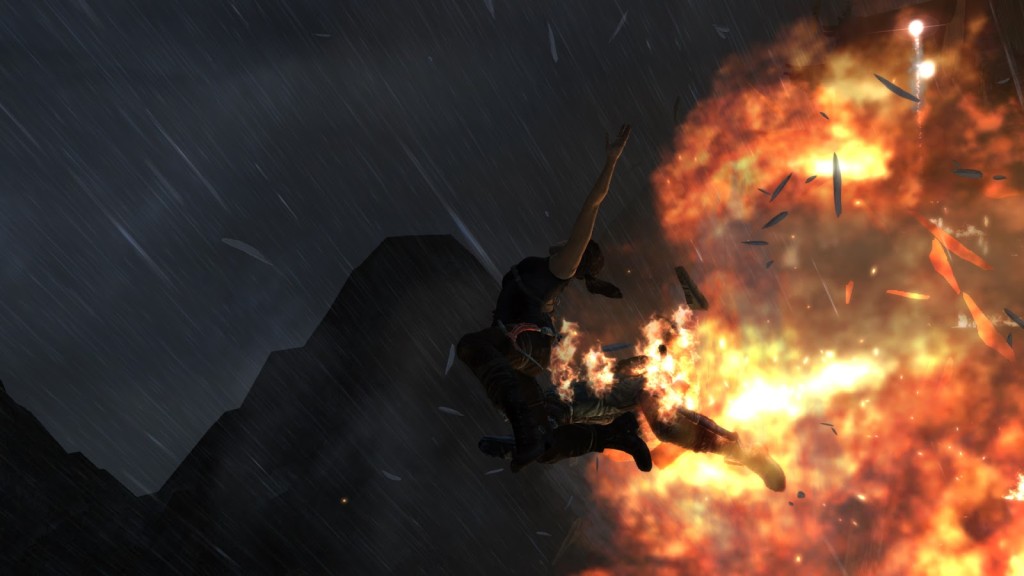 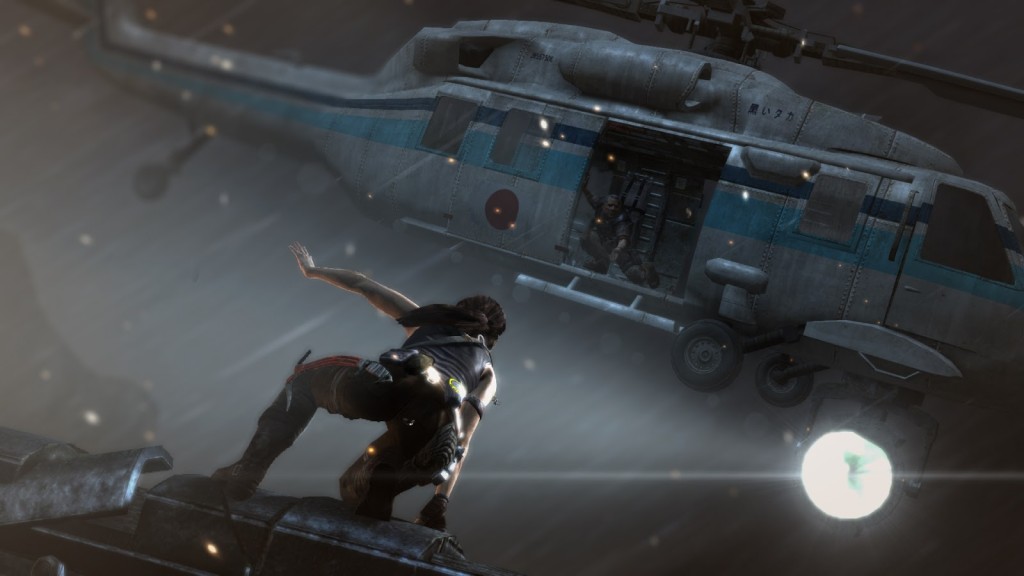 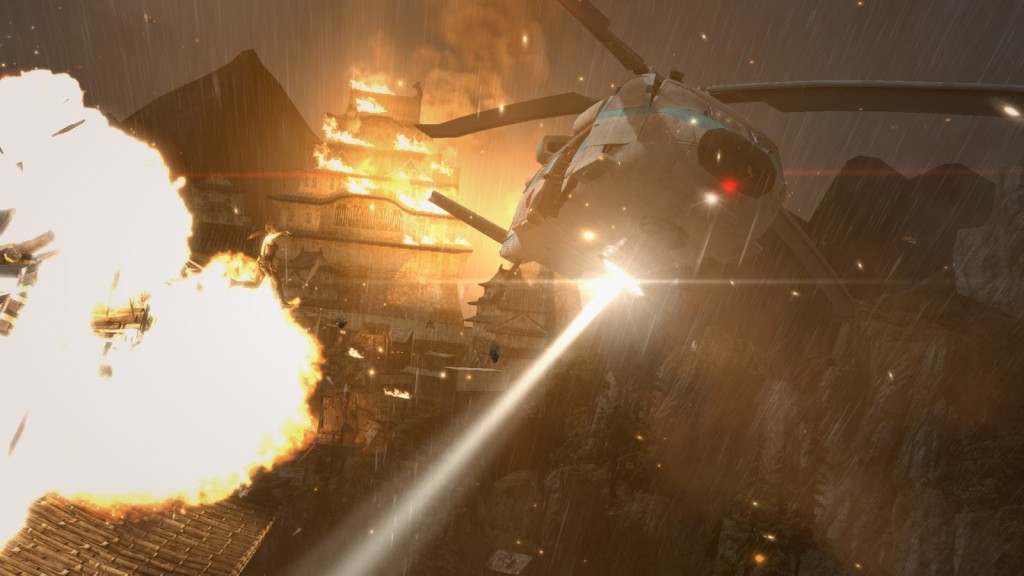