Skadi as Diseasoid
America's Cup Vector Silhouette
Uncategorised September 30, 2013
Share
Yeah so Me ‘n Matt went to Melbourne. It was pretty boss. It’s been hard finding the time to put this all down because I got right back into work the day after we came back. It was a four day trip, and it started off with us sprinting to the airport at like 5 in the morning. 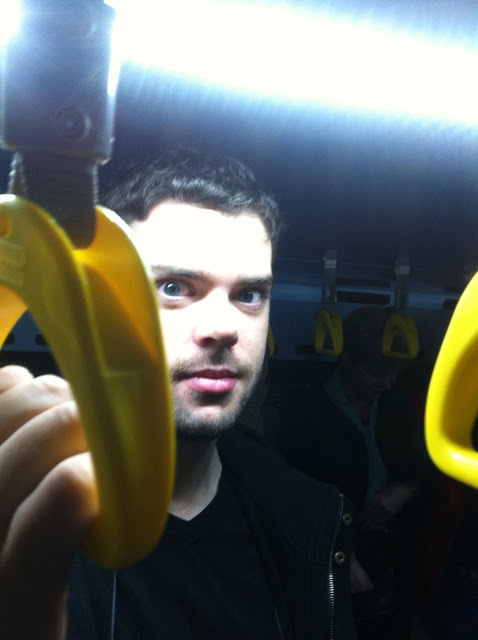 We were surprised when we were shuttled onto this bus that had no seats that drove us out across the runway to our little Virgin airline flight. This should have been the main warning sign that we had skimped out as much as possible on our flight. Obviously they wanted to avoid the horrendous parking meters and their tolls by parking their plane on the grass. 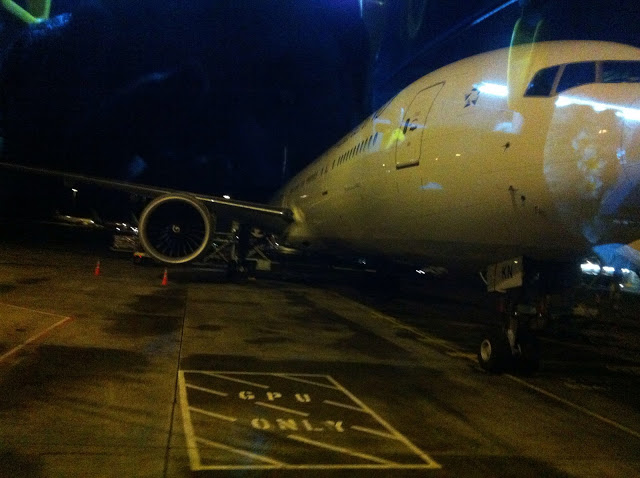 We jumped on and took off, making this Matt’s first international flight. On the flight we discussed how Australians don’t bother with small measurements, because of how big the whole place was. 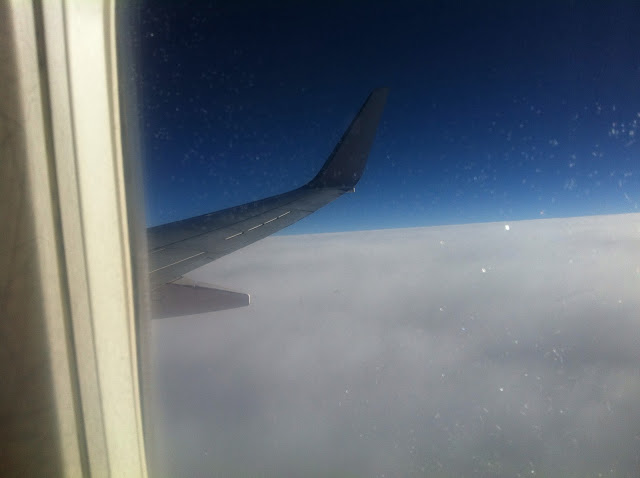 We landed and got a shuttle into Melbourne. We talked about why were to terrified to go looking for new and better jobs. Also the place looked like a slightly less green version of South Auckland. And the trees had been scribbled into existance. I wasn’t particularly impressed with Melbourne at first. I guess that’s the down to the unfortunate route through industrial territory. 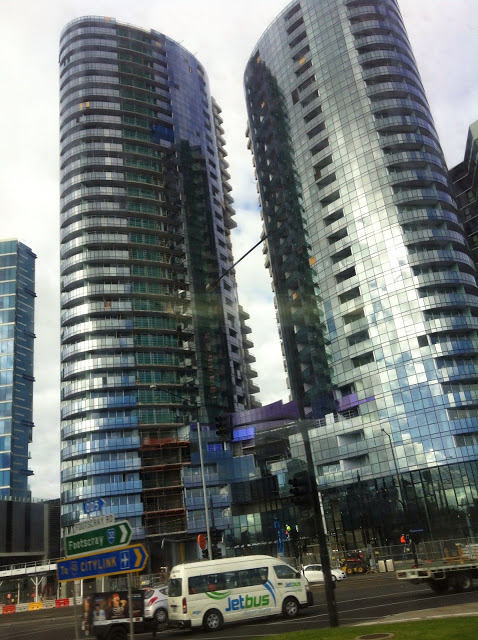 This is the first interesting looking building I saw coming out of the industrial area. 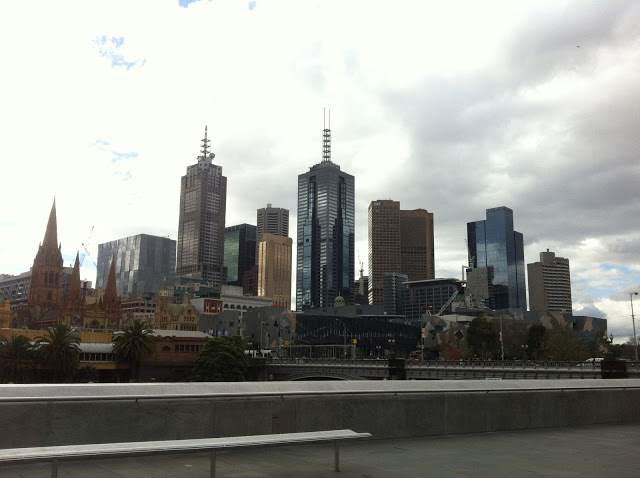 I had the bomb shell dropped on me that Australia didn’t have Burger King, but Hungry Jacks, which doesn’t sound anywhere near as cool. P.s. all the regular burgers in Australia have a more mustardy zing to them which weirds me out.
We dumped our shit at the Hotel on South Bank and headed across the river to the city. The River is pretty brown, like the creek out the back of my place. It’s also infested with rowers. 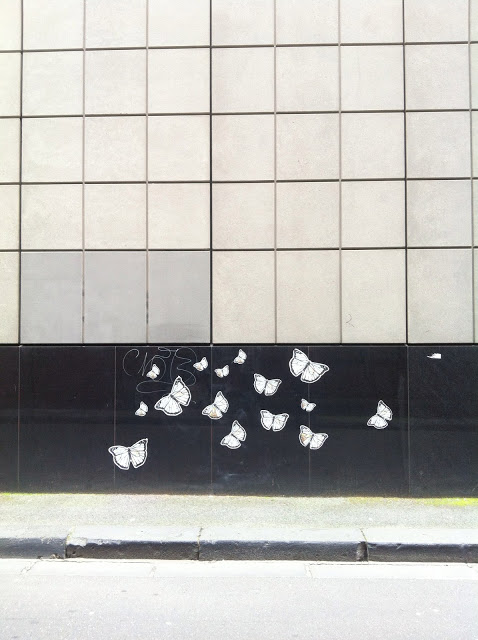 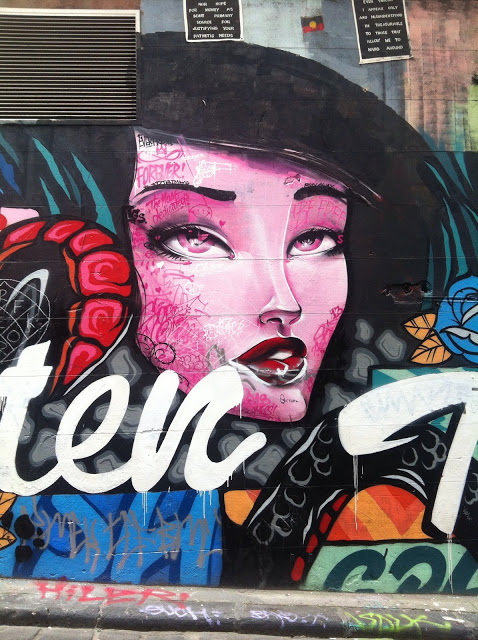 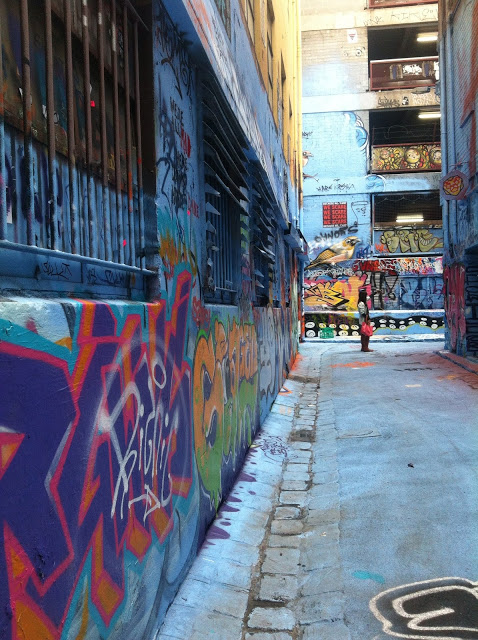 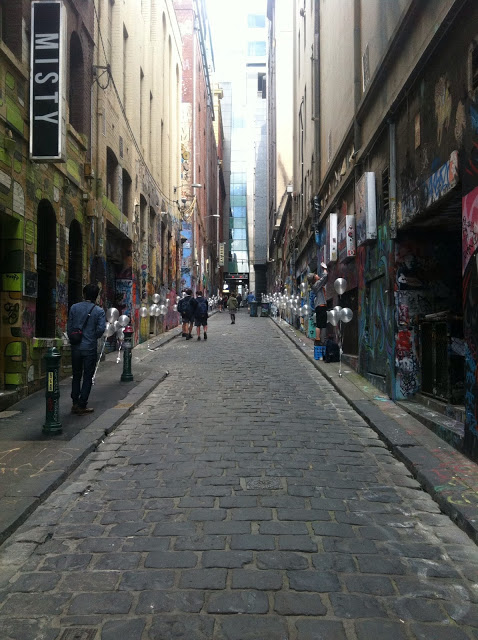 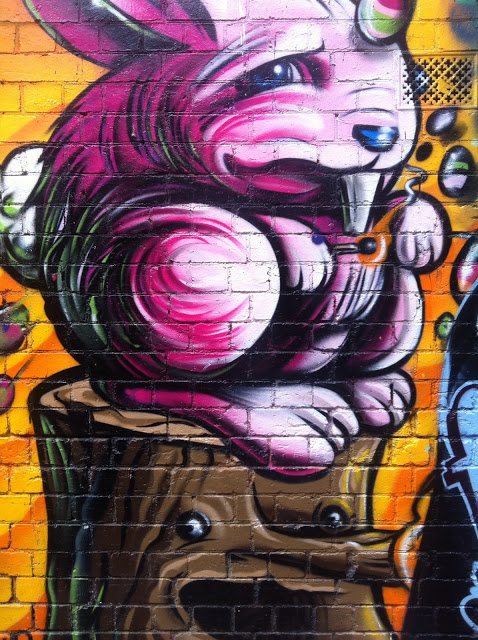 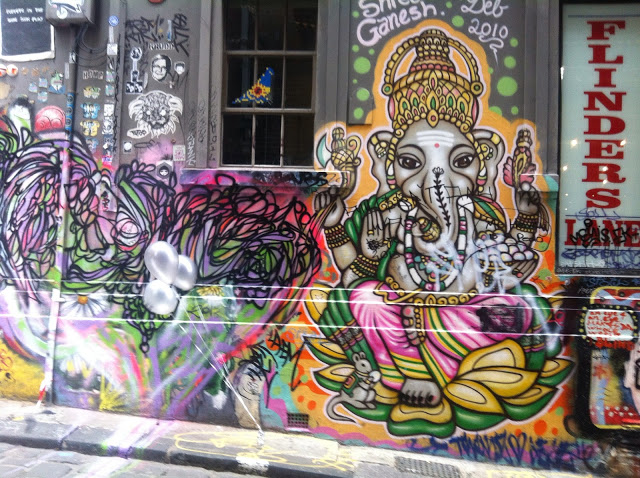 I found this crazy alley with graffiti in it. It constantly has kids spraying it and putting up stickers. It’s like street art heaven. I recommend hunting for it if you are ever there. Better than any art gallery you’l ever go to (And trust me, we went to an art gallery as well.) 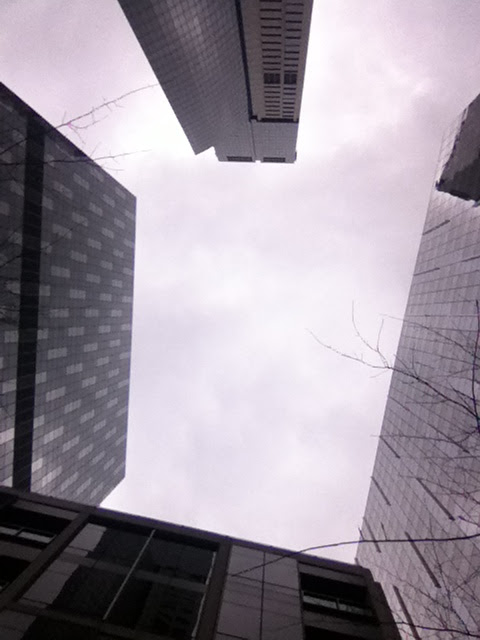 We scouted for dairys near the hotel where we could get toothbrushes and coke for the Bourbon we got at Duty Free. This was the view above us. It took me far to long to take this photo cause I kept flipping the cameras on my phone. This is the view above. 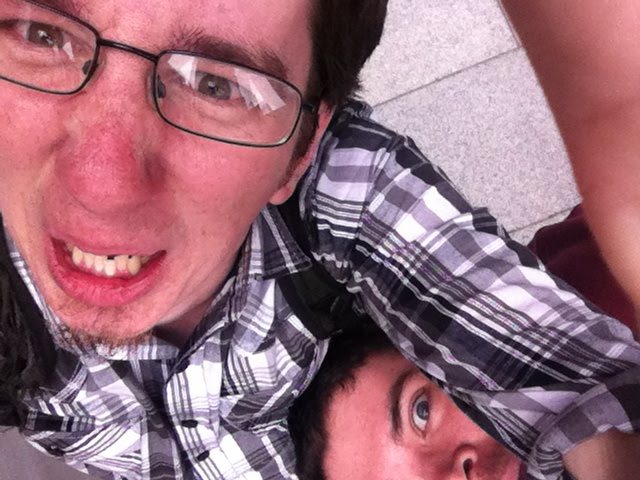 And this is a view from below. That’s how my face always looks when I’m taking a photo. 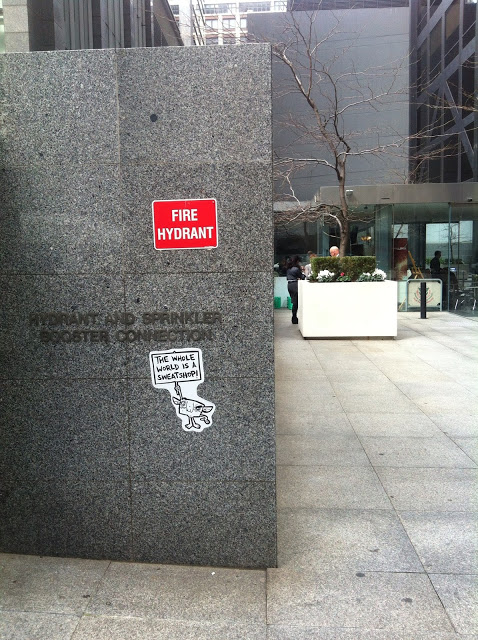 Fucking Trollz is in Melbourne as well.

There were a bunch of these bins that had been taken out. It was pretty cool. Around here we got accosted by our first street person. It was a big daggy girl that was trying to make us sponsor Orphans Aid, which coincidentally my girlfriend just starved herself for, so I felt under no obligation to sign up again. She asked “Hey guys! You from around here?” “..Yuuup!” “Is it your day off work?” “…Yuuup!” “Ok, can I ask you three questions.” “Alright but you have until our crossing light goes off.” “Alright, whats the biggest killer of Children in Africa?” “Starvation” “N-” “THAT’S OUR LIGHT WE GOTTA GO GO GO GO MATT!”
Apparently Matt bumped into her again later and she gave him the evils. 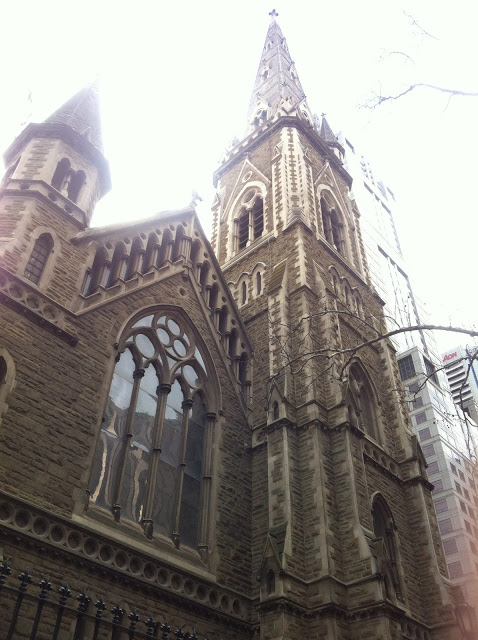 This picture above is unrelated, but Matt took way to long in the toilet and I was worried he had either wandered off or died on the can. I almost went looking but I was only slightly more concerned with trying to get the wifi on my phone going.

There are bees on the Skydeck tower. We don’t know why, but there are. Also this is one of the views from our floor on the hotel. So we were directly underneath the Skydeck, which boasts the highest viewing platform in the Southern Hemisphere, but isn’t as tall as the Skytower, which cheats by having a useless aerial on it. 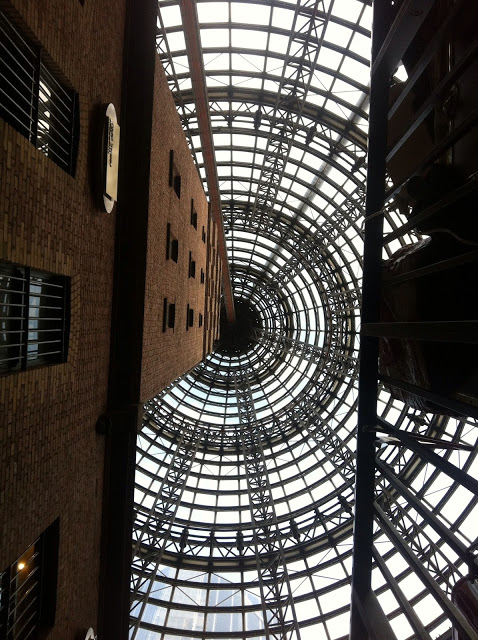 This is a big ass thing inside of a mall. It’s pretty intense. 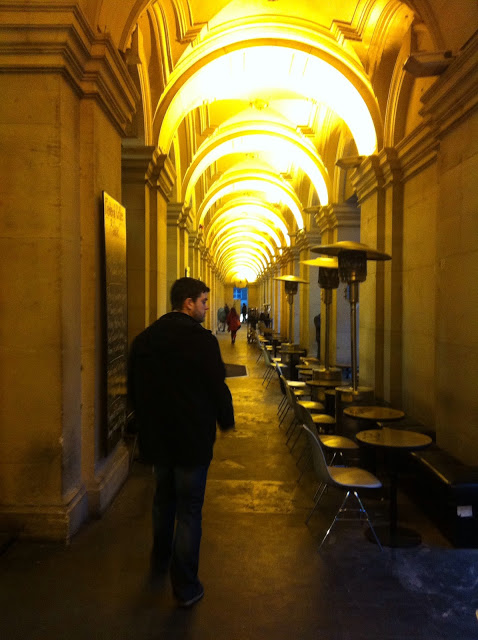 We then wandered that night and got hammered way to early. Our body clocks kept telling us it was later than it was. Some randoms told us a good place to get this amazing pizza. We went in and some poor girl dropped her entire thing on the floor. I stared for way way to long because I had to much beer, before apologizing saying that it made us really sad she dropped her pizza and that we were thinking of buying her another one if she wasn’t getting a replacement free anyway.