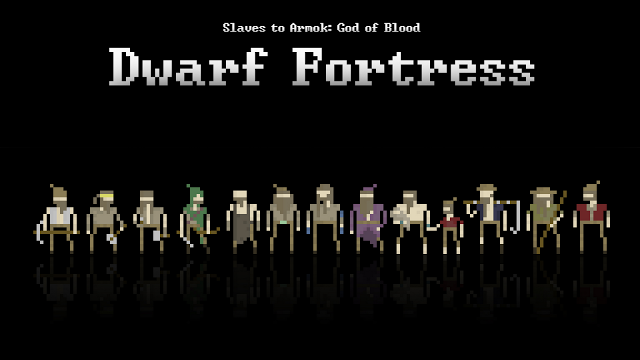 The other night I decided that I was going to stick with the Superbrothers Sword & Sworcery: EP (Ballad of The Space Babies) style. And yes, that is the full title. Although does it compare with DF’s? Slaves to Armok: God of Blood Chapter II: Dwarf Fortress Histories of X and Y. Huh, DF wins by 6 words.
Anyway, Did this background (1920×1080), used the font. Did all the jobs (not including military occupations) in the order they are found in the Z-Menu.
A spin off conversation had the G+ community chastising me for not originally putting beards on the kids. This lead to a comment about a baby swaddled in its own beard which Becky consequently illustrated. It looks cute as! In a gross way of course.

During the last raid one of my soldiers and a puppy didn’t make it to the draw bridge in time, falling straight down into the moat. Suprisingly they both survived after falling a couple stories and then hitting the ice below. They spent the rest of the siege down there until I realized they were still alive. I dubbed the soldier “Timmy” and made him captain of the guard. One day he’s gonna have an awesome wardog as well. 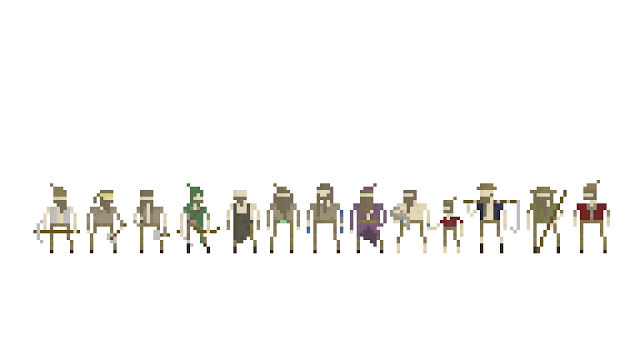