Things have been piling up on G+ about my many adventures in Dwarf Fortress land. So I decided I better put them all in one place before things get out of hand. Itoneddud is my third fort started in the year 257 (thank goodness my dwarves went and carved it down, I wouldn’t have remembered otherwise.) It started off pretty shakey when I thought I’d be clever and drop a huge piece of land through the aquifer. Unfortunatly I wasn’t very smart about it and neither were my dorfs. They sank to the bottom along with all the available picks, leaving the whole fort paralysed for a year or two since I was unable to expand. Their ghosts still haunt the living, bugging them about not being properly buried. Probably doesn’t do a lot for morale.
The comic at the top highlights the dwarves list of priorities in stunning detail. I used Beckys “Colour Me Monday” Palette. You know how you get those little day planners in the mail from real estate agents who want to advertise on your fridge all year round? Well if those things got delivered to a fort the top most priority would already be preprinted for their convenience. “More beer. More excuses to drink beer.” 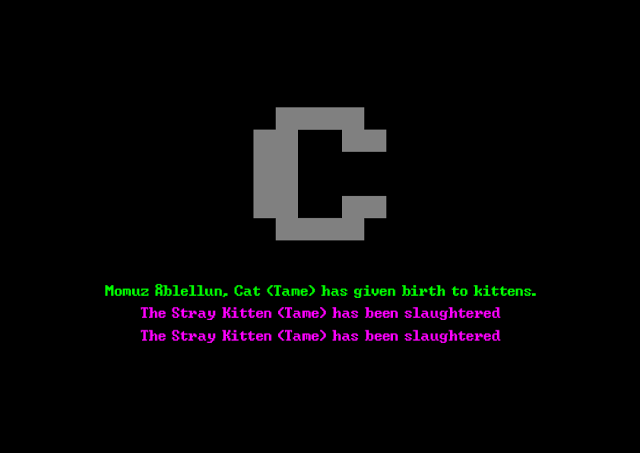 This was the reason I made the font in the first place. Seems as though I went to a whole lot of effort for nothing doesn’t it? Cats aren’t very welcome in the fort, since I heard they spread like wildfire. And the frame rate of my game is already starting to chug with 200 dwarves under my command. 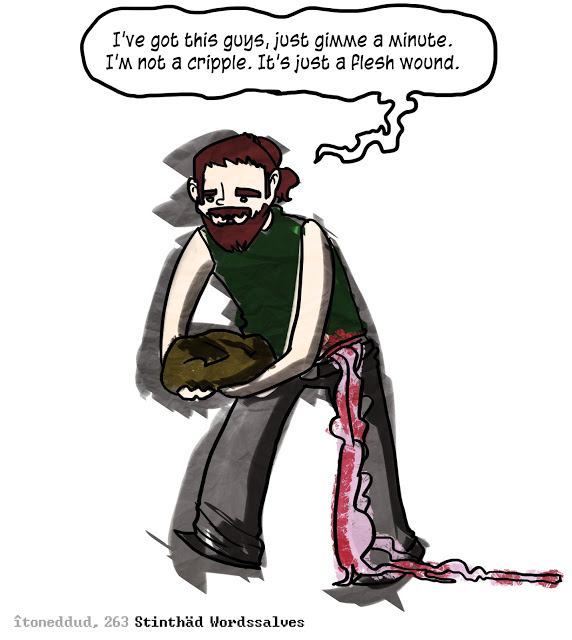 So this guy has been wandering around for a while. I took pitty on him and removed a lot of his job obligations, but he still insists on dragging his guts all over the fort. He’s super slow as well. I thought that if I gave him a desk job that might keep him busy, but apparently he still prefers lugging rocks around. 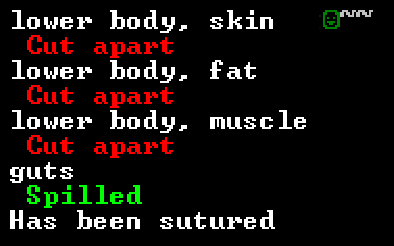 I originally thought that he had  found a new carting system, like sleds or something, until I checked out his health state. It’s ok, he’s gonna live… Forever apparently. After you get your guts falling on the floor people just start to assume that nothing can kill you. Cause you’re probably undead anyway. 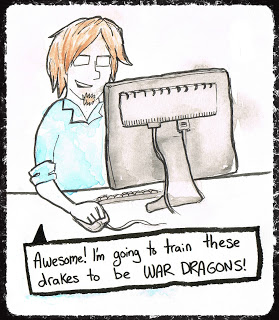 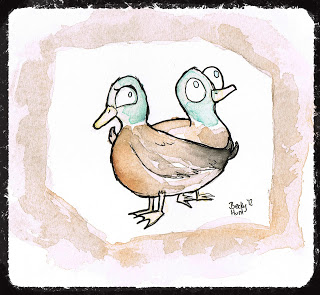 Drawn by Becky. I got some Drakes for a mean bargain from some traders. This was going to be my secret weapon, I was going to train them to rip my enemies apart, Itoneddud wouldn’t suffer the fate of Archcrafted! With bated breath I released my drakes into the paddock. Then I found out drakes are actually male ducks. Man eating ducks would be kinda rad though…