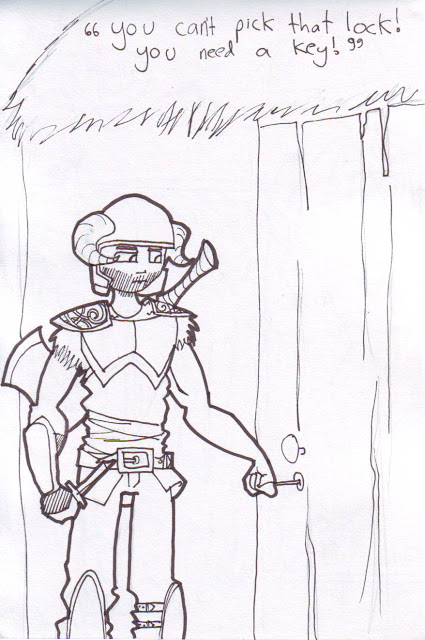 I was wandering around in Skyrim (as I have been since the 11th) and I came across this old shack. I was pretty keen to loot it since I’m so Honorable and all that. Unfortunatly it appears that locks that use keys can’t be picked… It’s probably good though, means there is some quest involved to get inside that squalid thing. It’s a great game. The UI on the PC sucks, but that’s balanced by the added safety nets of console commands and patches for when things inevitably go pear shaped. I saw a headless horsemen last night. He was squatting in the air, pretending to ride a horse. He wasn’t very talkative. Which I think is very rude. He’s got no excuse for not saying anything! 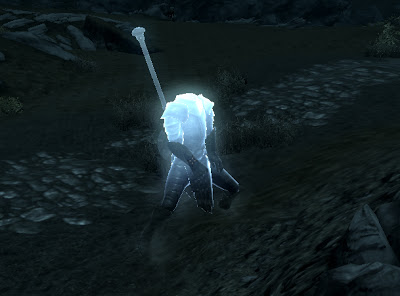 0 Thoughts on Lock Logic in Skyrim