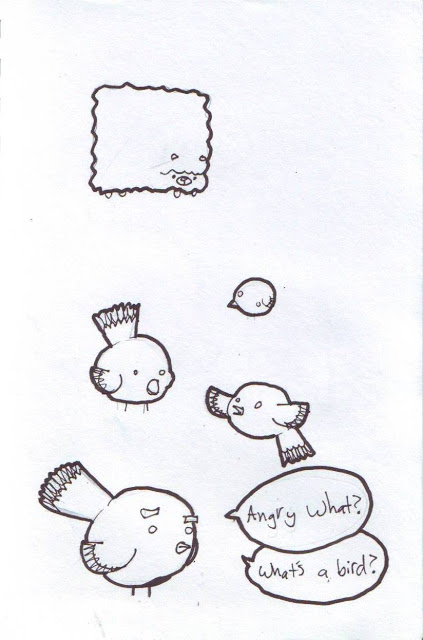 So I was itching to draw the Squox again, so as to not cover old territory again I did a slightly smaller version, which wasn’t as elongated.
I also drew birds. And it’s hard to draw stylized circular birds these days without being called an angry birds rip off, so I decided to just reference it and be done with the thing. To be honest I’ve only played a few minutes of Angry Birds, and that was on Google+. It’s not really my sort of game. It’s not what I would call “addictive pulse pounding action” or anything like that, but I’m sure no one has described it like that. In fact a quick google search has indeed told me that no one has ever described Angry Birds exactly like that before.
Wow, three Google references in one post.