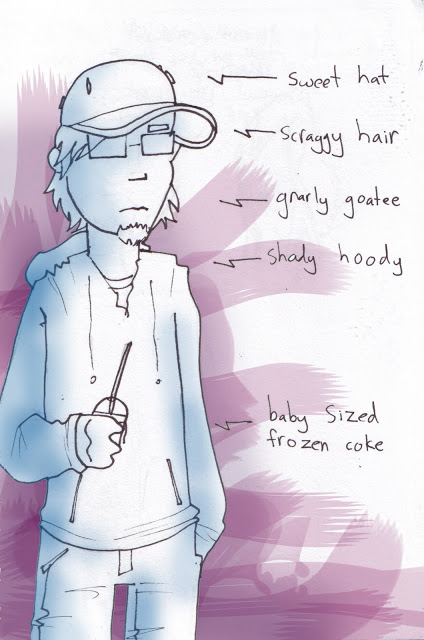 The other day I was in Albany after getting off the bus. I was waiting for Becky, so I decided to wait in the BK nearby. I was broke, and was unsure on how much money (If any) was in my account. So I made do with the change in my pocket, which was only a dollar something. The only thing I could afford on the menu that I wanted was a frozen coke “small”. Well, I’ve never gotten small before, I’m one of those people that reflexively orders “large” and then throws out the excess of chips I’m left with. So I was rather shocked at how small small really is. The guy had to do a quick tap on the machine to fill the cup to the brim. It was so small I was expecting to row up beside me waiting for their share of communion or something. The straw dominated the tiny cup, they should really make small straws as well since this is meant for a breed of person that obviously has a smaller mouth and hands.
I have Photoshop CS5 now. Which is nice. Although its not as though CS4 is from the dim dark past or anything. Adobe has gotten silly on their release dates, bringing out a new creative suite every year with only minor touch ups and a little facelift to match whatever operating system is out at the time. It’s only a matter of time before they’re releasing “CS summer edition” “CS June 14th edition”.
Another post when the essays word count reaches 2000.