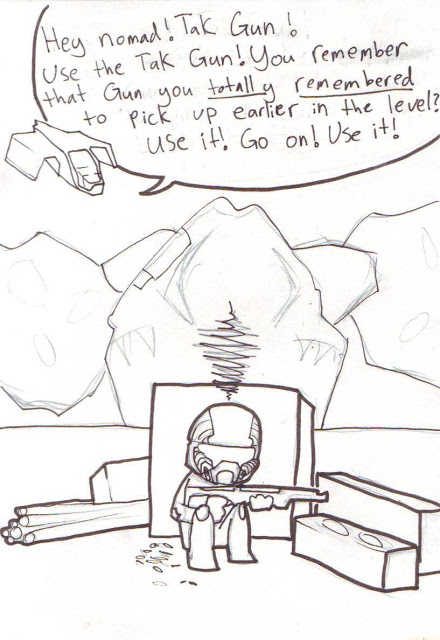 Crysis was a great game. Until the aliens came along and ruined it. For the most part the game had huge maps to run around and navigate as you pleased, it feels very “Next Gen”y. Then when the aliens pop into the story it turns into Prey, which is a cheap rip off rail shooter of Doom 3 which was a very nice rail shooter based on an ancient game.
What I’m trying to stress here is, Crysis was like a flight simulator where at the begining you can fly all over the planet doing whatever you liked. until the last third of the game, where all they let you do was taxi around on the run way and not actually let you take off.
I also thought the design of the boss at the end was dumb to. I was unimpressed.

To offset my negativity I would like to promote this, Kris and Scott’s Scott and Kris Show. Their looking for funding to make a ten episode series for Penny Arcade TV. Last night when I found it they had 900/50,000. Their currently at 20,883/50,000 which is pretty exciting. If I had an easy way to funnel money into my Pay Pal I would totally give a bit to this noble cause.

0 Thoughts on I Have a Crysis