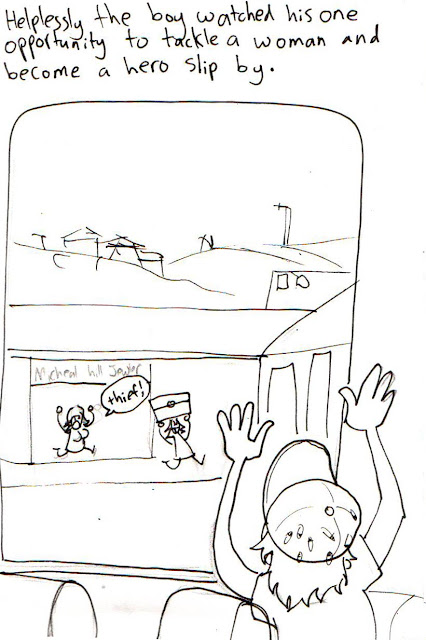 I have been drawing a mock up for my comic today, so I’m sick and tired of drawing, hence this ones appalling state.
So I’m sitting in the bus at Westgate. Waiting for the driver to finish his fag, when all of a sudden someone comes running out of Michael Hill Jeweler. I didn’t see them, But I saw the big breasted lady chasing after her, quickly followed by the Jeweler assistance. Our driver sprints off after whoever ran out. Unfortunatly the lady was weighed down by her assets (as well as slowed by her heeled shoes), and the driver was to far away and had a lung full of tar. Apparently a car (out of sight from the bus) was waiting outside for the chick to gap it to. They drove off, but the pursuers managed to get the number plate, and the local cop station wasn’t to far off.
I’m unaware of what happened after. There doesn’t seem to be any news about it online.
I was personally gutted that I missed out on a great opportunity to tackle someone onto concrete for a perfectly legit reason.

On another note, check out the Uni walls so far. I brought my massive chick poster in to adorn the wall. Another one magically appeared out of nowhere as well. Seriously, we have no clue where it came from, although I was blamed for it, so I just rolled with it.
The quote was made today by one of our lecturers Phil. One of the girls thought it would be a smart idea to try out Comic Sans. 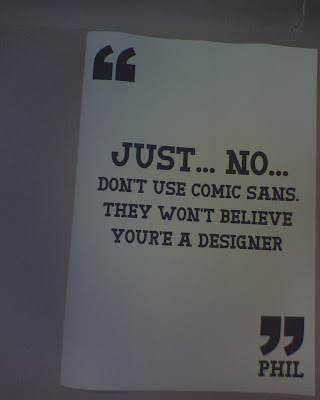 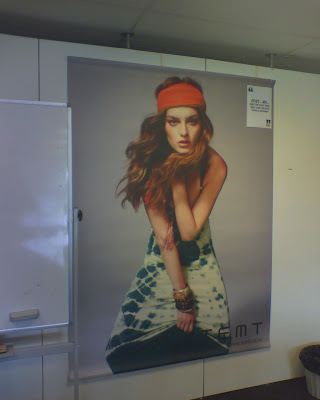 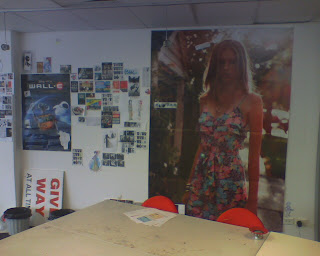 Yeah, me and Harry nicked the give way sign as well. Nicked as in “found a better home for.”

2 Thoughts on Robbery In Progress