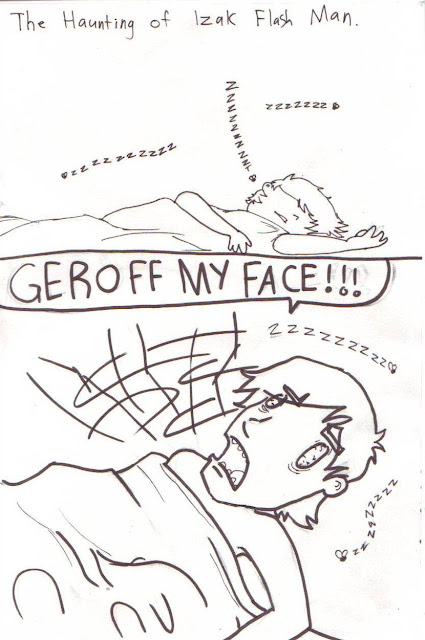 This is an annoying phenomenon that’s appearing lately. Mostly because I’m crashing in places I don’t normally occupy. For instance, this never occurs in my own bedroom, but in our computer/spare room it does.
The other day I saw Paranormal Activity 2. The first one I laughed all the way through. But was freaked out later. It’s like latent horror or something. The fact thats it’s mostly just little things moving around is what gets you. Because that happens all the time regardless of whether a demon has it in for you.

But to be honest, a Demon that pulls your pool cleaner out every night is just lame. They shouldn’t have bothered with a sequel. They should also not bother with sequels of Avatar. But no one ever takes my advice and they’l probably make millions of dollars regardless of what a blogger thinks, so go ahead. Make Fern Gully part 2.

Japan just took a massive beating from the earth. It was 8000 times worse than the Christchurch quake. I can’t even comprehend that.
Also there are reports on a nuclear meltdown in Okuma. This is the first in my lifetime, since the last one was in Chernobyl, Ukraine, in 1986.
I hope I don’t have to talk about any catastrophes for a while now.