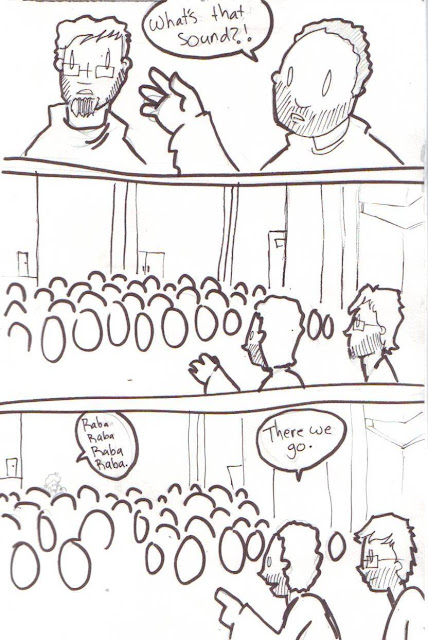 Crowd participation is hilarious when said crowd has no idea what to do. For the remainder of the skit everyone thought Robert was part of it since he decided to make the sounds of a crowd.
Talking about church, I’ve got the job of filming the various things we do over the week, to show the olds on Sunday who don’t get out much whats happening.
First up is Boys Zone/Boys Rally. I got confused when making it. Back in the day it was called Boys Rally. I’m not sure why they went and changed it to a boy band name.
Anyway, it was good times filming, gave me flash backs to when I was that age, stamping round the hall. Last week they went and saw the superbikes, blasting around at over 200km/h. P.s. This vid won’t be going into the vids section of the blog, I feel its relevance to anything is tentative at best.