Fun In The Sun
An Actual Doodle
Uncategorised January 17, 2011
Share 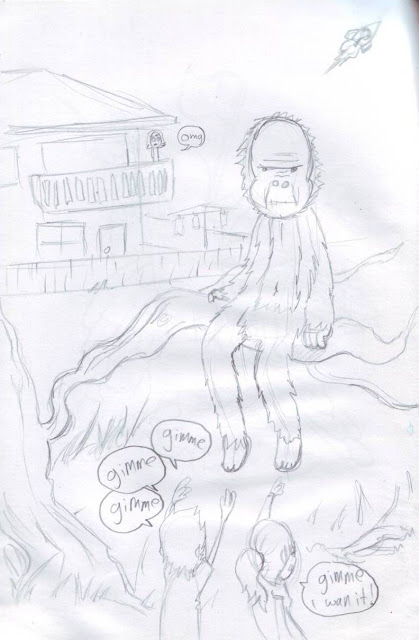 We do a leader hunt on the beach where different leaders are disguised as beach goers. teams had to run up and down the beach finding them and collecting puzzle pieces. They had a key word that they had to say to the leaders. “I like to move it move it” can be rather dodgy when spoken to complete strangers by mistake. One leader dressed as a gorrilla and hid up a tree. This caused panic in a neighbour who was about to call the police and tell them that a real life gorilla was chilling out in a tree by the beach. True story.
two other leaders dressed as council workers and bummed around behind a toilet block. A lady scoped them out the entire time they were there thinking that they might be up to something dodgy since they didn’t seem to be doing anything in particular. After the games finished an actual council worker came along and started doing something to the toilets.