Sitting in the Grass
Outside is Average
Uncategorised January 17, 2011
Share 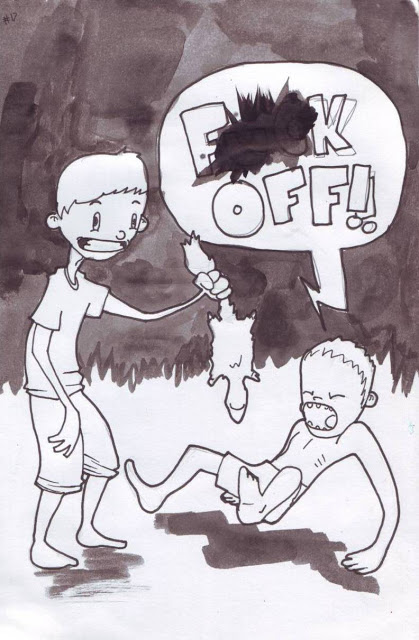 after the waterhole we went to our seperate places. The girls went to a place called Paradise Bay, a private beach, while the guys went to smalls farm (I think its called, It’s definatly not small though.)

We were pointed in the general direction of our campsite and tramped off. We took a wrong turn somewhere and had to cut across a hilloc of pines. We reached our spot to find the 4wd’s already there.
We set up our sleeping bags and gathered firewood for the night. We got some decent target practice in before nightfall.
One group of about 6 went out to do some shooting while the other half of us stayed behind. By midnight half of us couldnt be bothered waiting any longer and dug in to sleep. About then the truck arrived back with everyone plus two possums.
One of the kids started swinging one around and dropping it in the fire. You could smell burnt hair in the air. He then started to wave it in Chris’s face. He didn’t appreciate it to much, his protestations grew considerably until he exploded with what you can see in the doodle. Not a very leader like thing to do, but it cracked me up none the less.
The kids decided killing two possums (Plus a baby possum) wasn’t enough, so they went eeling with the carcases. They managed to catch a bunch.
After a while everyone was settling down a little. Well thats a lie. One of the kids was thrashing the high pitched young Reese Darby voice, he did it constantly. It slowly became human static and I faded towards sleeping oblivion.