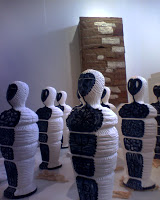 well randomly on Sunday Microsoft went into it’s weekly business meeting. Bill looked around the room, “Ok, tell me all whatcha got?”, Josh the new guy stood up “well, we’ve been looking at figures, and it seems as though we haven’t been screwing up peoples digital experience much lately.” “Oh dear.” said Bill. “That IS A problem.”
“Don’t worry! I have put some thought into this!” Josh said, puffing out his chest with pride at his ability to do things by himself. “What is one of the corner stones of using the internet?” Josh pauses for dramatic effect. “EMAIL!” He said before anyone could answer his rhetorical question. “And what better way to screw with peoples day but by making them loose their access to their email!” “Wow! That’s a brilliant idea!” said Bill. “I helped him with it to…” muttered Geoff under his breath. “Shut up Geoff, no one likes you.” said Bill, “How about you go work on solitaire 2.0 or something.”
So yes, I have now lost access to my main hotmail address. If you know me and like to send me emails occasionally I suggest you start sending them to my gmail account. It’s exactly the same as my hotmail, except with @gmail.com on the end. Say who it is since my contacts are sorta unreachable at the moment…

Actually I haven’t finished moaning about this. Secret questions. Aren’t they a joke? Remember years ago when you made your hotmail account, or maybe any other account, and it asks you, “In the event of you loosing your account, please make a secret question and answer.” Well they didn’t tell you that ten years later they wouldn’t actually ask you the question. The question… IS A SECRET. And it asks you to answer it. This is sort of like asking you what was the maiden name of the mother of the midwife who delivered you on your birth. It’s technically possible, but it may as well be impossible.

Thankyou for your time dear blog. Here. Have some visuals.