The lack
The end and the start
Uncategorised January 24, 2009
Share

Check all previous entries on the Philippines to see groovy pictures, courtesy of Sarah.

Let me recall the last few days spent in Philippines… Ok, you can’t blame me for trying, so today at work- Lol, just kidding. I’ll try harder than that.

We drove back to Manila, because we wanted exhaust pipes to keep us warm, because the weather in the provinces was getting rather cold. But hey, I’m not gonna complain, it was an answer to prayer. Literally, I think all of us on the roof were praying it wouldn’t be warm, this reminds me of the scripture “if two or more come together on a roof of an orphanage their prayers will be heard.” I thought it was rather obscure at the time I read it but it makes sense now. =P 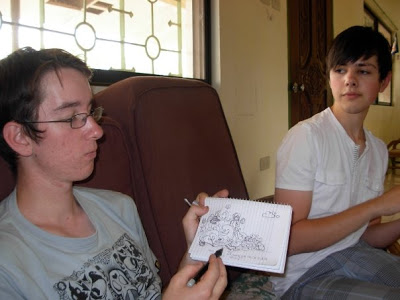 The mural we did turned out awesome. I’m stoked with it. I gotta find a higher res version of it. The sketch I’m holding is the original, before I sketched it onto the wall for Phil to fill. Aw, that was lame. I didn’t even do it on purpose. 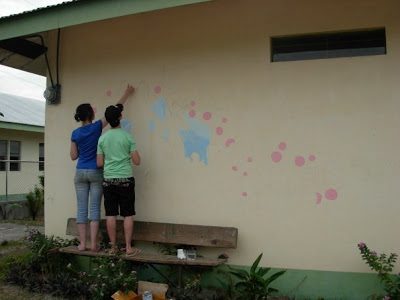 Anyway, back to Manila. From what I can remember we hung out for the last few days doing nothing much but fraternizing with Australians (Who were all really cool by the way, they make up a million for that random ass guy from the Museum. They were all second generation chinese and it was the first time in ages I could talk about gaming and stuff and actually be fully understood. It was kinda refreshing. One of em is a programmer working on an online soccer game. Crap. I don’t remember its name. Ah well, it hasn’t been released for beta yet or anything anyway.

We went to the mall of asia. One of the largest malls around. If you check out the link and the thumbnail, we were having dinner on that veranda you can see, when a fireworks shoe went on (Behind the photographer) out on the bay. It happens every friday and saturday. The place felt so classy, It was a good last dinner in Phili, it really made our night. 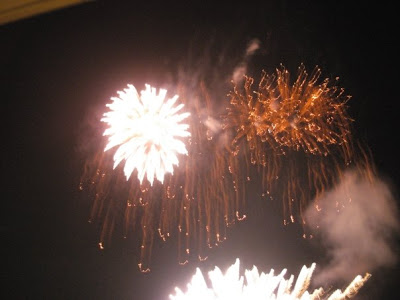 We seemed to visit quite a few malls, much to Gordons discust. The last one we visited (A few hours before we were due to leave for good) me and Phil went to see the curious case of benjamin button. It was a mean movie. But if someone could please tell me what happens when she finishes her story and the storm comes would be much appreciated, we had to ditch cause the movie went for far to long and we had to leave for the airport.

We rushed to the airport. Waited for ages. Got on a plane which took us to brunei for the night, same crummy airport, which we didn’t have to stay in long cause we had a hotel. The auzzies on our team had to pay a visa toll or something. Which kinda screws any australians coming in, since money exchange is straight after immigration etc. Thus impossible to get to. We heard some australians later on in the airport “How come the New Zealanders don’t have to pay? Do they hate us here??”
Yes.. Yes they do. Heh, I jest. How come australians keep popping up in my stories? Ah well.

The hotel was swish. Although it took a while to figure out how to make the shower work. I had to ask Chris. Took him a while to. His moe is probably gone now. Sniff. It shall be missed.

We then got on another plane, I watched three more crap movies, read some more of Bourne Identity then landed in auckland airport at 4am, much to our welcome parties discust. Went home. Went to bed for a few hours, and then got up again so I would adjust to the time zones.

As I lay in bed pondering everything that had happened, the entire journey felt like it took only one day. I got up in the morning flew to phillipines, did a million awesome things, and this was how it was ending, getting back into bed after a hard day. I closed my eyes, and swum in the darkness of rest. 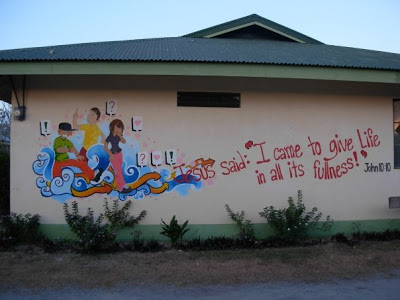 P.s. That would be a good end to it. But the next 2 sleeps I had were really bad cause my brain was furiously trying to process everything. So the imagery gets a little less romantic when I’m thrashing around like a tumble dryer trying to think less and sleep more.

1 Thought on Philippines over