A couple weeks ago A Short Hike hit my radar after it was being given away for free on Epic. I actually missed the giveaway so I ended up paying for it instead, and honestly, I’d give the creator Adamgryu my money again in a heartbeat after playing this game, it’s honestly one of the greatest titles I’ve played in the last couple years. In fact after this review I’m probably going to go out and buy his previous game Pitfall Planet or one of the many jams he’s put together over  the years. 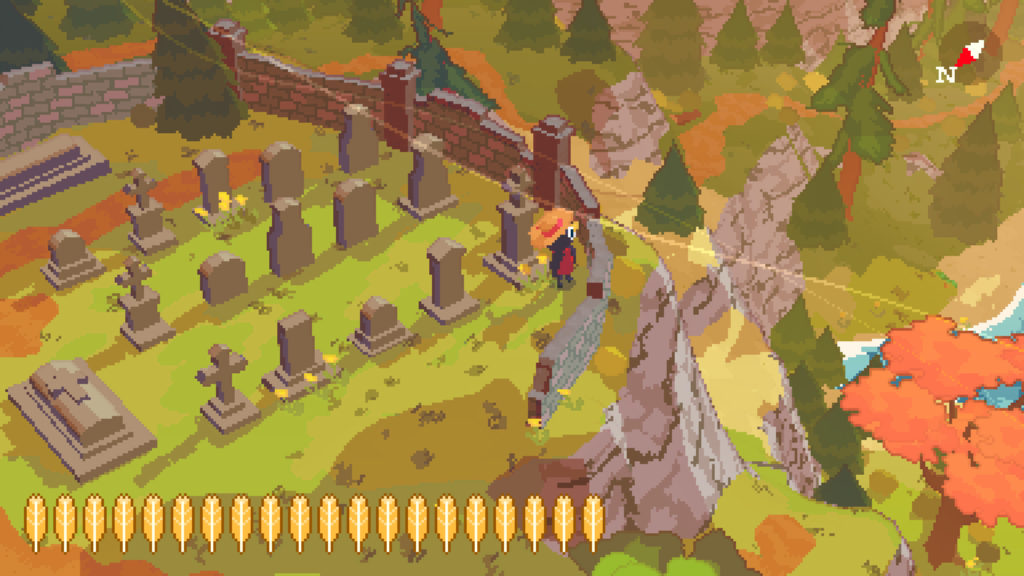 At it’s core A Short Hike is exactly what it say’s in the title. You’re a bird who needs to hike to the top of the mountain in the national park you’re holidaying on with your Aunt. The game is completely open world, and you can do everything at your own pace. Along the way you find or earn golden feathers, which act as your stamina for sprinting, running, climbing (on anything, Breath of the Wild styles) and flapping. You can also glide around the island, making the experience feel really freeing. It’ll take you about 3 hours to do most of what the game has to offer, but I’ve managed to double that time just poking around, earning the 8 achievements, and trying to get high scores on the 3 speed runs which are dotted around the island. I’m currently ranked #40 on the Lighthouse race, which is a sure sign my dick is bigger than all but 40 other people. 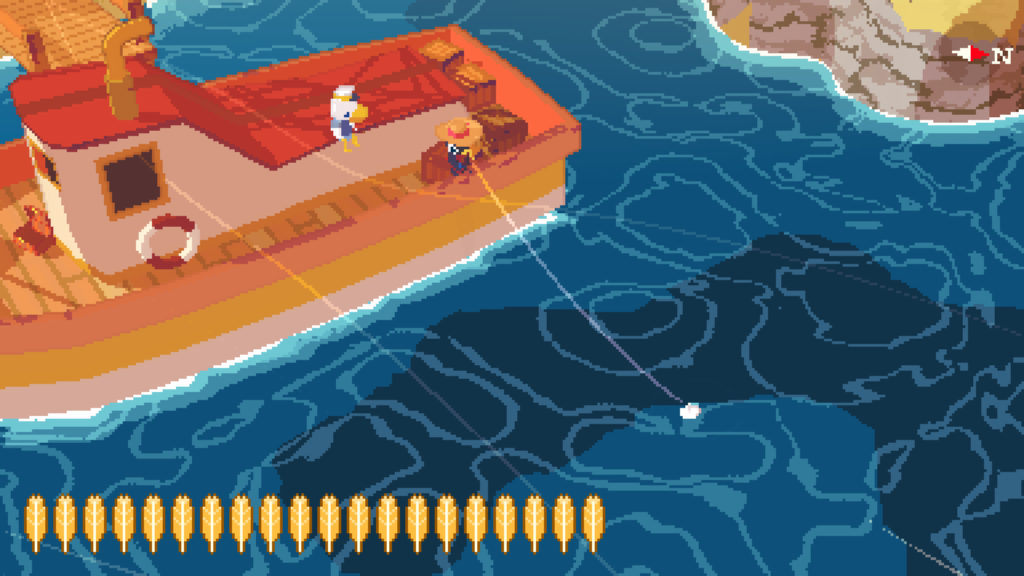 The camera is fixed, with a little bit of give, which is used for squirreling away secrets around the island that would have been in plain sight otherwise, but apart from the gameplay, physics, and mechanics, the writing is yet another star in the show. It’s casual dialogue is engaging and you get a real feel for the vibe of the island through the characters you meet. It has a Steven Universe style sweetness about the whole thing. 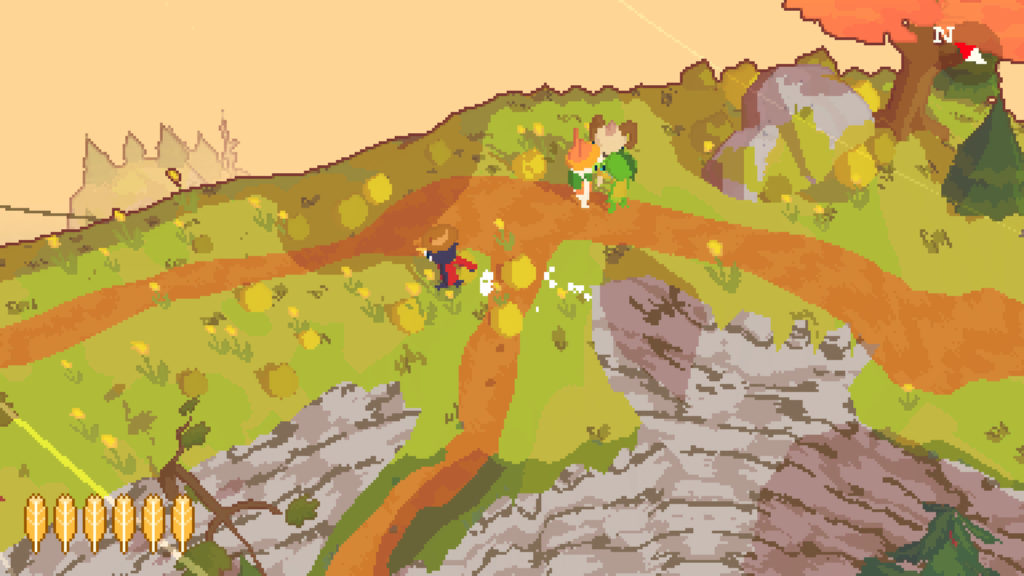 If the pixel aesthetics are offputting, you can actually turn them off and have a much smoother aesthetic. I didn’t know about this though until long after I finished it and convinced my mate to get it as well. 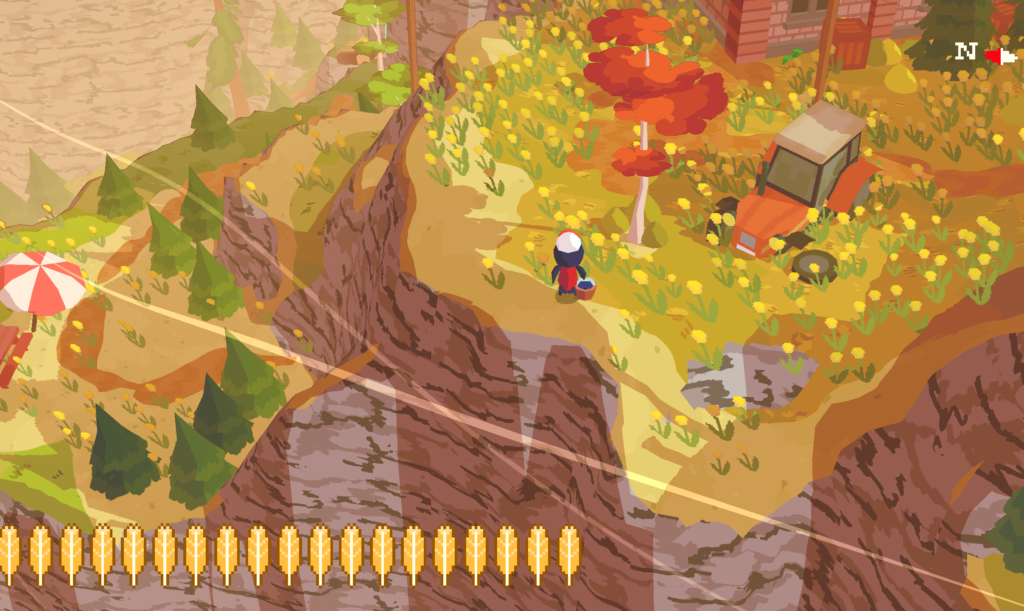 There are very few games out there that just FEEL good to play. This is one of them. Can’t wait for more.

I didn’t take any screenshots of the snowy zone or the peak just to leave you something to look forward too. Also didn’t get many flying shots cause taking photos is a bitch when you’re flying. 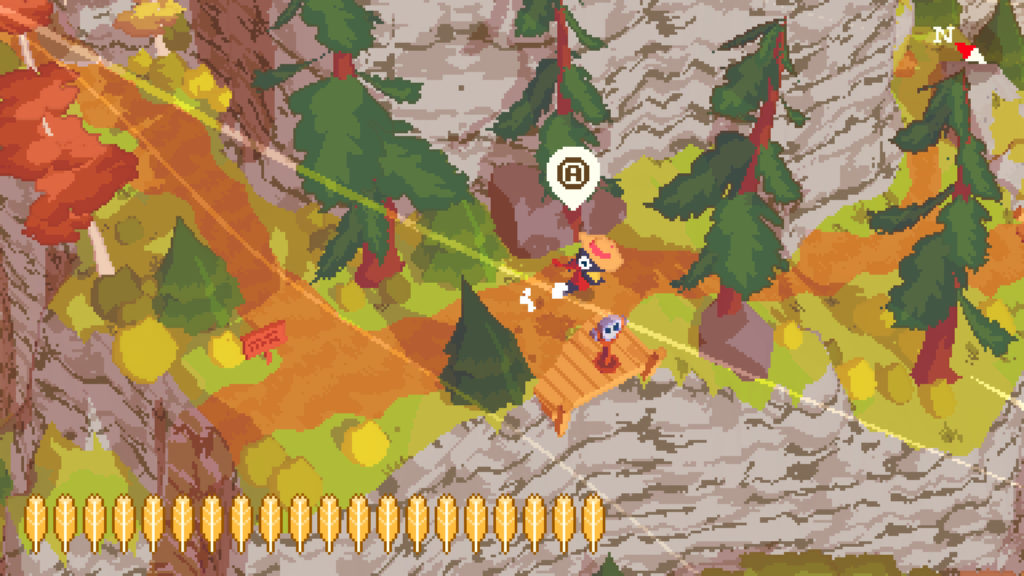 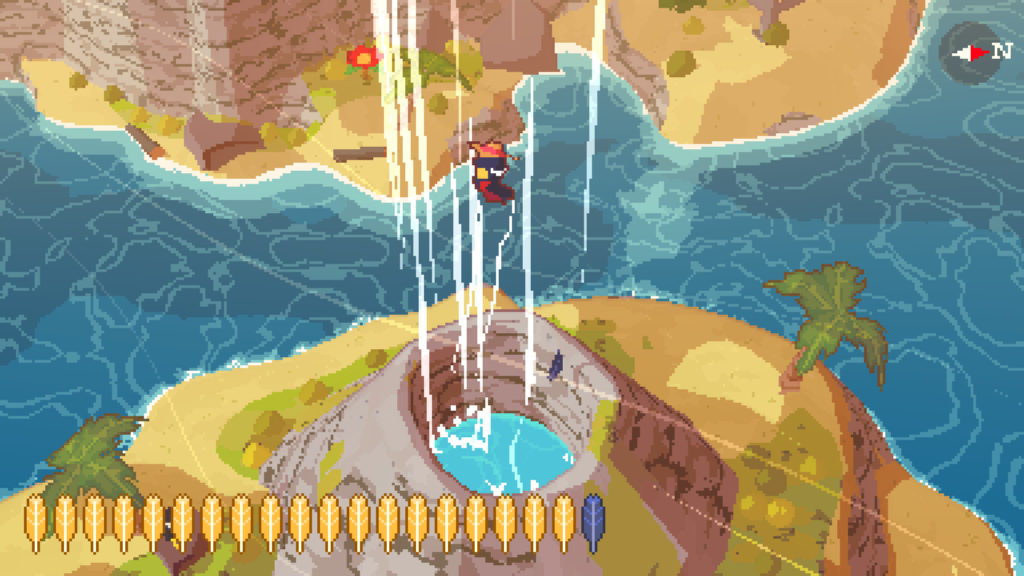 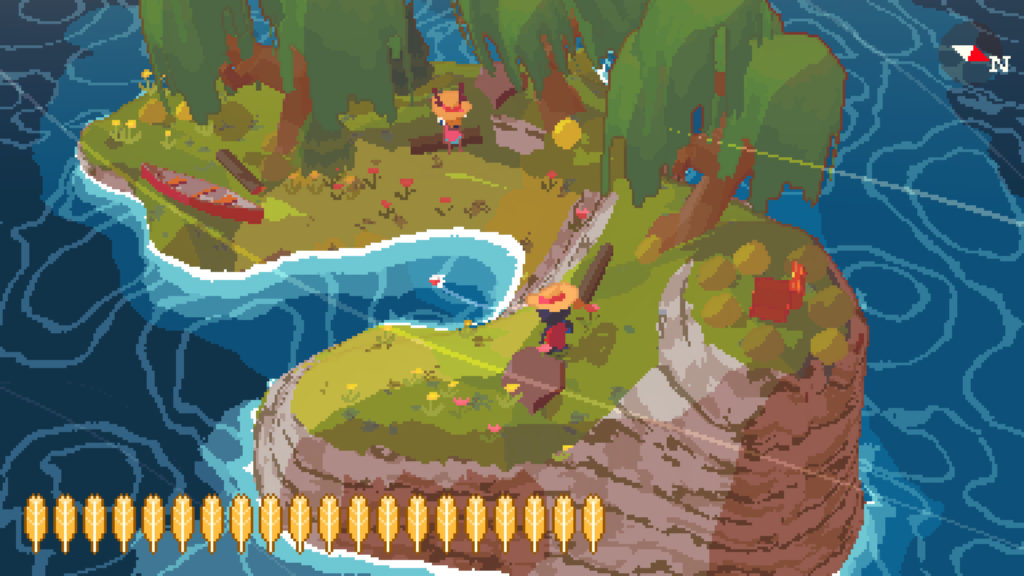