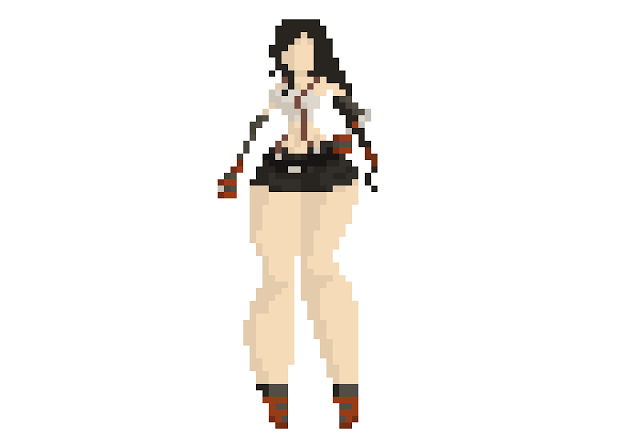 It feels like ages since I’ve done one of these. Figure I may as well do the most famous Final Fantasy girl there is. Rivaled maybe only by Lightning.

Work on the new house is going well. We’ve now scrubbed every square inch of the inside of it, getting rid of any grease left over by the people who were there last. The walls have had their holes filled in and I’m currently filling in cracks. We have the undercoats of paint ready to slap on the wall (although we have a complete lack of dropsheets and paintbrushes at the moment that we’re hoping my folks will provide.)

We’ve figured out rates and bills and things pretty much and we’re left with a couple of dollars at the end of it to do whatever we like with. We’ll still be living comfortably, like we’re not skimping on food or anything, but buying a new graphics card or chucking bblenders out the window at people will be out of the question now.