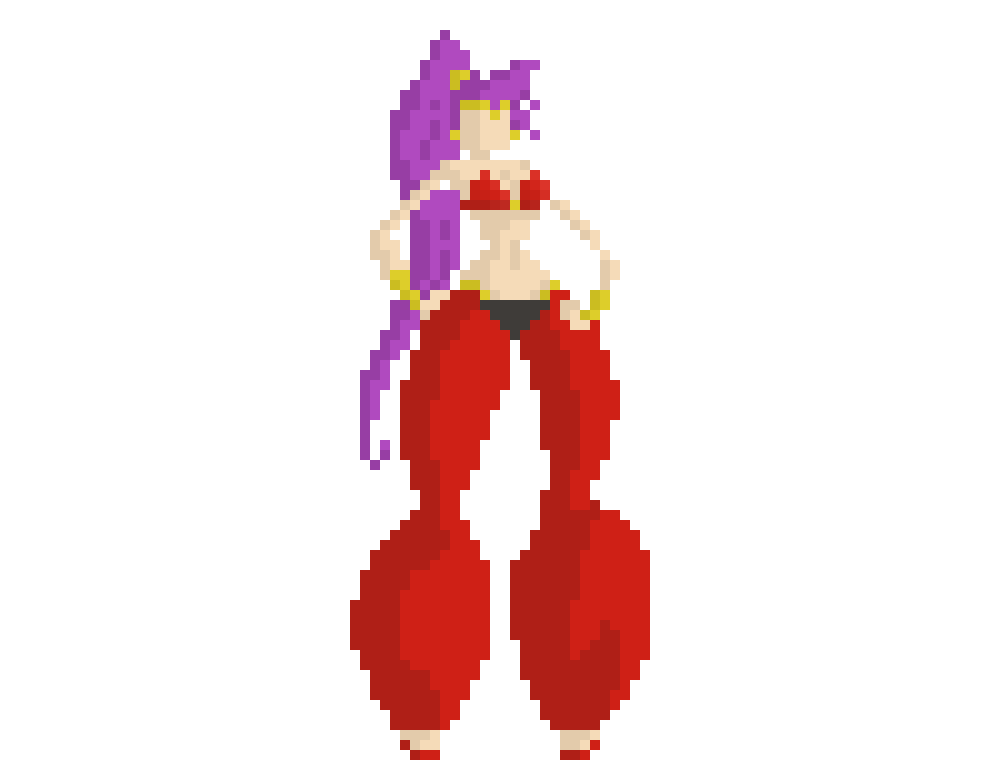 I first became aware of Shantae when I was first digging into the pixel girl series. I believe Matt found her for me. She’s from an oldschool Gameboy Colour game which has quickly gathered a life of it’s own.
The fan animations of her are totally adorable, Negilim is a super talented animator it seems.

She first came out on the Gameboy Colour in 2002. Unfortunately the Gameboy Advance had come out a year prior so the game didn’t really go mainstream even though it had GBA support.
That didn’t stop the game from garnering a cult classic status as one of the best Gameboy games ever. Since then it got a re-release on the 3DS and quickly built up three sequels. Go hunt down the PC and iOS ports if you can be bothered.
A fourth sequel has been successfully crowd funded on Kickstarter. Mariel Cartwright, animator of Skullgirls is on the team animating Shantae. The new look is very Rayman: Origins to me.

Expect to see more characters from the studio and the series soon.