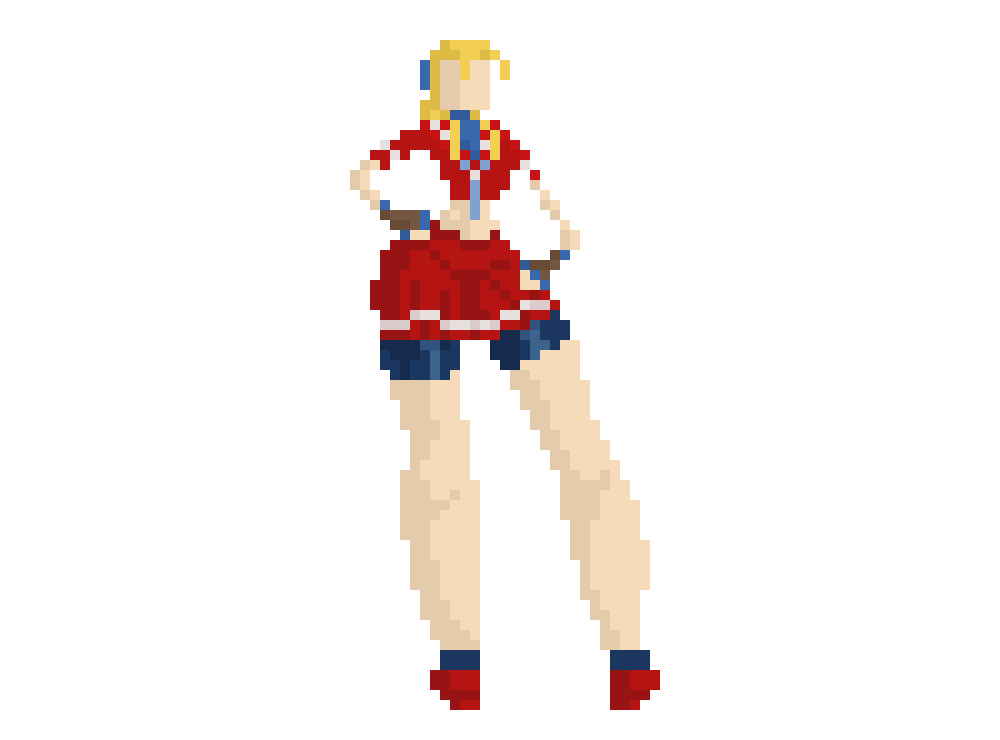 Karin doesn’t appear in a lot of the Street Fighter games, but she’s still managed to be one of those characters that’s recognizable from the series. There’s no 3D versions of her, so all official ingame art is still sprite based, even though there are some cool illustrations out there.

Her main appearance was in Street Fighter Alpha 3.

Apparently you can customise Lili from Tekken to almost look exactly like her. Her character is based on Nellie Oleson Dalton from little house on the prairie. Except I guess in an alternative universe where she can kick the shit out of people.