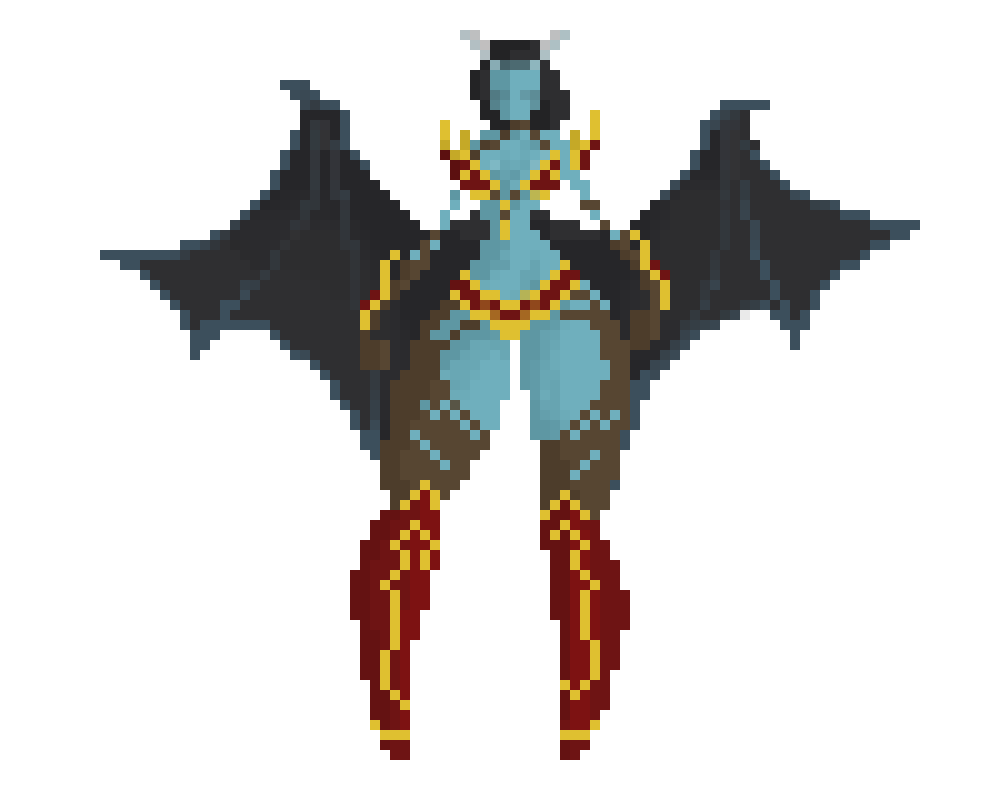 I interrupted +Josiah Spackmans night suddenly with “Who’s DOTA’s best female character aaaand GO.” “Queen of Pain. Why?” “8Bit.”
Thanks for putting up with that man.
I figured I’d dip into the DOTA characters a little. I used to be worried about doing an entire games worth of characters before moving onto the next one, what with the precedent I set with my Tekken Chicks. But after dipping into a couple series and getting bored of the dregs that are usually left over I’ve started to become more brazen and cut throat with moving on. It doesn’t mean I won’t come back, don’t worry about that.

Anyway, a bunch of my mates love DOTA. Personally I dug the Free to Play documentary, and I love that E-Sports are becoming a thing, it flips a lot of preconceptions about sports on its head, and it’s in an accessible place for me. Maybe if someone made a really good Battlefield E-Sport event I’d be more keen. The EU vs USA thing would have been better if it had actual heats etc that would have a ruling team at the end, instead of a bunch of celebrity Youtubers and some guy from Xbox.

0 Thoughts on Queen of Pain – DOTA2