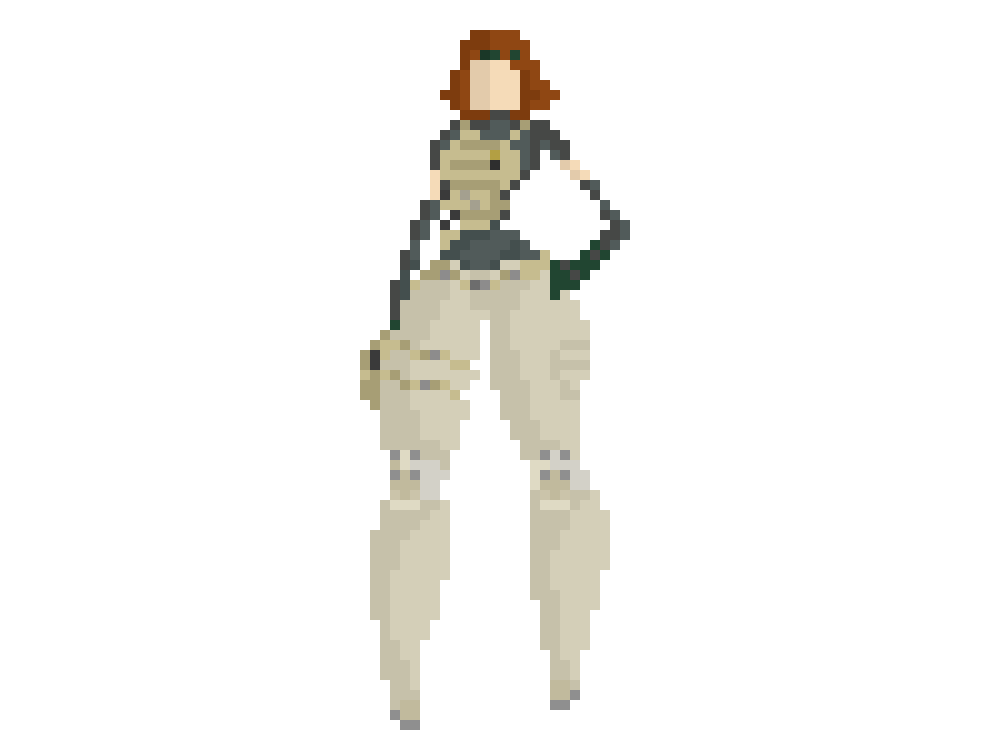 I got told that my solitary Silent Sniper was the least important Metal Gear character I should do. +Jeff Hunt helped me solidify the lineup list for who I’m going to do in the Metal Gear series, which is good. I missed 3 characters from my initial list. There seems to be a lot of passion around Metal Gear. It’s a game that you either love, or have never played before because you owned an Xbox instead.

I’ve been getting the full town experience recently. A friend Frank from Headspace who’s been holed up in Tauranga came up for the weekend. We decided we were going to go to Zinefest. Unfortunatly we were really late in getting there but it didn’t stop Becky from sidetracking us into a little nick nack store. I was feeling pretty queasy from lunch and I had a headache so Becky gave me some Panadol. I can’t really swallow pills with water, so I just dry swallowed the first one. The second one was a mistake and I didn’t too soon. I’ve never filled my mouth with vomit before but inside this little boutique I did. I stared at the group in horror, then ran out onto K road and emptied my mouth into the bin that was thankfully right outside. Leaning on the brim I looked down at my handiwork. Two little pills sat demurely at the bottom of the bin. What a waste. The store girl didn’t look up once.
So we headed off to the arcade where Zinefest was meant to be. Except this year they had moved. Shit. Time was against us. Frank was freaking out because he had to pick people up from the airport soon, and Becky was freaking out because she didn’t want to miss Zinefest for the 5th year in a row.
So we strode off towards its new location.
As we approached the crossing, Frank looked aghast at the rainbow flags at Family Bar.
“Is that a Gay bar?” he queried. “Ha ha, you really have never been on K Roa-” I began to respond.
“DID YOU SAY GAY PRIDE?” A man literally jumped into the conversation, his body propelling him between us, looking at us with wild eyes. I wasn’t very aware of what the specifics of what he was saying, I don’t think he was either.
“I was at family bar the other night and yeld my name and gay pride and everyone yeld it back and now my name is getting world famous all around the world and I’m getting big on the internet.” he garbled at us. Frank started to ditch me and Becky is already ahead of us. Scattering like true friends wouldn’t.
I nod politely to the guy “That’s cool man, have a sticker.”
The man looks at my sticker with hungry eyes, laughs manically for a second, thanks me, then crosses through a red light. We watch him go.
“Should we go in the opposite direction?” Frank asks, suddenly by my side again.
So in our rush to get to Zinefest we instead go to Starbucks and sit for half an hour waiting for our coffees that were waiting for us on a bench somewhere else the entire time.
About the only thing we didn’t manage to tick off our K-Road bingo chart was a Tranny. I guess you can’t have ’em all.