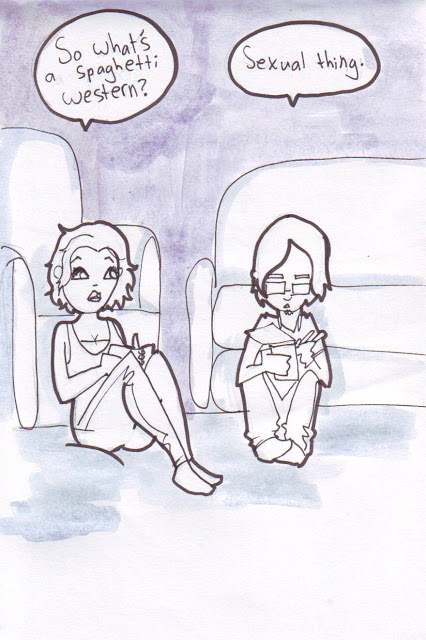 I always screw up the eyes during the inking. Ill get it eventually. Becky asked me this question right out of the blue. I presume she heard her film buff brother talking about them at some point.
Spaghetti Westerns was a sub genre of the regular western where the protagonist would be trying to hunt down and kill the infamous Spaghetti Monster. Much like Cowboys and Aliens the plot was deeply philosophical. Most duels would be verbal debates, iconic for their quickfire replies and sudden camera changes. Most endings come with a twist where the protagonist wakes up and realizes it was all a dream, and he’s really being used as a human battery to power his machine overlords.