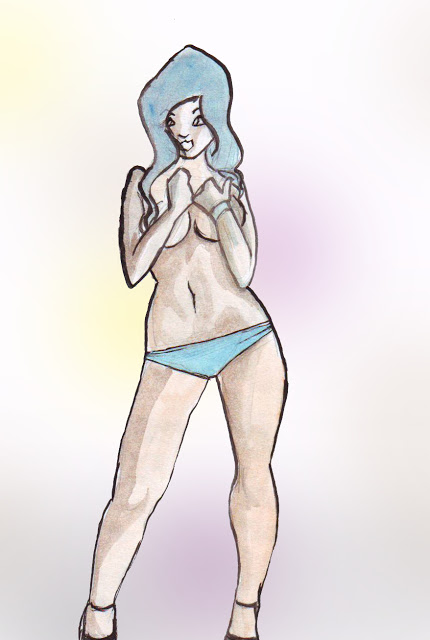 This is another one of those doodles that won’t make it into the “best of doodle a day 2011” books Ill probably put together. I’m both excited and daunted at the moment. I’ve been lagging behind with these doodles for the better part of MOST OF THE YEAR. Ever since I got glandular fever really. I caught up a few times, but by then my rhythm had been thrown out of kilter. I’m now twenty days away from the end of the year and I’m about a month behind. It’s going to be a real stretch if  I want to be done before new years.