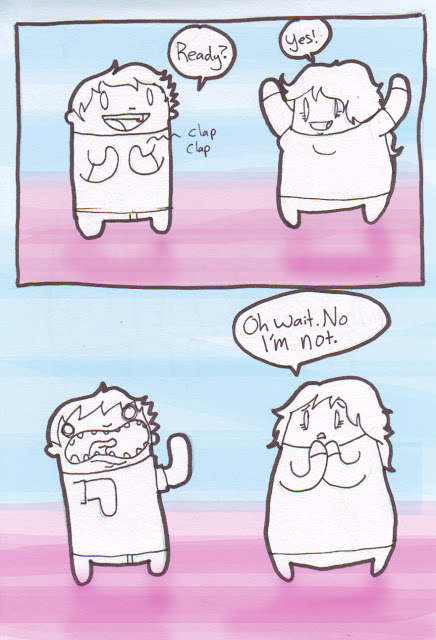 Drew this while listening to everyones Blah Blahs. I probably shouldn’t be so harsh about the presentations. It’s just that there wasn’t anything new to say about what we were presenting.
Death Cab For Cutie released their “Codes and Keys” album earlier this year. Now they’re getting ready to release the Remixes CD on November 22nd. I wasn’t really that rapped with Codes and Keys, but the remixes really aren’t half bad.