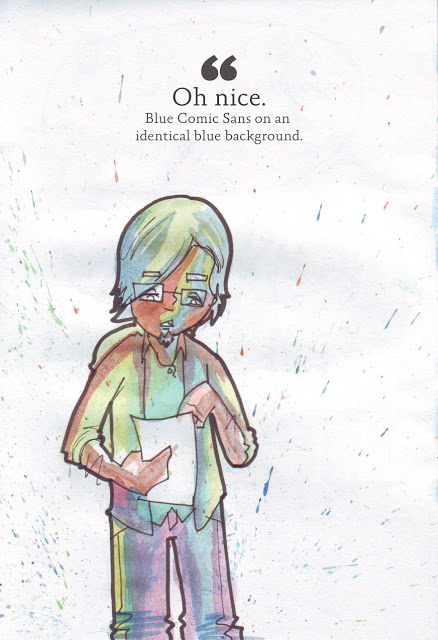 True story. Although it was actually on a powerpoint presentation. Fortunatly they also thought a gradient would look super slick, so the blue slowly faded to white, so at least I could read half of what they were presenting.
Last week Mutemath released their next single off the album Odd Soul. The full album is coming out just around the corner, October 8th. I’m pumped.