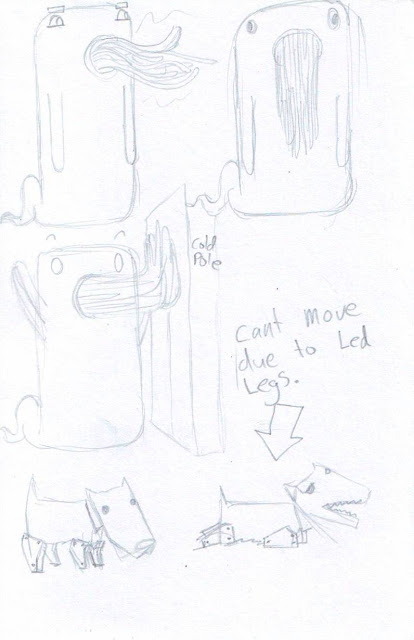 So the first beasty seems to have tentacle things coming out his mouth, and he uses those to attack you with. The second is a fairly standard dog with Metal bricks for legs. Robots don’t really know what to do with dogs. It guards things. But can’t really move around. You can call it inhumane. But that’s because it is. Because humans didn’t do it. So it’s perfectly legit. It’s almost proudly inhumane. If I was a robot I know I would do that sort of thing just to make a point of being different.