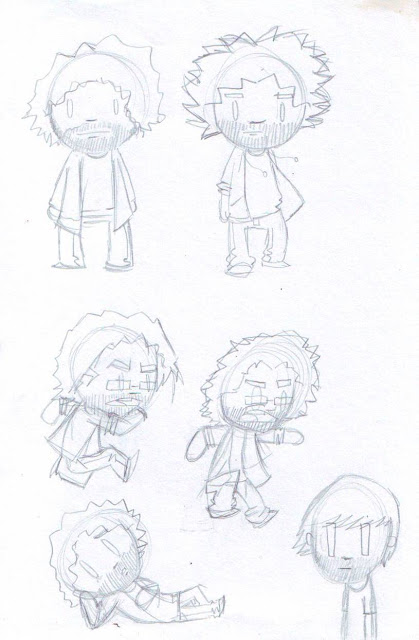 So we realized that there’s never really been a decent hero with a beard. Most bearded game characters are big muscly secondary characters. So we wanted to make someone likable and fairly normal. Thus the totally original character MATT was born. He grew up, got a degree in talking to computers and then started to make a game about a character based visually on him.