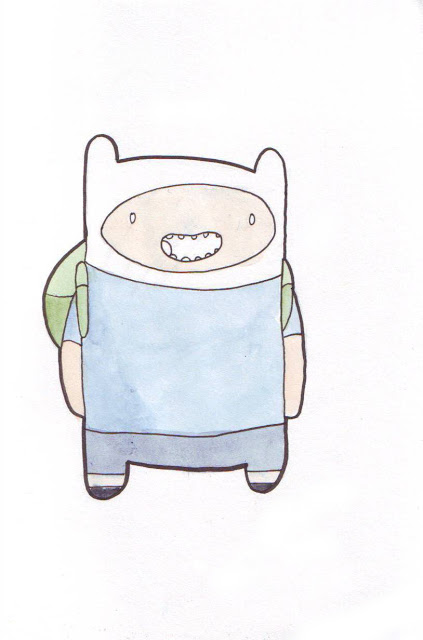 This character isn’t iconic yet, but one day it will be up there with the rest of them. This is Finn the human, from the relatively new series Adventure Time on Cartoon Network. I don’t want to gush on about its quirks, but Ill tell you it’s definitely worth your while checking out. As soon as I saw it I felt like they had brought my blobby person world to life, although it deals with less relationship drama than my blobbys do. I would go as far as to say it’s better than Spongebob.
Jake the dog, Finn’s best friend and backup when he goes on adventures, is voiced by the dude who does Bender btw, if that means anything to you.