And you know, I think watching people skate down the disability ramps with their fortnights worth of shopping is perhaps the most pure expression of joy I see adults regularly partake in while in public.

After the break we have a new review by Nile Bigboy about Black Ops 4. Personally I haven’t played it yet, but I’ve heard good things about gameplay in general, but a lot of bad press about microtransactions. Let’s take a look… 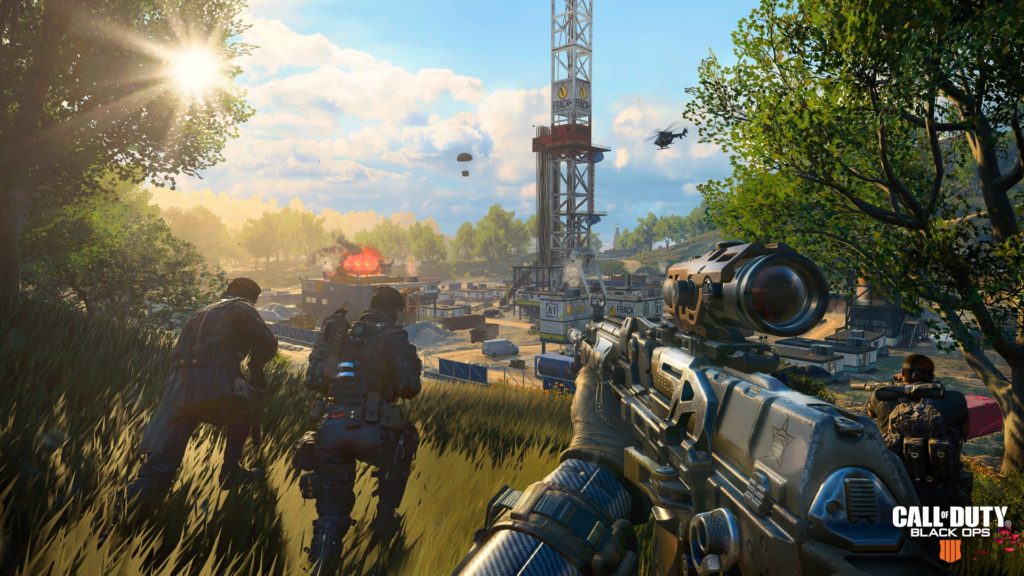 Unfortunately our Activision contact ran out of review codes for Black Ops 4 before we could get our mitts on one back when it launched and I’ve been sinking my money into a project car that is finding more and more unique ways to remind me I’m not a wealthy Youtuber (yet). Add in the fact that Battlefield V has been taking most of my gaming time and there’s very little time in the day left to actually buy the latest Call of Duty entry. However, Black Ops 4 has just had a free weekend, which I used to finally taste the finished product.
I played the Beta on PC and while the gameplay was fun, I was hampered by performance issues that made it difficult, to say the least.

The free trial only gives you access to Blackout, the battle royale part of the game. Much has been made of Treyarch’s decision to ditch singleplayer entirely and focus only on multiplayer, so I won’t bother going over that apart from saying that I don’t support it.

Getting into the game and I quickly figured out that it’s still BLOPS4 and it’s still weirdly difficult to run. It doesn’t look as good as BFV and yet I can run that game on High settings with a smooth 60fps. Black Ops, on the other hand, doesn’t get much above 50 with graphics settings reduced as far as I can. I know my PC is aging but this is a bit silly.

It’s standard BR fare here. You get dumped on an island, find guns, kill the enemies, don’t die. Watch out for the circle, it’ll getcha. Close the door behind you, dumbass. It’s Call of Duty’s take on the subgenre, and it’s pretty good. Grating performance issues aside, the gunplay is as tight as it ever was. Excluding the time I was about to murk someone doing a great job of missing me with their sniper and the game crashed as I took my first shot. Gifted them a kill and I scared the dog again. Other than that, no complaints.

The loot is good, with a nice spectrum of things to fiddle with and figure out. You get perks in the form of little briefcase things, which do all kinds of things, including allowing you to see an enemy’s planted equipment, helping you move faster while crouched or prone, and cutting the time it takes to use healing items. Another addition is special equipment such as barricades, mines and the grappling hook. The hook allows you to Spiderman across short distances to escape death or execute unsuspecting campers.

There are also zombies for some reason. Treyarch is very proud of Zombies and, to be honest, is one of the big reasons I want this game. In Blackout they guard high level loot which is dropped through the iconic Mystery Box. Pretty cool but usually a bit of a waste of time as you have to shoot to kill and every player will know where you are if you do. That said, I do love a bit of Ray Gun action.

That about does it for the Blackout part of the game. TL:DR; Fortnite is for 12 year olds – and Izak – and PUBG is all but dead. Until Battlefield debuts Firestrike, Black Ops 4 could be the best battle royale game out right now.