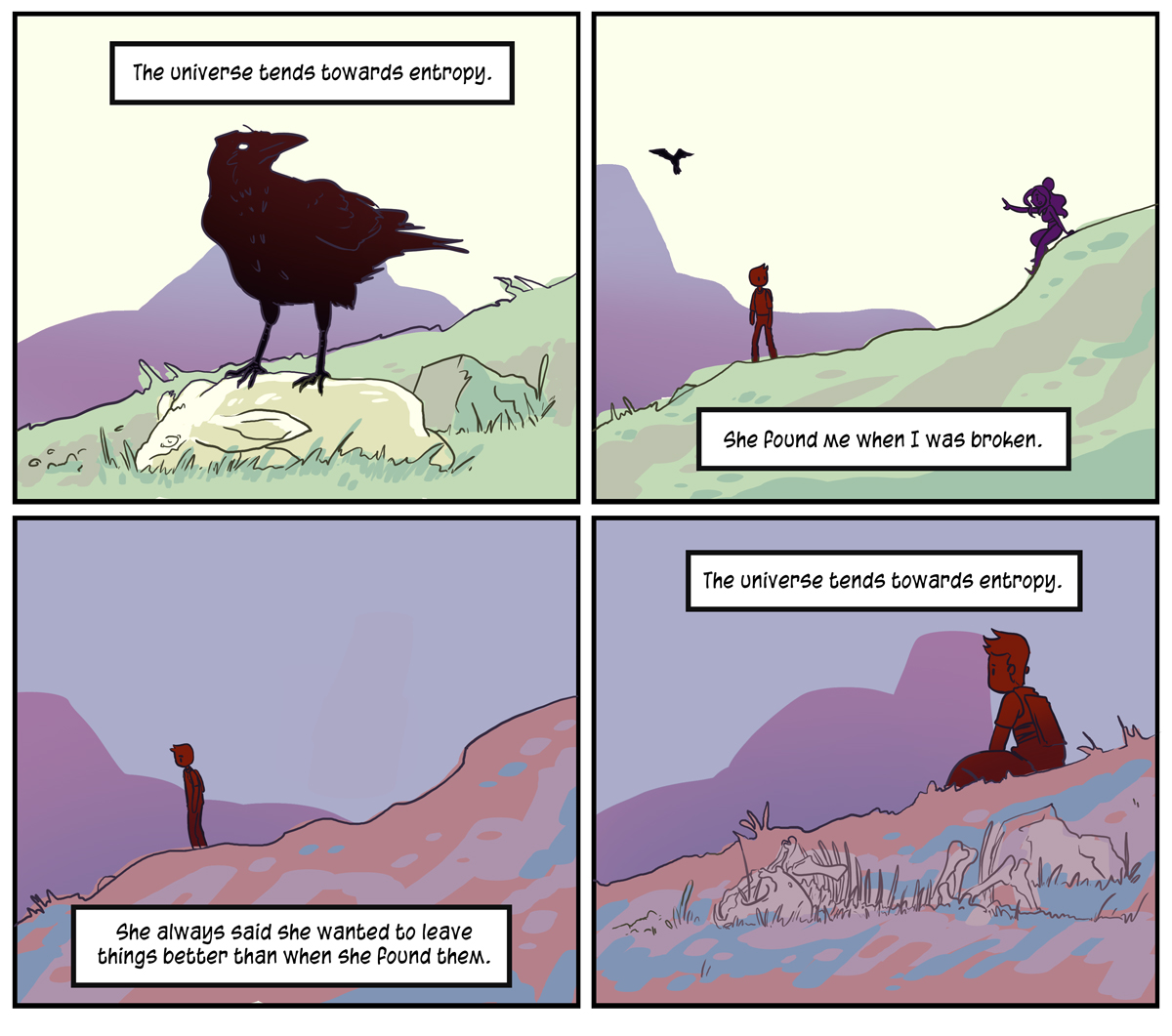 With the universe intent on pulling everything apart, good intentions are not enough.

Figuring out the visuals for this strip was tricky – Izak and I went through a series of iterations, especially in the panels referring to entropy. A planet breaking apart, eggs cracking into a pan, a crumbling statue… In the end, I went for something that I could (just barely) tie in to the other panels. The text came together while we were at Hamilton Zinefest on the weekend, which we attended alongside a gaggle of massively talented people like Pepper Raccoon, Ross Murray, Zee Southcombe and even well respected New Zealand comic author Dylan Horrocks. As usual, the zinefest was a blast and people picked up quite a bit of IZS merch, from pins to posters, some of which is also available on our online store.

We’re considering heading to Overload, the NZ Comic and Manga Convention, later in the year for the first time and we’ve got a super exciting project we’re hoping to get sorted before then. I can’t give any details yet but it’s more ambitious than anything we’ve attempted to date and, fingers crossed, should be pretty fucking cool. So keep your ear to the ground – there’s exciting stuff in store.

↓ Transcript
A recently dead rabbit lies in the grass. It’s not rotting or grotesque yet, but its eyes are milky. A crow perches on top of the animal, looking down at it speculatively. In a second it will begin to tear into it.
Caption: The universe tends towards entropy.

Two alpine hikers on an incline. One is waving, hailing the other. Somewhere between them on the slope is the small figure of a crow.
Caption: She found me when I was broken.

The same frame as the last, but at sunset. A single figure sits on the slope, gazing out at the alpine vista.
Caption: She always said she wanted to leave things better than when she found them.

A clean, sun bleached rabbit skull lies on the ground with grass growing around and through it. At the edge of frame we might be able to see part of the lone figure.
Caption: The universe tends towards entropy.