When you start looking at how the first World War affected the countryside of France, even just from a topographical standpoint, the impact is absolutely staggering. Hills were obliterated, gullies and valleys carved, and whole tracts of forest emerged where it was no longer safe to tread for fear of buried munitions. But of course that’s only one half of the story. Then there’s the human element. This was an inhabited countryside, churned into a hellscape of mud, ruins and the wreckage of men and machines which would never again leave that place. In any war, ones who suffer the most are always the innocent. 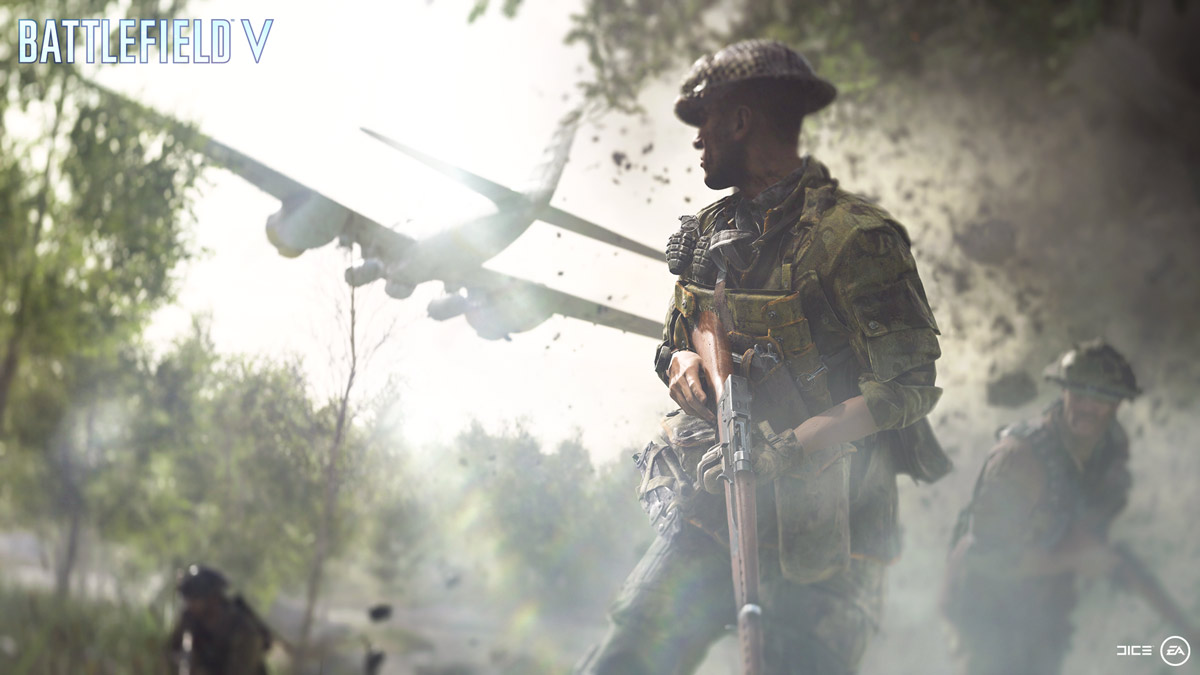 The newest entry into the bi-annual Battlefield cadence is here. Battlefield V reinstates a naming scheme that makes sense and brings gamers from the turn-of-the-century action of The Great War to the massive conflict of World War 2.

Unlike perennial competitor Call of Duty, the latest Dice game has kept the single player component alive and well, like Android phones keeping the 3.5mm headphone jack. In BF:V the campaign is called War Stories, which is then divided into smaller sub-stories. I haven’t completed all of them just yet but the two I have played – Under No Flag and Nordlys – have been a great experience.

Think of an episode of Black Mirror – about an hour of thoroughly enjoyable entertainment that all wraps up in the end, satisfying or not. The only qualms I do have about the single-player, funny frame-rate-in-the-cutscenes issues aside, is that the two I played both tried to cram emotional moments alongside all the action. Nordlys in particular felt somewhat full in terms of the writing – which isn’t a bad thing at all but some minor tweaks to adjust the flow of the story would be welcome. For example (no spoilers) more emphasis on Solveig’s story rather than disrupting the Nazi war machine and saving her mother could establish more of an emotional investment in the story.

Like everyone else, I love a good stealth mission, and Nordlys is about 85 per cent stealth. Lovely. You know what the cream on top of the pie is for stealth? Graphics that make you feel like you’re actually sneaking through Norwegian winter when, in reality, your skin has stuck to your pleather office chair because its early summer and moving your leg stings.

Dice games have always been about beautiful scenery, and the latest version of the Frostbite engine is in fine form. Particularly in single player, where framerates are typically stronger than multiplayer. My slightly aged rig managed a mix of Ultra and High at a stable 60fps and man it looks good. 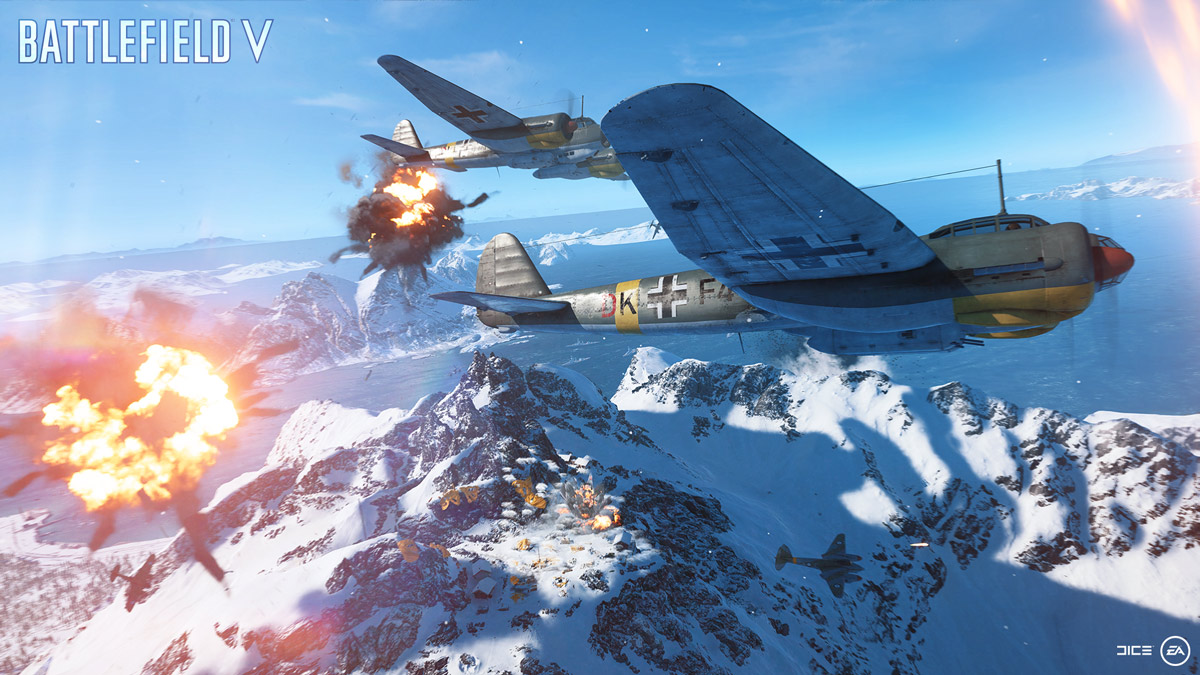 The snow in Nordlys and the Mediterranean sun in Under No Flag, which puts you in the shoes of one of the very first SAS operatives, look brilliant. The water in the latter sparkles like it should, and those with the new big-boi Nvidia RTX graphics cards will be able to crank real-time ray tracing to enjoy it even more.

Another facet of BF:V that I feel doesn’t get as much attention is the audio. A game can look the business but if the audio smells of Garageband the experience diminishes somewhat. Dice has always put in the hard yards on its audio, and it shows. Setting it to ‘War Tapes’ makes everything sound more… Battlefield, meaning louder explosions, more vicious gunshots and a better overall experience.

What of multiplayer? It’s Battlefield. Dun-nun-dun-dun-nun-NUN, and all that. Planes hurtle overhead, strafing sprinting soldiers with heavy caliber gunfire while cries of agony undercut the crack and ring of bullets overhead. It really sounds like that too, I’m not just harping on with my English degree.

I will say, if you’re not prepared to die a lot, you might not enjoy this too much. Often there are frustrating periods where you’ll get killed by some Neanderthal proned in a group of trees half a kilometer away from anything helpful, blasting away on his kitted light machine gun. 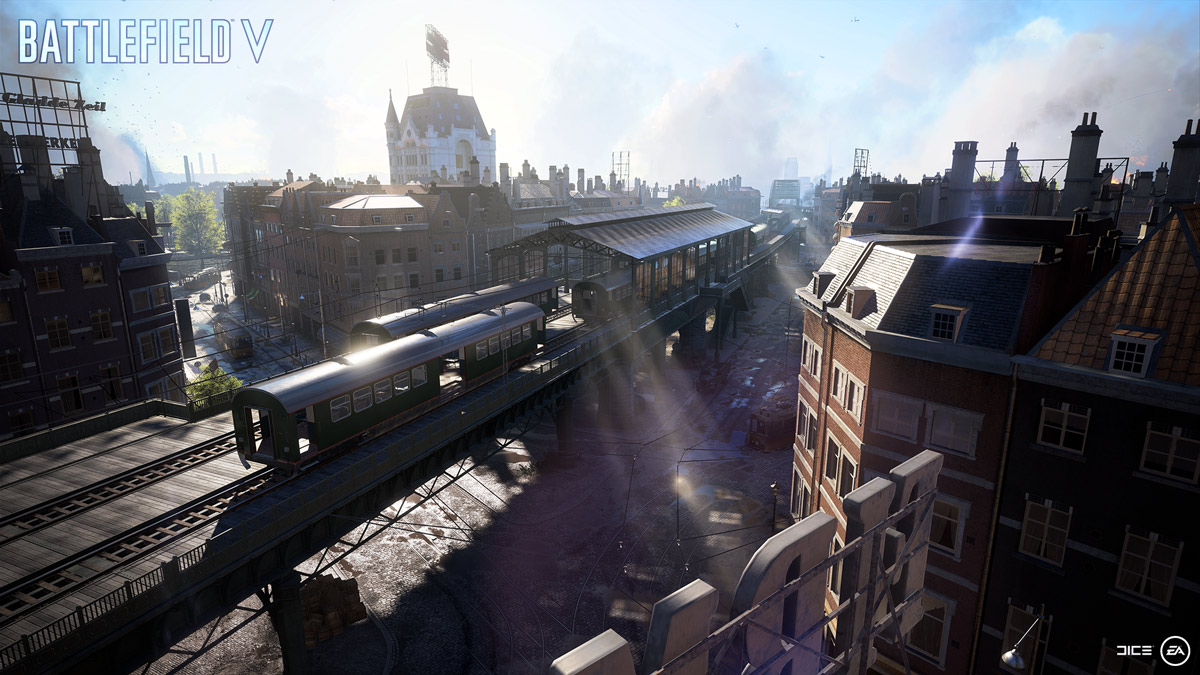 Other than that, I’ve been having a blast, with around 15 hours logged so far. The guns feel well balanced, and Dice are actively monitoring things to keep it all in check. Example, I’m currently downloading a 1.5gb patch which should nerf the bombers, which currently wreak havoc unless put to sleep by an AA cannon quickly.

The maps are good too, with none standing out as “that one you skip.” In fact, I’ve enjoyed them all. Fjell 652 is probably my favourite at the moment, set high in the Norwegian mountains (detecting a theme?). It has a nice in-out flow between the points, without much distance to cover and action never far away.

Game modes consist of the classic Conquest, Domination, and Team Deathmatch, with Grand Operations evolving from BF1’s Operations mode. It’s essentially one long, multi-objective-based-mode game set over three in-game days. A story loosely connects the days, and changes depending on your teams performance.

Another addition is Breakthrough, where the map is divided into several sectors, all owned by the defending team at start of match. If you’re on the attacking team, your goal is to take the sectors one by one in a sequential order, which is done by controlling all the sector’s available capture points. Battlefield 1 players will recognize Breakthrough from Operations, where it was the sole game mode. 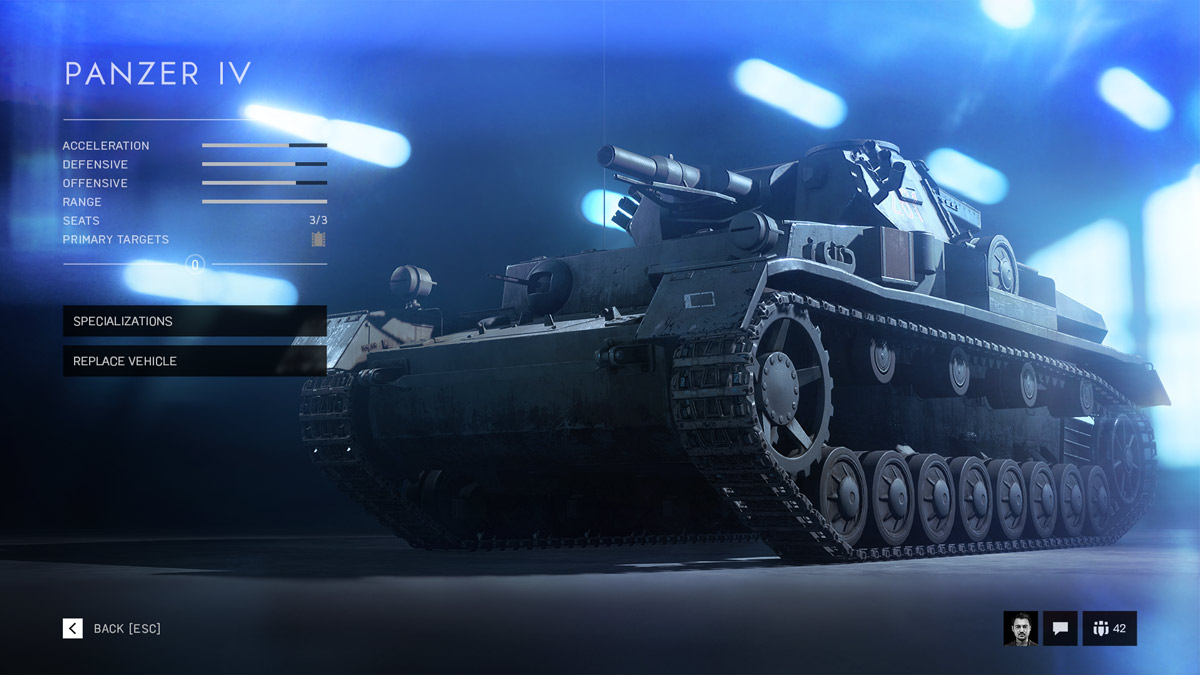 Finally, there’s Frontlines. Both teams fight for control over one flag objective at a time, unlocking the next one to push the frontline towards the enemy base. Conquering the last flag opens the enemy base, and their Strategic Objectives become vulnerable to planted explosives. It’s great fun.

Battlefield V isn’t without issues, although thankfully reduced to some weird animation bugs, framerate dips at points, and black loading screens after MP games. Easy fixes, and probably already fixed now that my download has finished.

Worth a buy, then? Absolutely. If you like Battlefield games, you know what you’re getting into. It’s evolution here, not revolution (or Levolution), with many steps forward and very few steps back. Still on the Fortnite buzz but irritated by the dances? Stay tuned for the Firestorm battle royale mode, coming soon.

↓ Transcript
A poor 1910’s couple walk away from a city, a winding road ahead.
Caption: We always dreamed of escaping the city

A bucolic scene on a farm. They are happy.
Caption: settling down in the countryside; spending the rest of our lives together.

The same frame as the previous panel. The buildings are bombed out, the grass has been churned to mud, WWI era soldiers advance across the ruined farm. A couple piles of debris might be human forms (same clothes as previous panel, if you wanted to make it more obvious).
Captions: We managed that, at least.

0 Thoughts on The Rest of Our Lives