I’m not sure how to talk about this comic in an appropriate way. Instead I guess I’ll just leave it here like an admission no one was expecting and no one wants to address, just hanging in the air till we crack a joke and move on.

In other news, I’m sick as shit right now. So there wasn’t a stream for this strip. People would have just got a bleary eyed Me, forlornly staring into the screen, getting up to go blow my nose far too often. Hopefully I’ll be good by Tuesday. I’m flying out to Sydney to take part in a Microsoft Xbox conference. Unfortunately I can’t say much more than that due to embargos and shit.

I did get some extra-curricular drawing done though! Check these chicks out! Fire and Water nymphs. If you have a good name for them shout it out and I might just pick it up. I really want to do a story with them, but until Kristof comes up with something they’re just fun concepts. 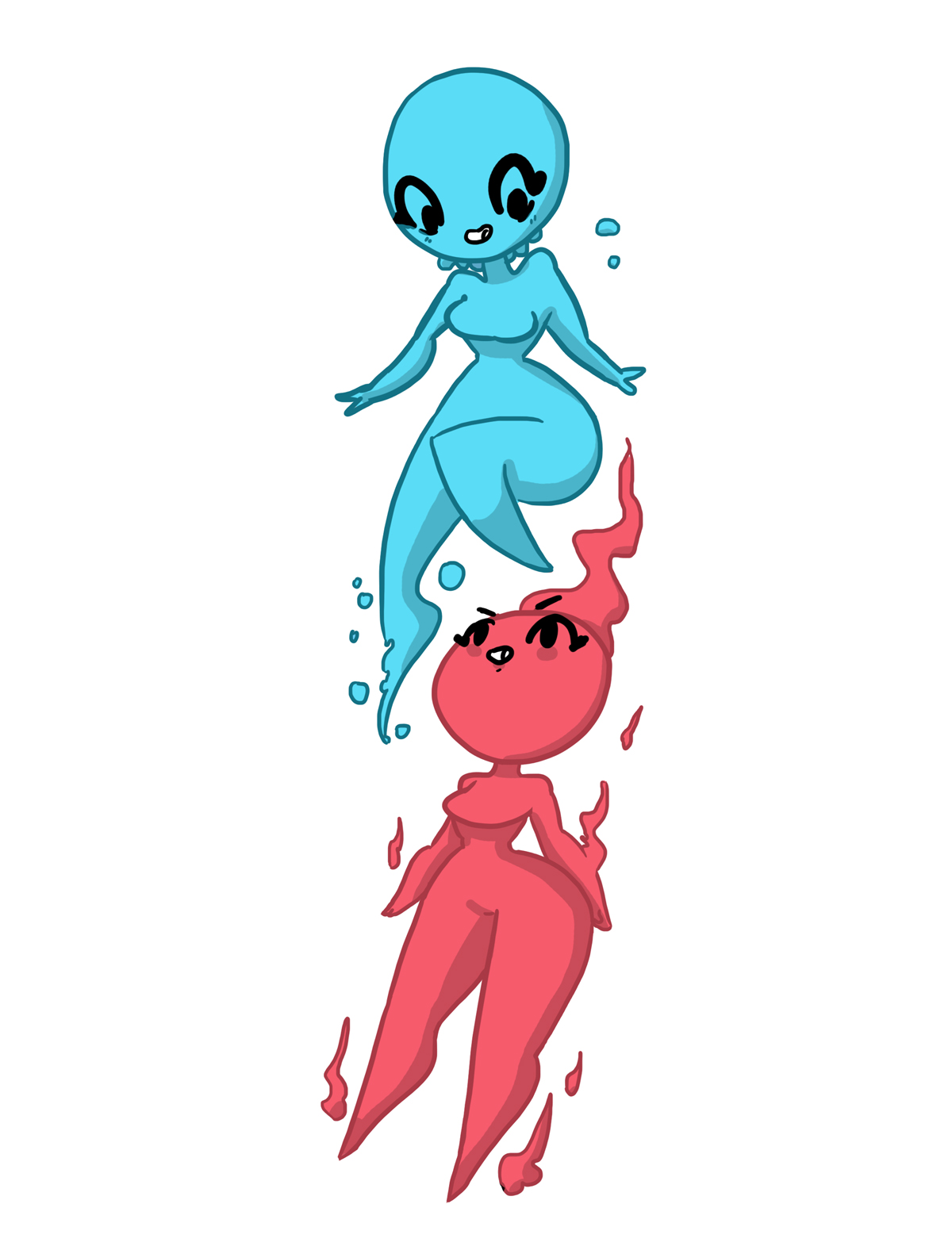 ↓ Transcript
She filled the house with knick knacks.

I can’t seem to throw them away.

0 Thoughts on The Clutter