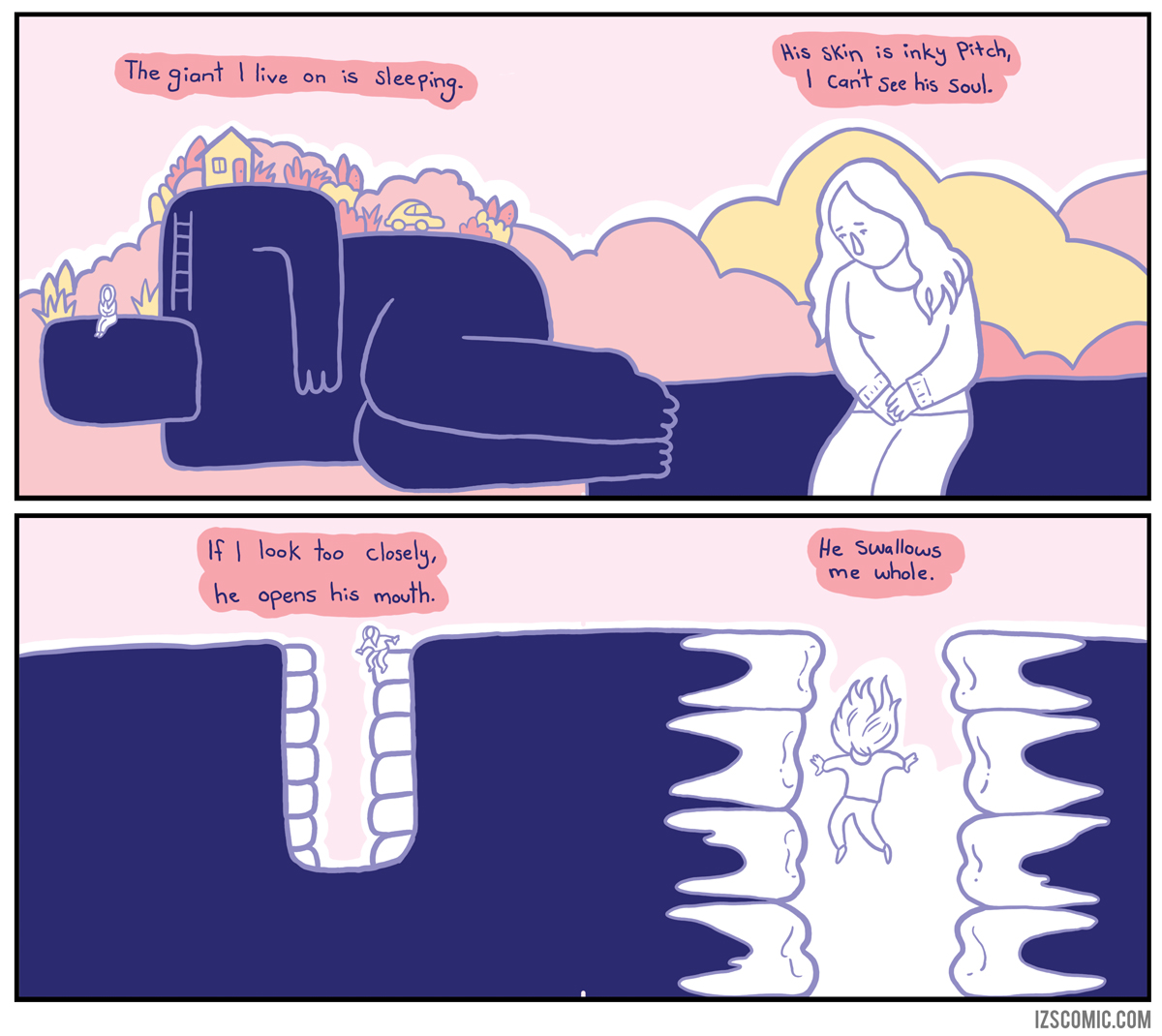 The truth for a lot of people living with depression is we feel as if we’re living on top of it, living with it or living underneath it. As if it were a presence in our lives rather than a mood which passes. I tried to portray what it was like living with a creature like this in my zine, which then evolved into today’s comic. You can’t ignore the creature, it is living underneath you. You are not simply in possession of “moods” that swing in and out of your mind like the day’s weather. If depression so chooses, it will swallow you whole.

About a week ago I had this line running through my head, ‘the giant I live on is sleeping.’ I had no idea what it meant or why it kept popping into my mind, never the less I wrote it down in my notebook.
A few days later, in the middle of the night, the poem my subconscious was percolating came fully formed into my head, the light went on (much to Izak’s displeasure) and the poem was absorbed into my book.

It didn’t stay long in my notebook, however, as it seemed determined to make its way into the world. I’ve spent the last few days tirelessly crafting it into an art zine, which you can now purchase in the IZS store. 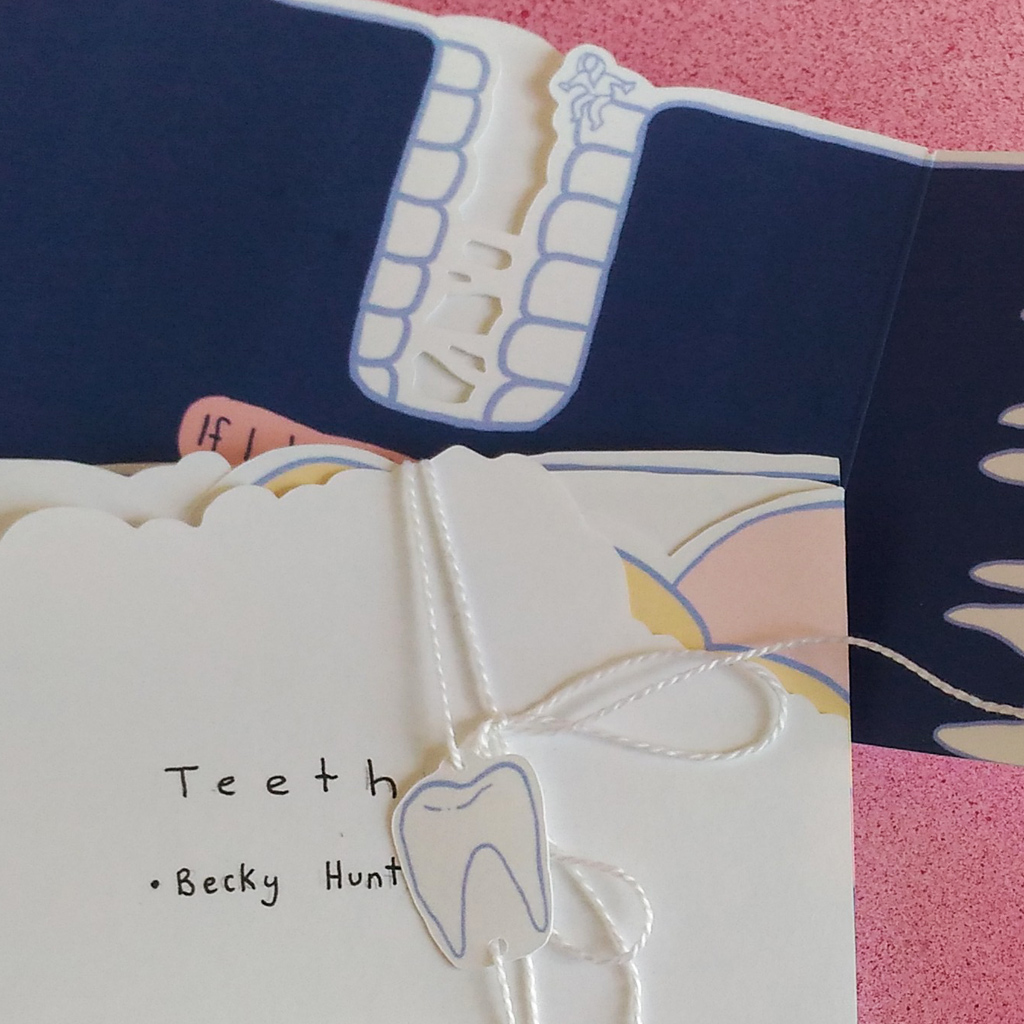