Hi guys!
I’m back for another slice of adorable pie. I hope you liked this one, it popped fully formed into my little brunette head.
I like how we ol’ brown haired girls get our own very special french word for a hair colour that is essentially the same colour as a healthy shit.

Every girl needs a special descriptive french word every now and then.

Take the claustrophobic atmosphere of the previous Metro games and swap it for a steam train cross-country trip featuring the colour grey. Add in a dash of S.T.A.L.K.E.R and that’s Metro Exodus, 4A Games’ first proper foray into the open-world genre. Aside from a few stumbles, it’s a winner.

Well, “open-world” could be a bit generous. It’s better described as “several large areas with cutscenes in between but still with the ability to explore.” Does that make sense? No? Sorry. Let me try again.

The game centres around Artyom, the eternally-sad-and-silent hero, searching for human life outside the metro. His intuition is bang-on and it turns out there’s a far deeper plan at work than the metro refugees thought. That sets up the exodus (LIKE THE TITLE) from Moscow’s underground train system as he and his party of Spartans take on the barbaric new world in search of answers.

Your primary mode of transport is a Soviet-era steam train named the Aurora, taking you from area to area. This is a big change from the rigidly linear style of the previous games and a welcome one. It opens up the world and while that expansion is a big undertaking for a relatively small developer, 4A has made it work. Each area has its own charms and perils – the Volga River features villagers who worship a giant shrimp, the Caspian Sea is now a miniaturised Mad Max-esque desert while Taiga is a lush forest. Each place is a marked step away from the greyness and dankness of Moscow and its tunnels. Bandits, mutants, and radioactive anomalies remind you that it’s a hostile place, reinforced by the typically brutal Metro gameplay. 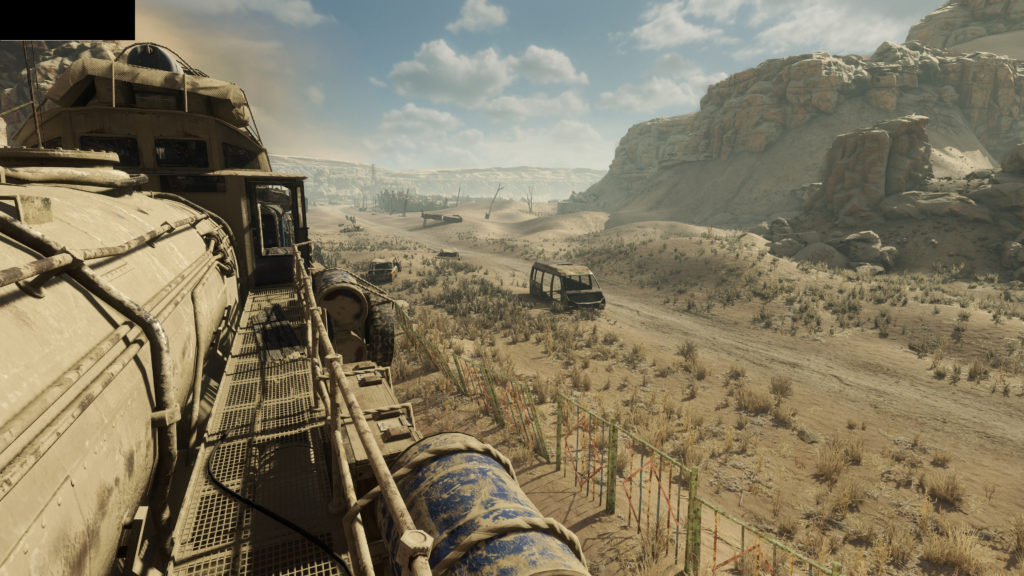 Bullets are few and far between, although now you can craft them via workstations. Gas masks break and there will be more than a few moments where you start panicking because you’re out of filters. What do you do? Kill someone and steal theirs, obviously. It’s a dog-eat-dog world here, despite the new areas and settings. Especially if you play on Ranger mode, which removes the hud and reduces the drop-rate of consumables.

A new backpack acts as a mobile workstation with less functionality. It lets you customise your guns with new additions and craft a few select items like health packs. The backpack means you can kit out Artyom exactly how you like it, which makes the game feel more personal. You’re making the journey, not just guiding a character along a path.

Enemies comprise of returning classics like the Nosalis (a messed up mutant mole thing), Lurkers (bald possum) and Watchers (angry wolf with chameleon eyes). A new addition is the Humanimal (awful name) which is essentially just a zombie. Kill it by removing the head or destroying the brain. Oh, don’t forget the bandits and crazed religious nuts. 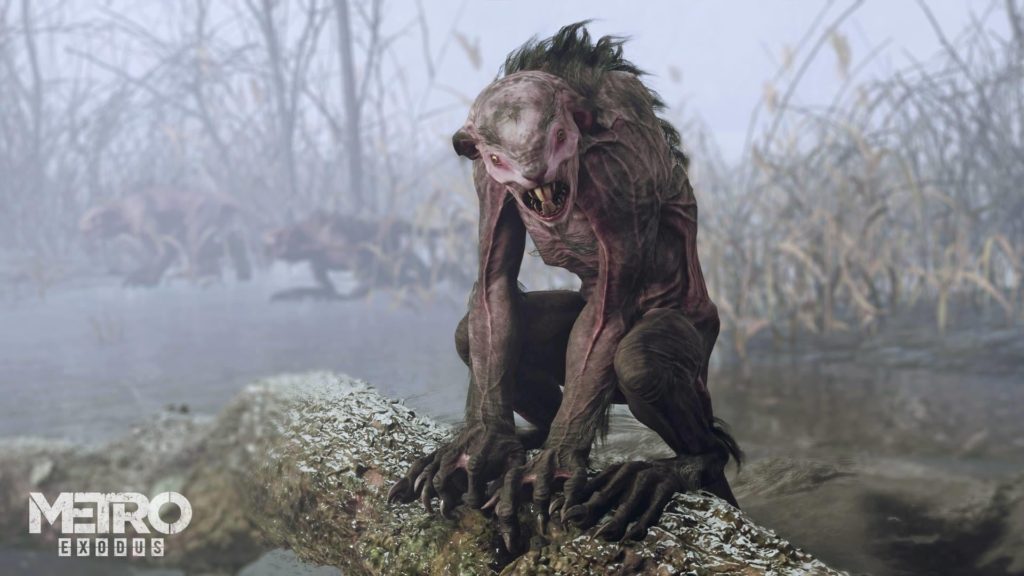 While the gun customisation and free-roaming add new layers of depth and engagement to the game, the voice acting does a good job of removing you from the world. At best it’s passable, with the guttural Anglo-Russian dialect doing a decent job of reminding you you’re in Russia. I understand the reasons why developers feel the need to have English scripts (not least among which being that Americans simply won’t play the game if it’s in another language) but man, done wrong and it is grating. Thankfully there aren’t many cases of this. Most revolve around Artyom not saying a damn word ever, with the other characters talking around him. It’s never really terrible, just noticeably off. Strong, silent Artyom, however… Now that’s irritating.

The voicing is really just a shade of grey in an otherwise tentatively colourful new world, literally and figuratively. And for a small studio, that’s absolutely fine. Exodus is a beautiful game, terrifying and awe-inspiring in equal measures. It may not be completely non-linear but it breaks free of the corridor-action of past enough to make the player feel more active and less passive. 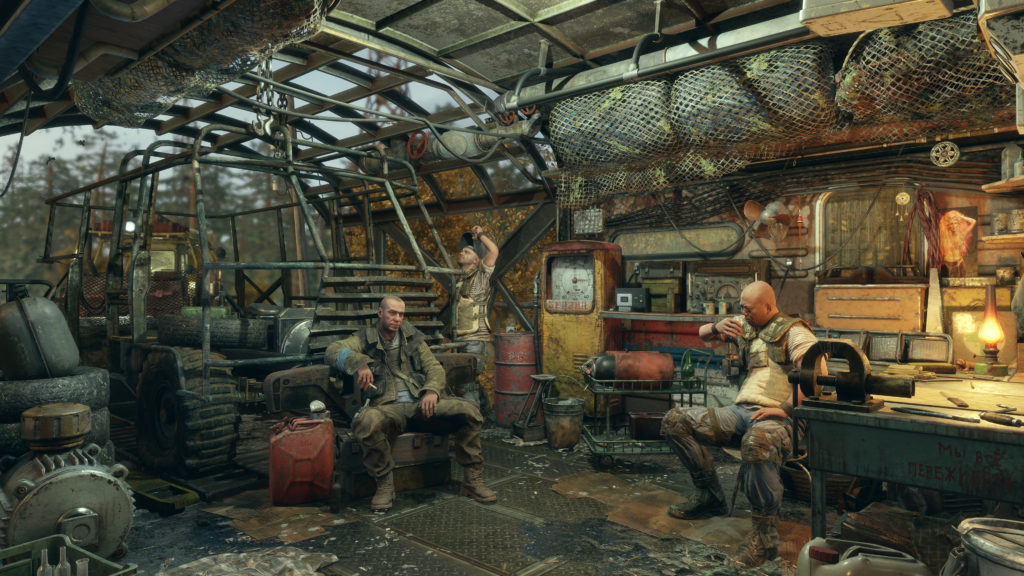 Moments aboard the Aurora are cozy and homely while desperately knifing away a mutant is as exhilarating as ever. I said “tentatively” because while the overall theme is hope, it’s hard to shake the foreboding feelings of previous adventures. It’s like when you look out of the window and see dark clouds on the horizon. It might be hard to tell if they are coming towards you or moving away but right now the sun is warm, so enjoy it. It might not last.