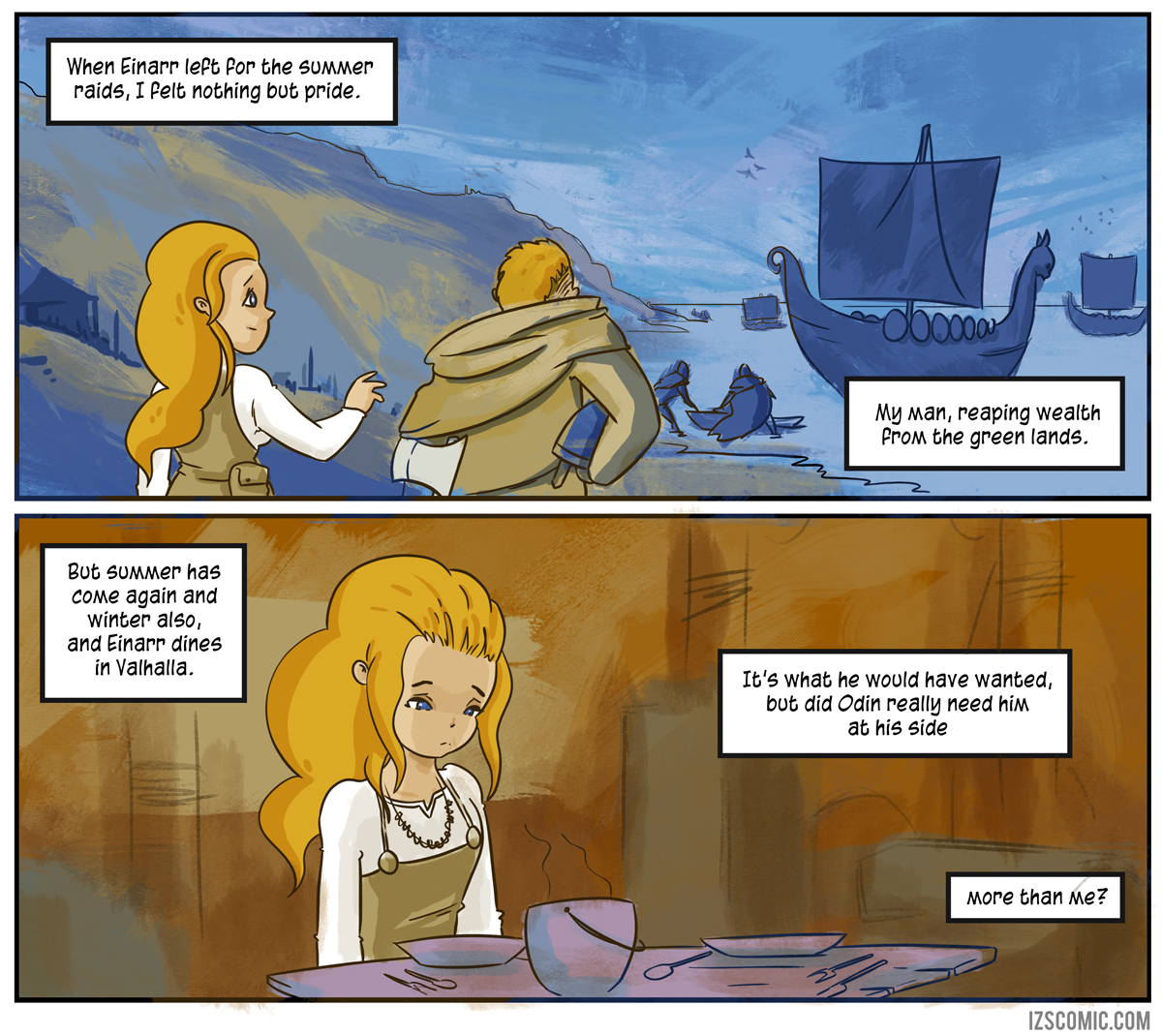 This was a Kristof strip, so the tradition holds that he’d be writing the text for this strip. But he’s MIA doing a play which he features heavily in. In fact I think he’s on stage pretty much the entire time. But I should probably do my best to impersonate him here so you get the right feelings after reading this comic.

Wow. Feelings huh? You think you’ve got them all together and then your husband goes and gets himself deaded Odin knows where. Rough! I don’t know about you but I know that I myself am feeling pretty sad.

↓ Transcript
The shore of a bay. A number of Viking ships sit in the bay, with one nearer to the shore. A Norse woman waves goodbye to the burly back of her husband as he walks to the ship.
Caption: When Einarr left for the summer raids, I felt nothing but pride.
Caption: My man, reaping wealth from the green lands.

The woman sits at a table for a meal in a humble dwelling. There are trenchers and knives set out for two, but she sits alone.
Caption: But summer has come again and winter also, and Einarr dines in Valhalla.
Caption: It’s what he would have wanted, but did Odin really need him at his side
Caption: more than me?

1 Thought on Lost to Summer