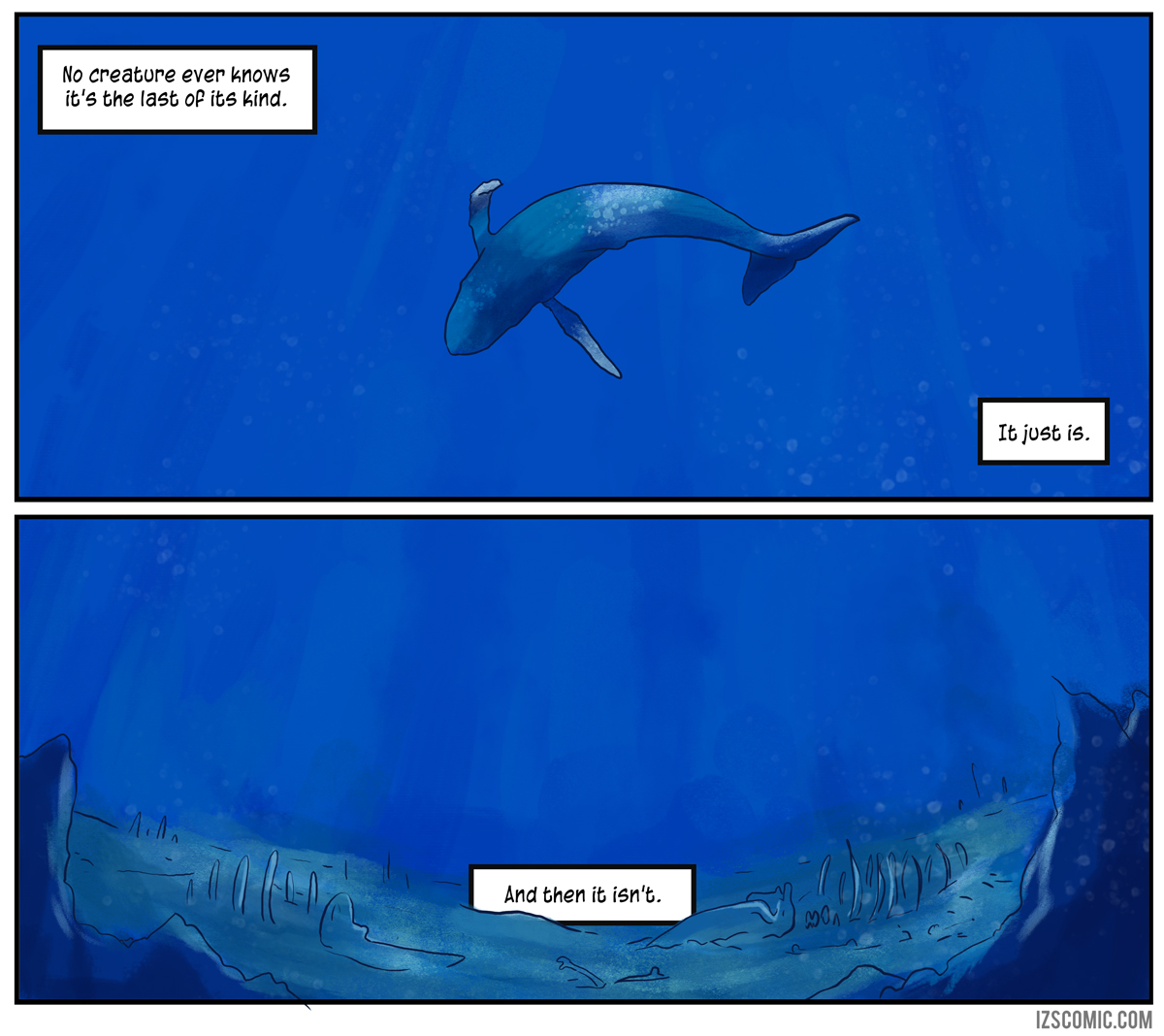 Is that comforting or terrifying? Honestly, I can’t really decide myself. This strip was partly inspired by Cormac McCarthy’s The Road, that most beautiful of all apocalypse stories. It’s pretty damned likely that humans will be in this position sooner or later, given our short-sighted approach to species survival. We really only have one shot at avoiding extinction: get off planet, then get out of the solar system. At that point, we’ll be too spread out for any one single event to wipe us out so our chances go right up. Eventually humanity would split into different species and leave Homo Sapiens in past, but the line will continue. Will we manage it? Probably not. But it’s a nice dream.

↓ Transcript
Two full panels with a single picture across both. A dead whale floats gently down toward an ocean floor littered with bones.

Caption: No creature ever knows it’s the last of its kind.
Caption: It just is.

Caption: And then it isn’t.

0 Thoughts on Last of Its Kind