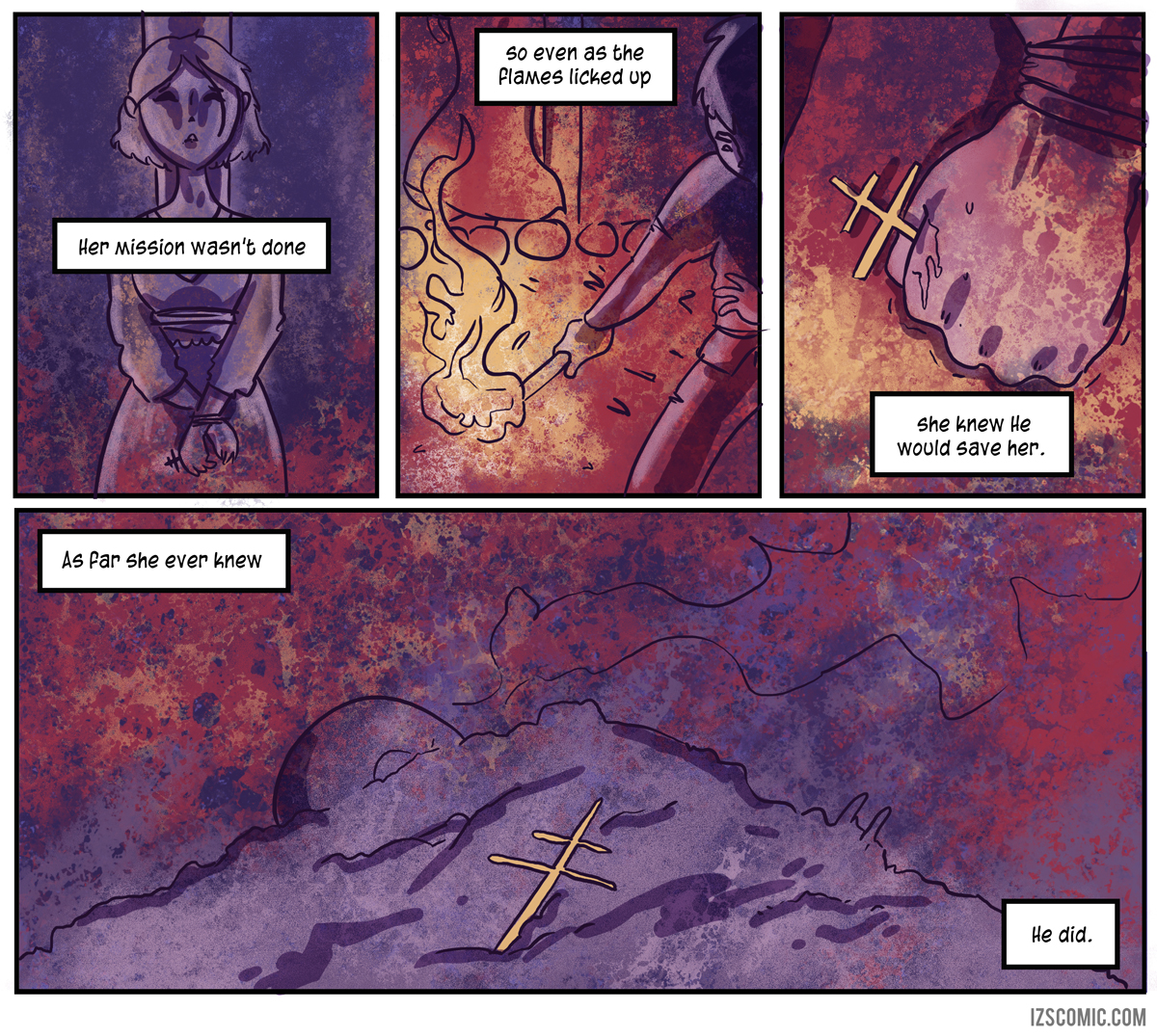 Belief was Joan of Arc’s superpower. That, and the fact that the Dauphin of France was so incredibly desperate that he was willing to try just about anything, including giving command of his army to a peasant girl. But it’s one thing to be given command, and another to command the respect and obedience of hundreds or thousands of men who are going to put their life in your hands. Her iron belief, whatever the legitimacy of its foundations, made a concrete difference in the world, and in a strange way she really was saved by it. She died of course but the idea of her lived on, and it wasn’t too long before her holy mission was completed. You can question belief, prod at its basis and eschew it entirely yourself – but discount its power at your own peril.

↓ Transcript
Mid-shot of a bedraggled but steely Joan of Arc tied to a stake
Caption: Her mission wasn’t done

A flaming torch ignites brushwood.
Caption: so even as the flames licked up

Joan’s hands, bound in front of her, grip a golden Cross of Lorraine very tightly.
Caption: she knew He would save her.

The cross lies partially melted amidst ashes.
Caption: As far she ever knew
Caption: He did.

0 Thoughts on Joan the Believer