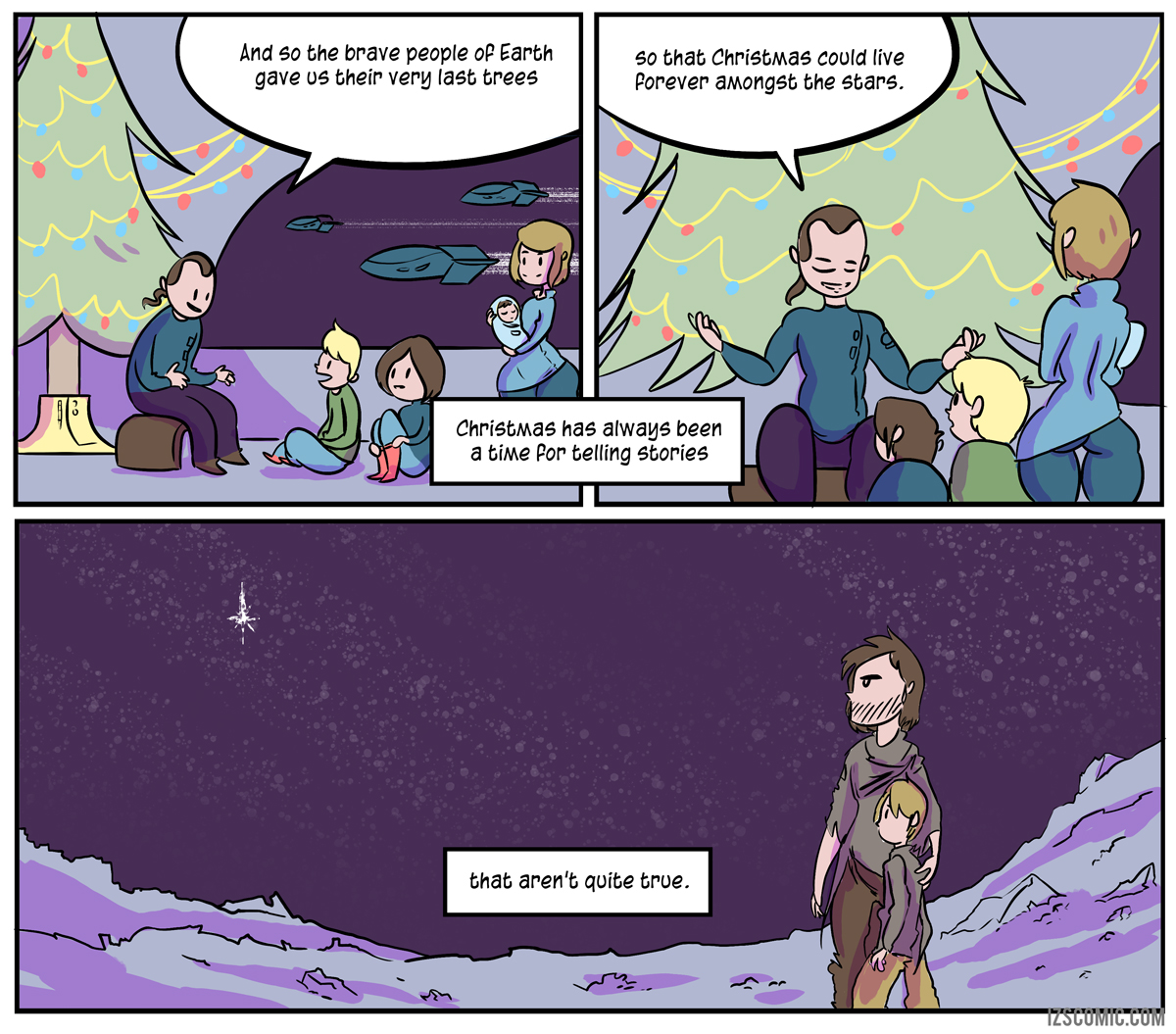 Merry Christmas, Happy Holidays and a Miserable Comic! This year’s downbeat Christmas special is a sequel of sorts to Becky’s sci-fi comic What We Left Behind. All IZS strips take place in the same universe, and while you have to dig a little to find the connections, they’re definitely there. In line with strips like The Last Rose and A Krismiss Keril, Earth 2.0 seems to go through a period of apocalyptic desertification sometime around the 24th-25th centuries, with a select few humans chosen to escape the dying Earth and seek new homes among the stars. Whether or not Earth’s last inhabitants made it through this global nullarbor is, as yet, unknown.

↓ Transcript
Echoing our first Christmas strip, someone onboard an interstellar seed ship is telling their family a holiday tale. They have decorated with a Christmas tree.
“And so the brave people of Earth gave us their very last trees”
Caption: Christmas has always been a time

The storyteller’s audience is enchanted.
“so that Christmas could live forever amongst the stars.”
Caption: for telling stories

A ragged man and son stand in a desolate treeless wasteland, looking up at what appears to be a particularly bright star.
Caption: that aren’t quite true.