I’m not the only one who used to jump into bed to evade ankle grabbers, right? Who woulda guessed they were just adorable fluffy sweethearts who wanted to hang out? We go through cycles at Izak Smells, where we’ll get obsessed with certain characters or concepts – at the moment I think I might be on a bit of a sympathetic monster bent. There are a few more scripts in the pipeline to that effect, and I’ve been thinking about the fact that even if some villains aren’t misunderstood, but are genuinely terrible people who have done terrible things… they’re still people.

Oh, by the way, Becky did this totally adorable full body illustration of the ankle grabber: 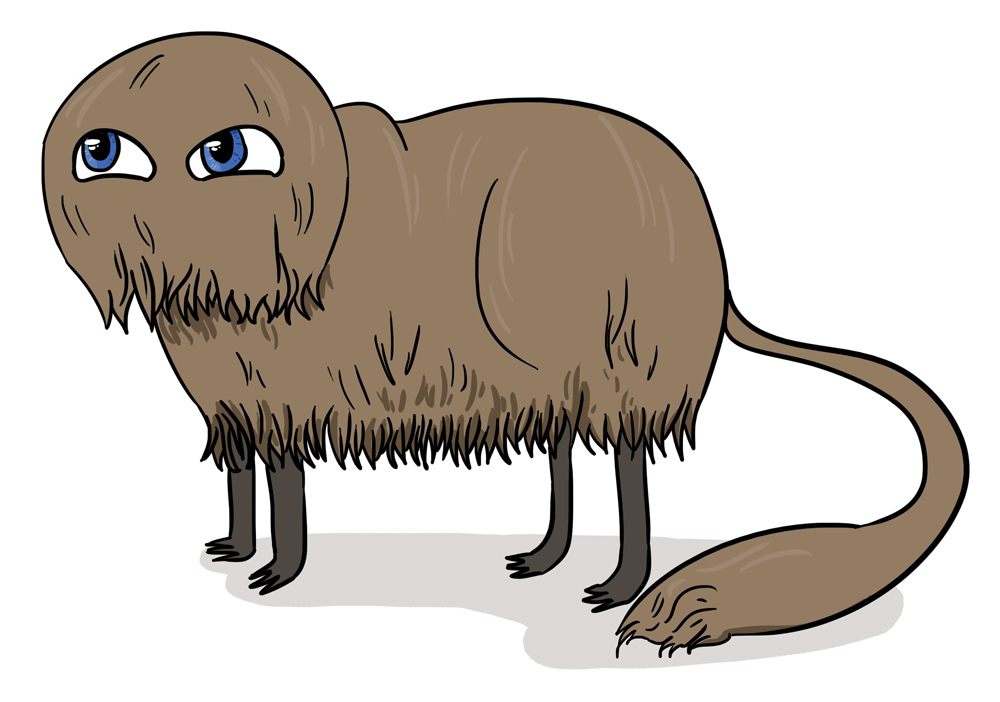 ↓ Transcript
A kid in pyjamas is about to go to bed. Their room is shadowy, and a pair of eyes can be seen peering out from under the bed.

The kid leaps into the bed with a “Hah!” evading a hand which reaches out from underneath the bed, grasping for their ankle.

The kid is sleeping peacefully with a smile on their face. Beneath the bed, a round, furry little creature with big sad eyes and no mouth slumps dejected against a board game or toy box. It thinks,
“One day I’ll catch a friend…”