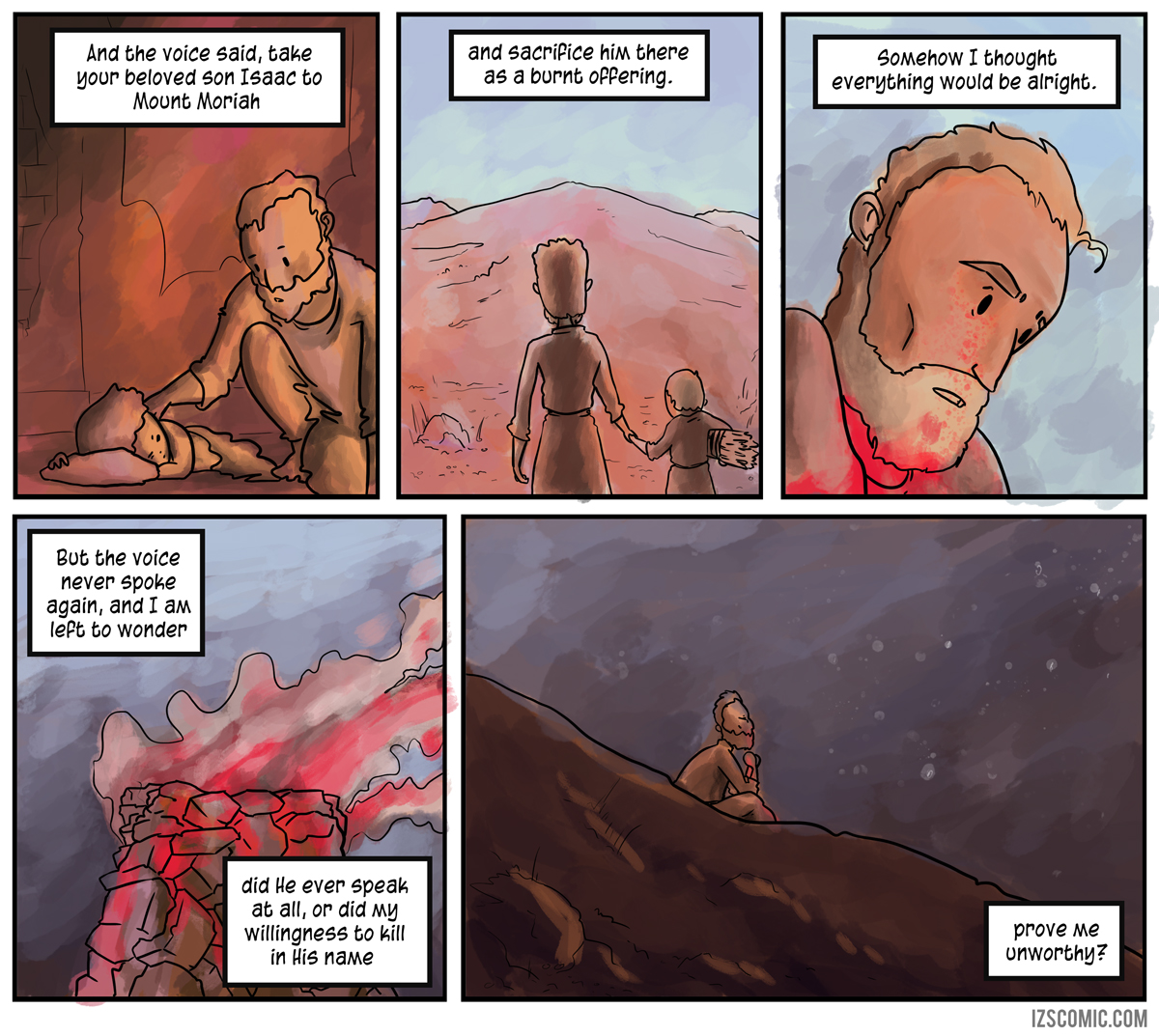 The story of Abraham and Isaac has always been a problematic one for me. Abraham’s blind obedience in such extreme circumstances has always made me uncomfortable and question where his loyalties really should have been placed. Perhaps it’s not so surprising that the world’s major monotheistic religions (which all purportedly sprang from Abraham) place such a heavy emphasis on faith and believing that God is working everything out for the best, no matter what. Dan Simmons’ scifi epic Hyperion has an excellent section devoted in a roundabout way to this particular theme, and it was certainly a key inspiration for me when writing this piece.

From behind Abraham and Isaac as they walk toward a hill. They are holding hands and Isaac is carrying a bundle of wood.
Caption: and sacrifice him there as a burnt offering.

Blood spatters Abraham’s face.
Caption: Somehow I thought everything would be alright.

Ash blows off a blackened altar of piled stones.
Caption: But the voice never spoke again, and I am left to wonder
Caption: did He ever speak at all, or did my willingness to kill in His name