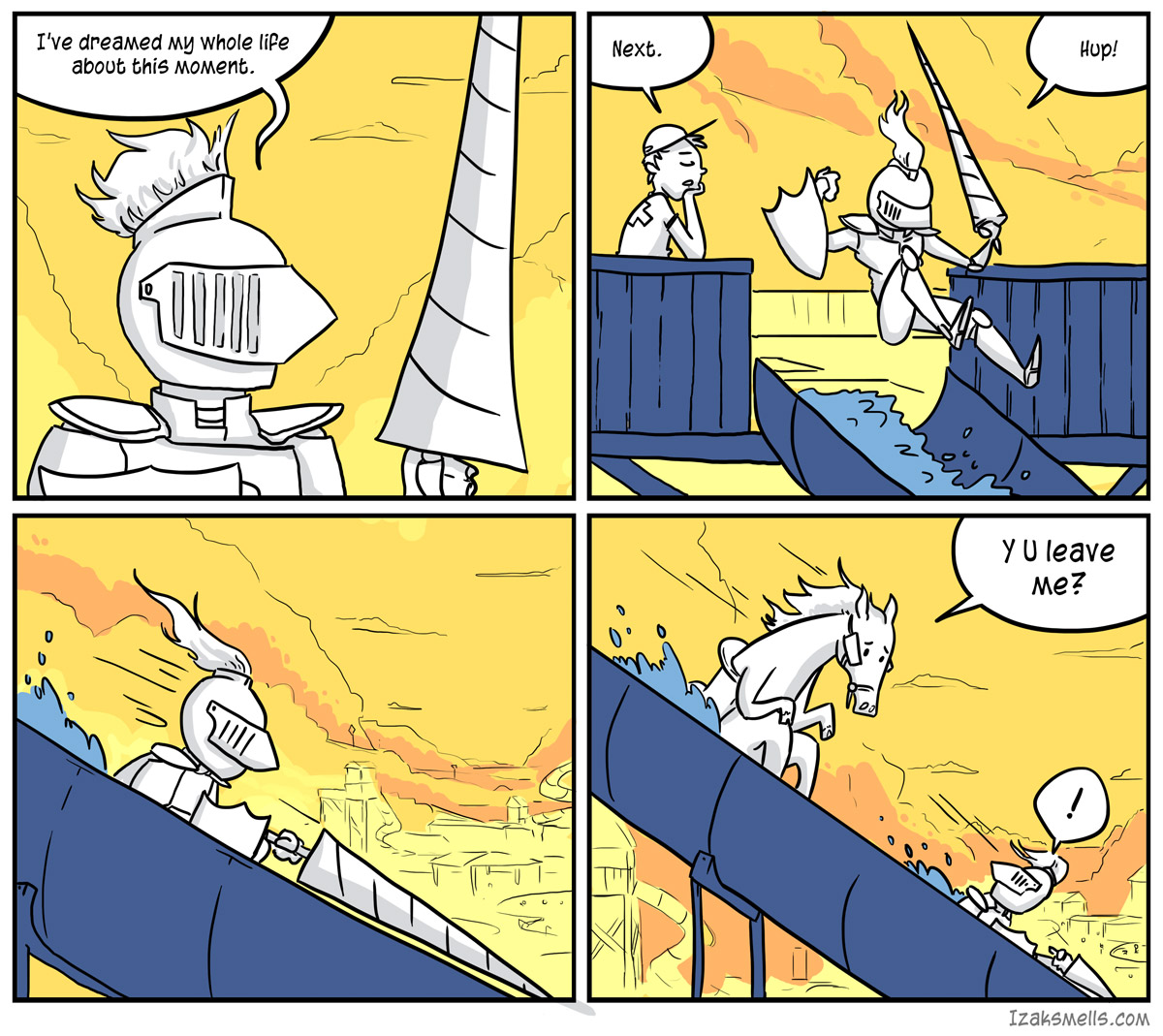 A knight and his horse are not so easily parted, even when the knight attempts to find alternate means of transport or entertainment.

We’ve been having a lot of fun streaming the process. Although I’ve still got a lot to iron out, including volume levels and buffering issues. You know. Just everything. We’ll get there eventually.

Also I found out how rough I look all of the time. I have an excuse though, I drew todays comic on Sunday morning. And people always look rough in the morning. Also I usually draw after work in the evening, when it’s also well known for people to look rough.

There is however a golden moment where I look great. But you’re just never going to see it. I swear. I need a haircut.

Today’s clip is actually a massive spoiler for Fridays comic. I’m describing to Kristof a comic idea I had yesterday morning. In fact if you listen through the recording you’ll catch a lot more comic ideas than we’d normally just give away. I essentially used it as a pow-wow session.

↓ Transcript
I’ve dreamed my whole life about this moment.

0 Thoughts on A Knight’s Dream