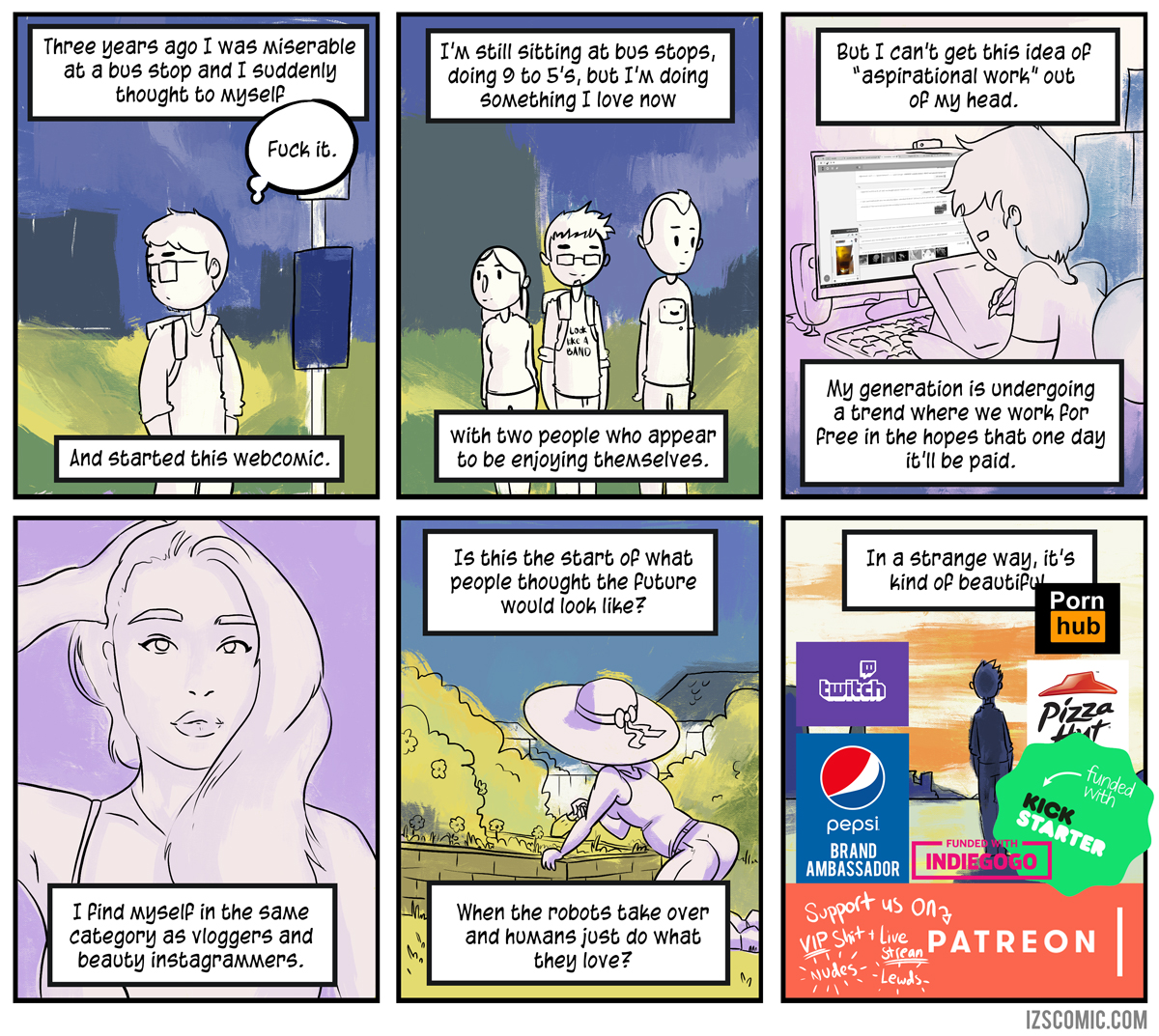 Holy cow, I didn’t expect three years to take such a short period of time. IZS has seen some pretty crazy life events happen for pretty much everyone involved in it, and it’s also helped us meet some amazing people. It’s opened up doors to us meeting amazing local comic legends who actually know we exist. We’ve made some people laugh at Zinefests, and even a couple of you out there on the internet. It’s really an honour to be a part of all your lives.

Oh and btw, if you were wondering we don’t have a Patreon, although that’s probably something we should get around to doing at some point. If you’d still like to support us and help us keep the servers turned on you can buy some merch! It really does help.

This year has been a little scary in terms of the internet landscape. Our main ad revenue used to come from a site called Project Wonderful. While the ads looked like trash, the payouts were great, and it really helped us and many other small webcomics around the internet. Google ads are brutal when it comes to revenue. Also sites like Stumbleupon closed down, due to the way people now consume stuff online. If you aren’t on Facebook you just don’t exist.

If you were wondering “Damn, who’s that chick he traced down the bottom left”, that’d be Sophie who has been kind enough to model our stuff occasionally.