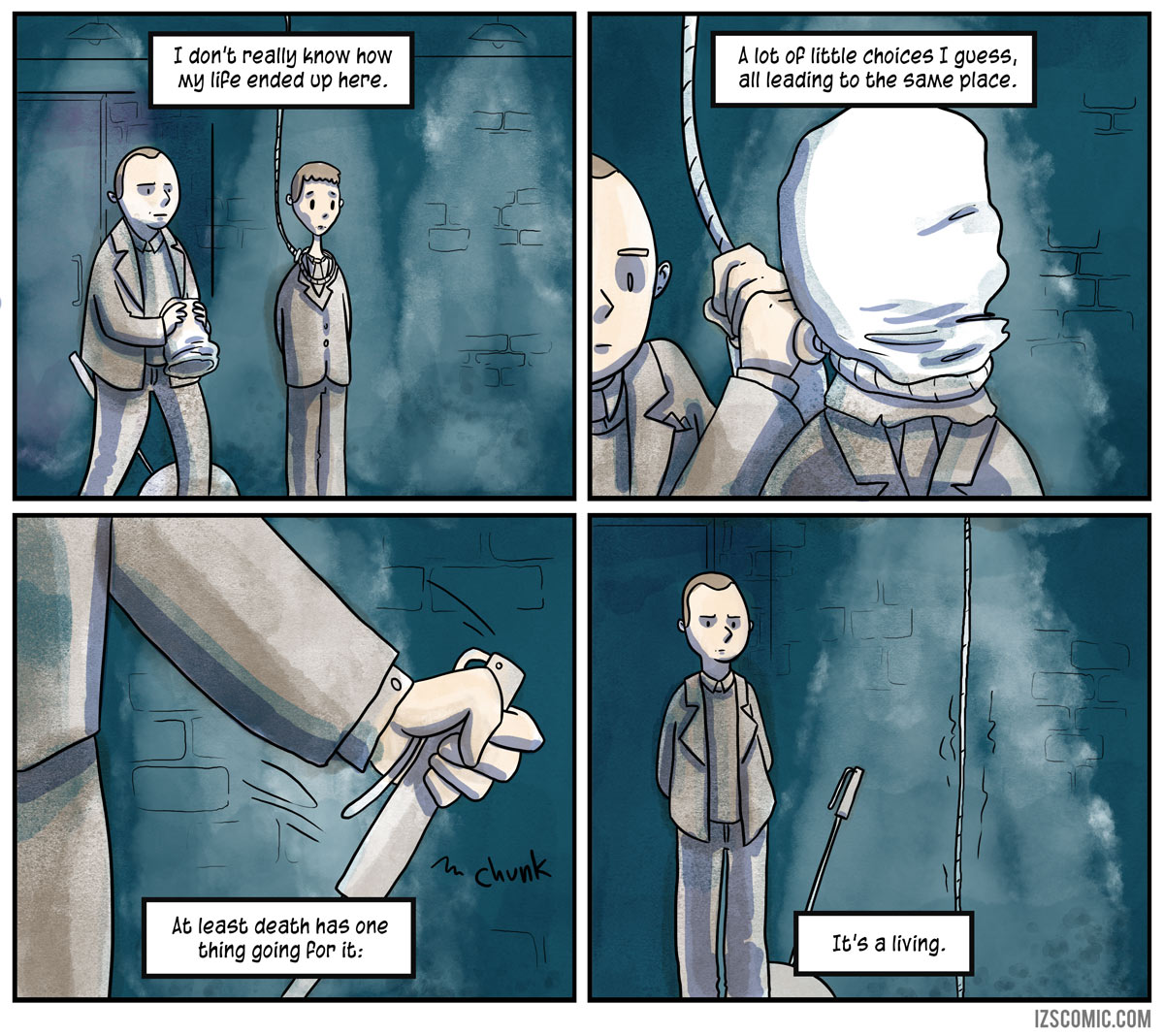 I have to acknowledge Pierrepoint as a major inspiration for this strip, at least from an aesthetic point of view. Timothy Spall was absolutely exceptional in that film, but honestly when is he not? Somehow this character whose purpose in life was essentially to kill, became remarkably sympathetic. Maybe it was his unwavering professionalism, or his passionate dedication to his craft, or just the fact that he could never tell even his closest friends about what he did for a living… It can’t be easy, having to be the one who always shunts the lever, flips the switch, pulls the trigger, simply because it is your job. But for as long as society decides that some should die for their crimes, there has to be those who are paid to carry out the sentence. They may not be revered or loved or even liked – but I’d argue that they are owed a good deal of respect.

↓ Transcript
A condemned man stands on the scaffold, noose around his neck. The hangman approaches with a black bag in hand (Izak: Fuck you man, white is more accurate).
Caption: I don’t really know how my life ended up here.

Close up on the condemned man’s bagged head. The hangman’s hands are tightening the noose.
Caption: A lot of little choices I guess, all leading to the same place.

The hangman’s hand pulls the trapdoor lever.
Caption: At least death has one thing going for it:

The rope disappears into the open trapdoor, swinging and shaking. The hangman stands patiently by the lever, hands clasped behind his back.
Caption: It’s a living.

0 Thoughts on The Upside of Death