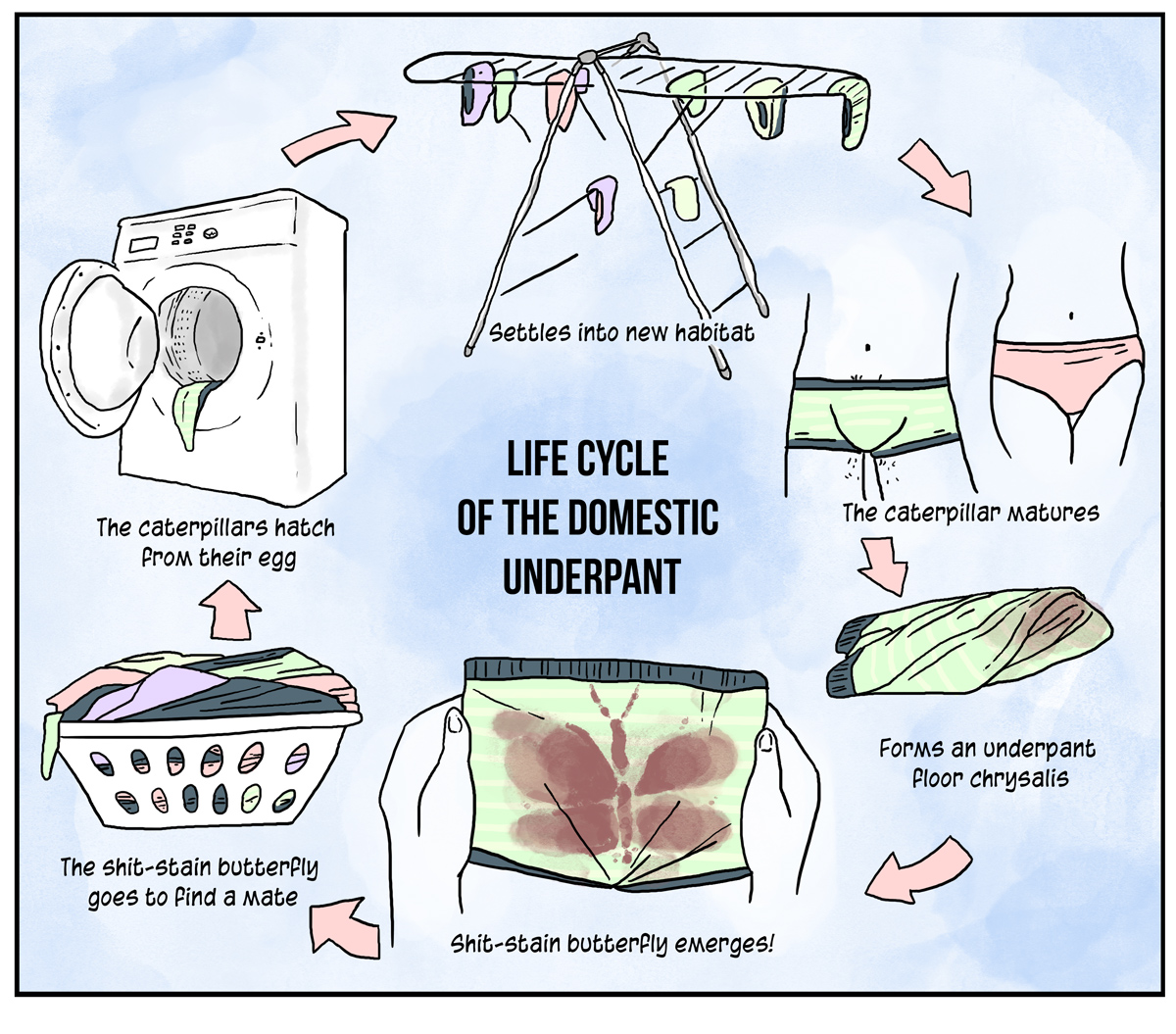 Inspired by underwear, the real heroes of this story.

I’ve been tweaking my comic from last week to convert the last panel into a desktop background. So watch this space, I’ll have on the website sometime soon as a freebie.

This weekend the IZS team are celebrating the comic’s second birthday. I’m incredibly proud of our wee comic and what the three of us have achieved in the last two years. Apart from making some stellar comics together I think we’ve also all improved at communicating as a team. Something I found particularly difficult to begin with because I’ve only worked on my own in the past. So thanks team for all your hard work, thanks to our audience for joining us on this creative journey and here’s to many more years of the IZS comic!

↓ Transcript
The washing machine or "egg"
Underwear caterpillars emerge from egg onto their plant (drying rack)
Caterpillars grow fat with food and crown jewels (Underwear being worn by man)
The caterpillars become Stes (discarded underwear on floor)
To emerge as a beautiful Shit Stain Butterfly!
They crowd together to find a mate, and the cycle begins once more (washing basket)

Discarded as waste (dirty undies on the floor)

0 Thoughts on The Life Cycle of the Domestic Underpant