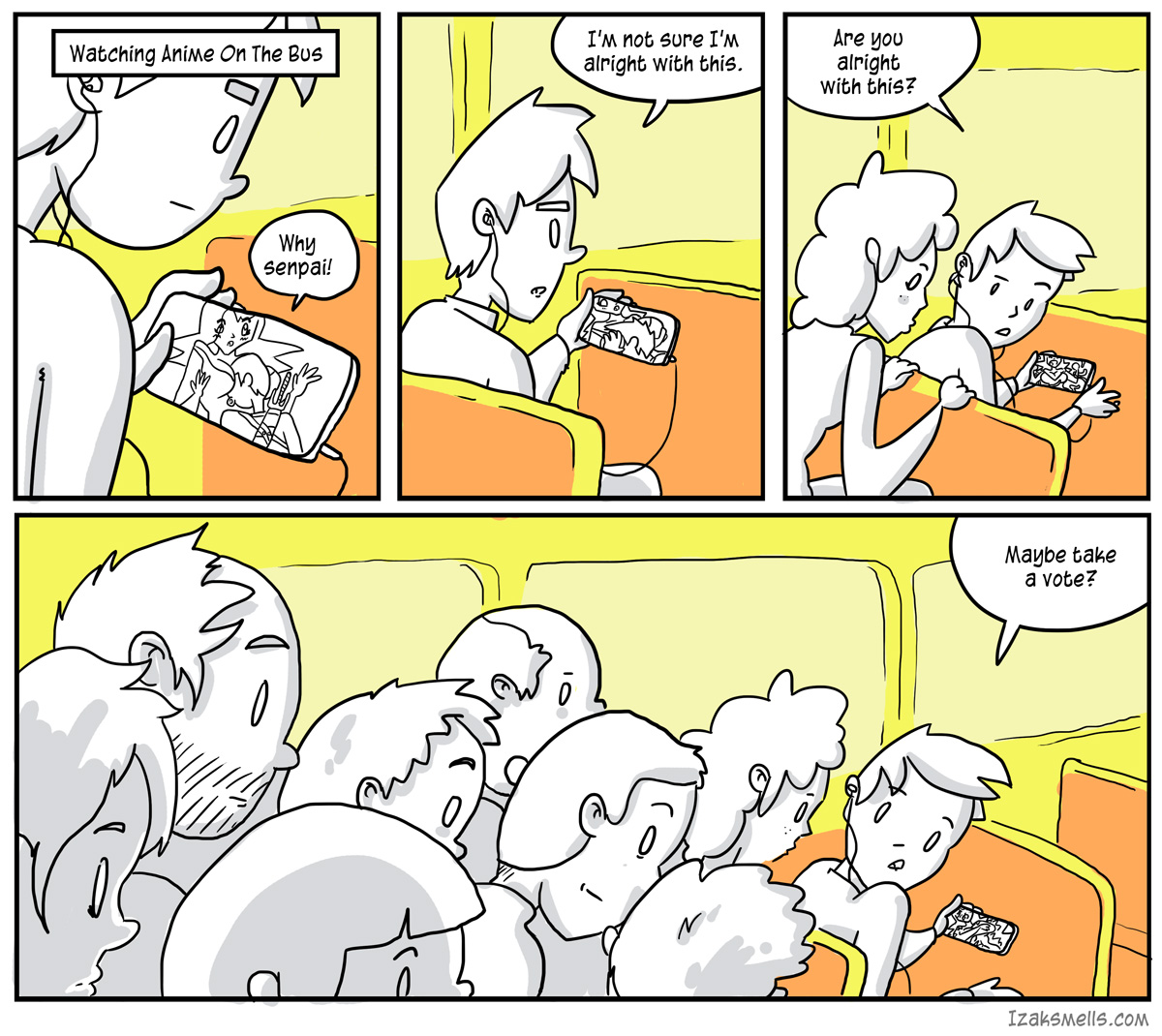 We got Netflix recently, so this has meant a ton of offline play while commuting to and from work. I’m burning through movies at a rate comparable to when I was at uni again.

Just for the Lols I decided to start watching The Seven Deadly Sins because it looked a bit interesting. As a rule I don’t normally watch Anime so the whole casual molestation thing caught me a little off guard.

I mean, cool, fine when you’re at home. But when you’re in the bus you become extremely self aware. I’m not just singling out Anime here. Sex scenes in movies and even steamy pages in books have the same effect.

But you know, I think the person screenwatching behind you gets a kick out of it.

As an aside, I once saw a woman texting a contact she had named “Useless Waste of Space Cunt”. The contact seemed to be trying to win her back. I think it may have been a lost cause.

↓ Transcript
Watching Anime On The Bus

I’m not sure I’m alright with this.

Are you alright with this?

0 Thoughts on Servicing The Fans