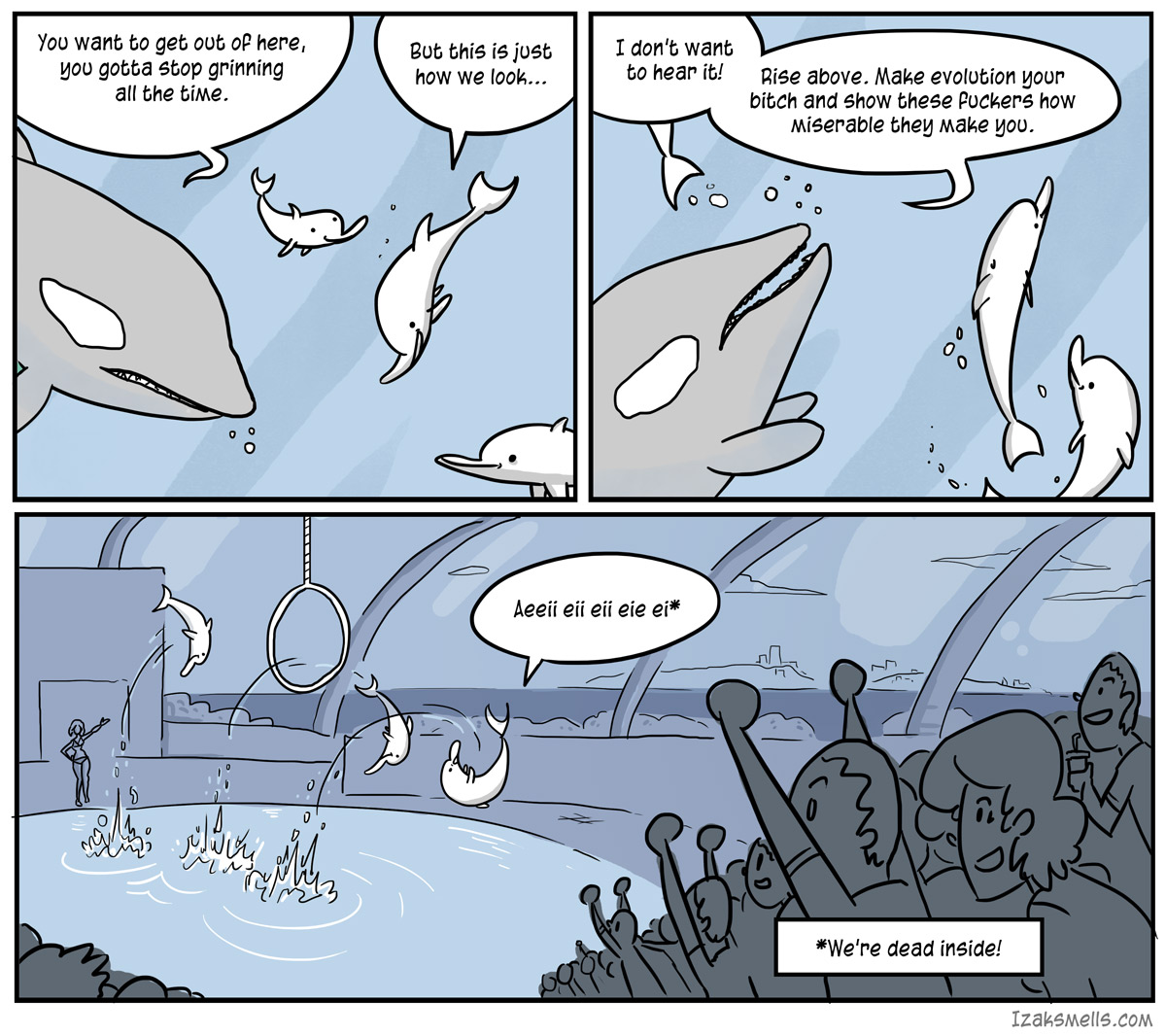 This comic came out of the thought that humans can so easily project emotions on to animals that aren’t there. Although I think we have our cat pretty much pegged, she hates us all the time, and if she was bigger than us, she’d kill us. But since she isn’t we can instead bury our faces in her fuzzy tummy.

A lot of stuff is happening here at IZS at the moment. For instance, we just got our 800th like on Facebook! While I like to think we aren’t Like Whores, I like to think that we are at the very least Like Lovers to each and every one of you who have considered us worthy of ending up on your stream three times a week with a new comic. You guys are the best.

We’ve also taken to Twitch. We’re complete amateurs at the moment so we won’t be promoting it for a wee while yet. I spend most of my time staring at settings on OBS. By the way, big shout out to Gregor for being kind enough to tell me to use OBS like everyone else. We got a camera today, It works at smaller sizes, but as you can see, at full screen it looks like absolute garbage.

We have no set schedules or anything yet, We’re just going to play it by ear and see how our process goes. If you have any suggestions or tips, drop a line in the comment section below!

↓ Transcript
A haggard orca is lecturing a group of dolphins underwater in a pool.
“You want to get out of here, you gotta stop grinning all the time.”
“But this is just how we look...”

“I don’t want to hear it! Rise above. Make evolution your bitch and show these fuckers how miserable they make you.”

The dolphins jump from the water in formation, looking like the happiest little shits you’ve ever seen. One of them thinks ‘I think it’s working!’ The crowd goes wild.

0 Thoughts on Lost in Translation