I guess this somewhat of a counterpoint to my “stuff is just stuff” thing a couple weeks ago. The clutter of your home can be a representation of what you are, and even its organisation puts a classifier on your personality. “They’re a messy person” etc.

But what happens when the shared collection of things are sold, shipped, and separated? It’s the symbolic last task of a relationship and the only thing you have left in common.

Hey so I know that Fortuna just came out on Warframe, but I’m playing Monster Hunter: World at the moment so here’s some thoughts on that. But first I need to talk about Dauntless. 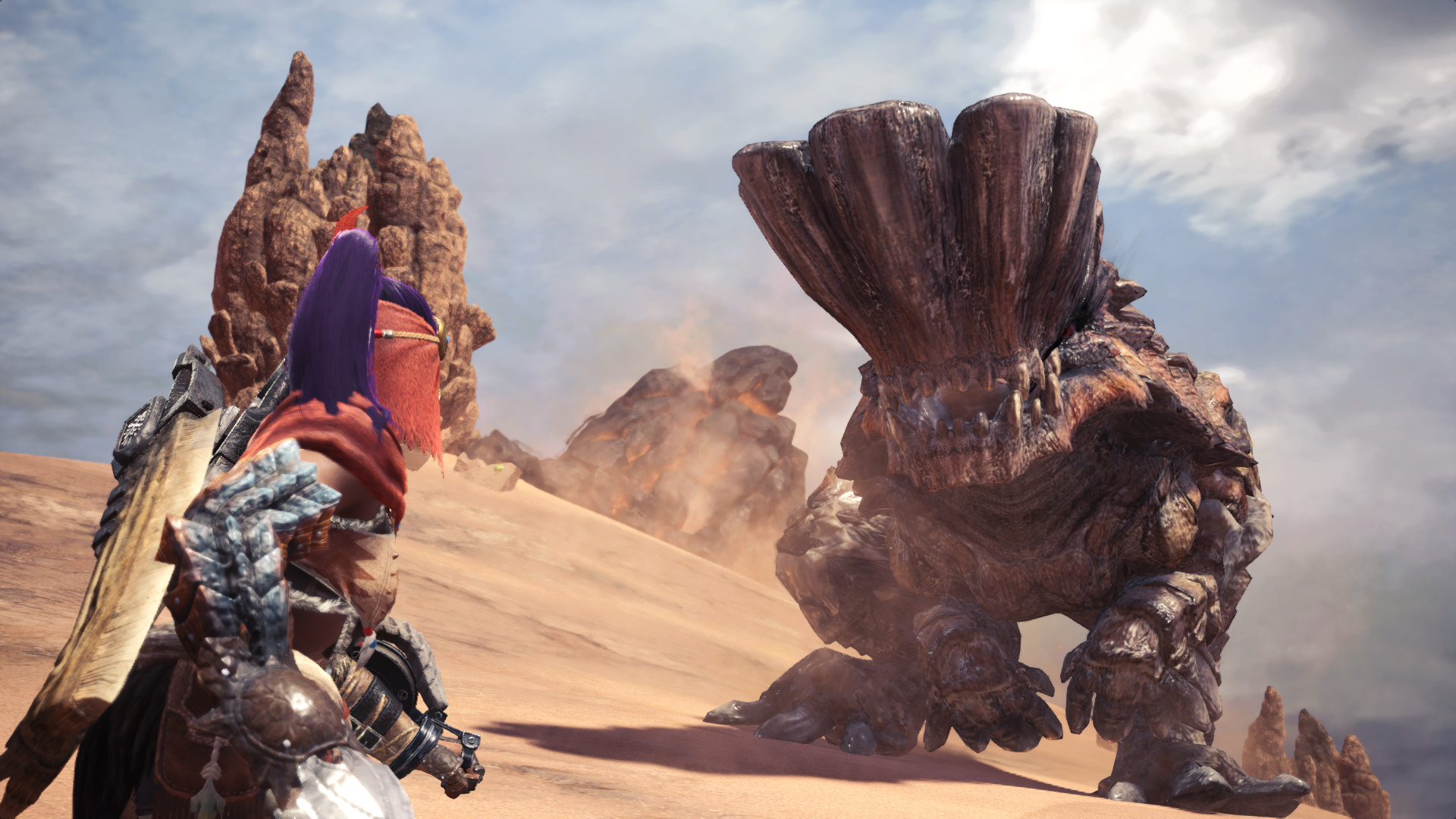 Dauntless is a free to play Monster Hunter-like game. I jumped right in as soon as it came out, and honestly it sucked so hard that it put me off wanting to buy what turns out to be a completely different game. Now, months after all that I finally plucked up the courage to do some research into Monster Hunter to see if it could be my jam.

Much like Warframe & Destiny it’s a collectothon gotta catch all ’em armours type game. The game loop is thus: Take a quest from the main hub, drop into an instance, wander around looking for signs of your quarry while also strip mining the environment of all its useful ingredients, kill your target, get kicked back to main hub and then spend some time sorting your inventory and turning that corpse into a sweet new armour set. 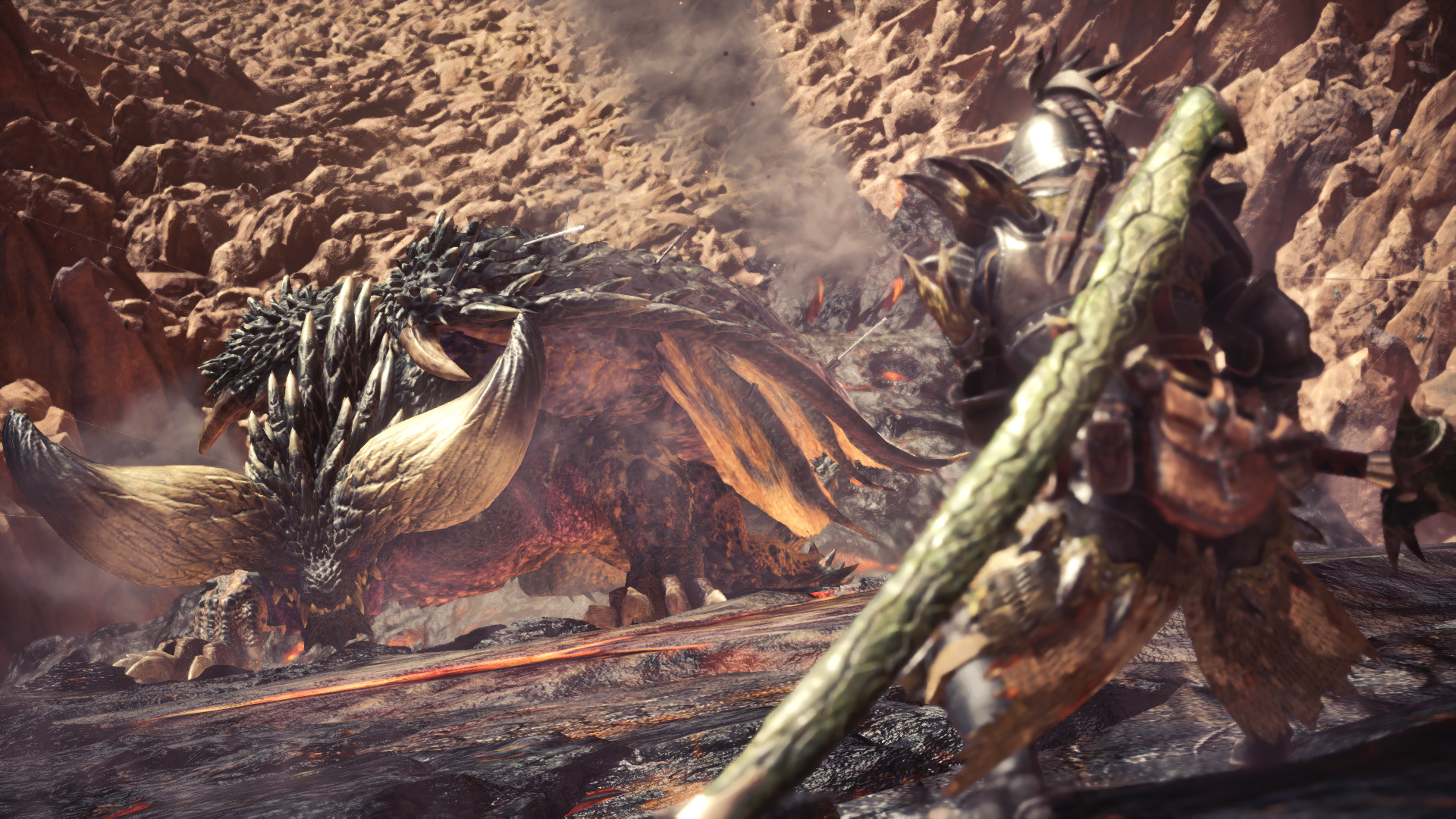 You can also jump into the instance without a quest, and just spend time polishing off minor quests and killing stuff at your leisure, and just generally exploring the zones.

Jumping in you’re barraged with tutorials that made the whole thing look way more complex than it sort of ends up being, at least from a casual loop standpoint. 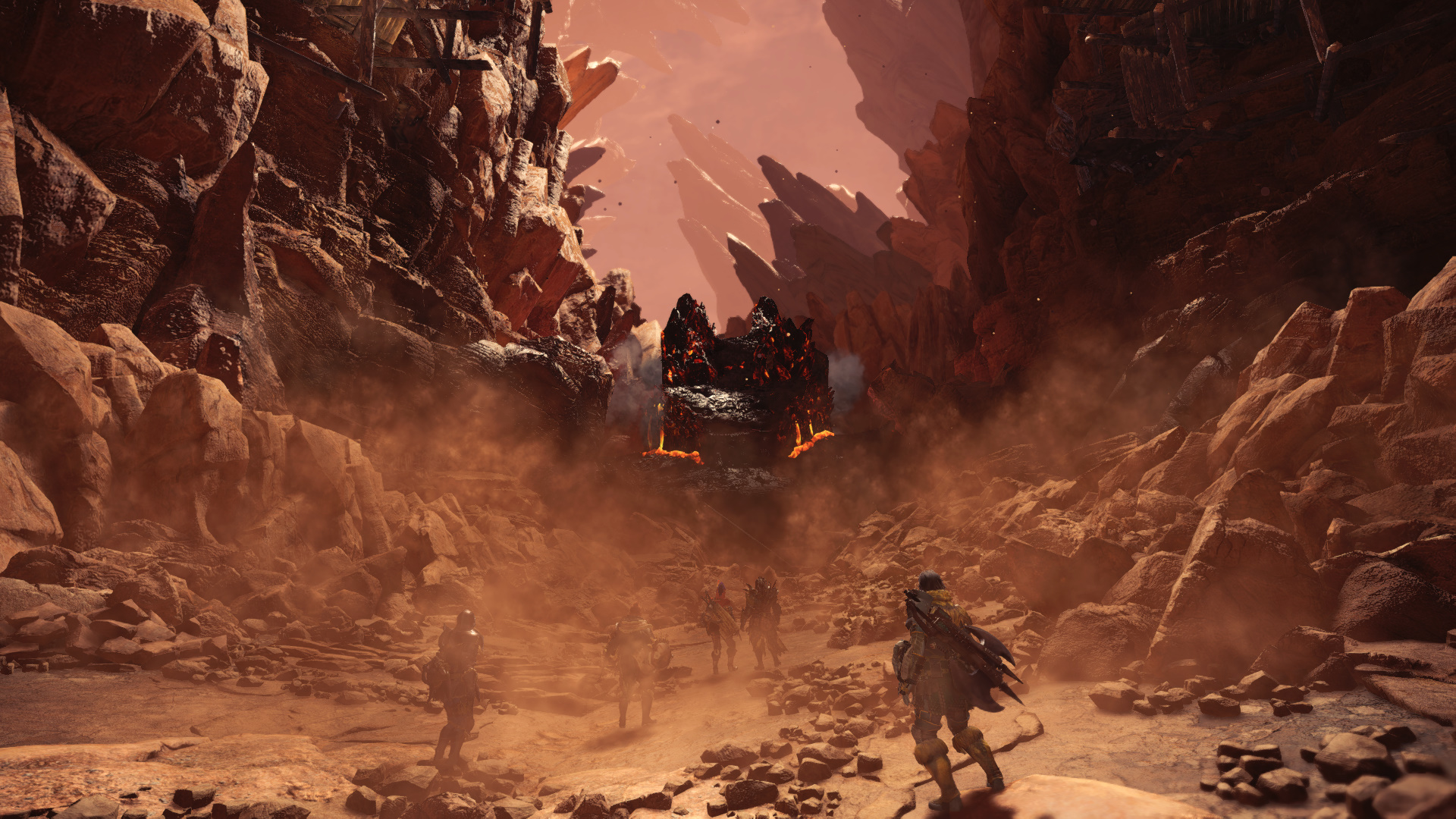 In terms of multiplayer it feels very solo-ish, although you have the option of joining other peoples games, or inviting people in to help you polish off a dude. I ended up partying with one guy quite naturally a bunch of times, and the experience was a positive one. Having a high powered buddy back you up can cut a half hour fight in half. When you jump in to start a hunt you’re usually given a 50 minute timer, and on one of my most recent hunts I almost didn’t do it in time. To be fair I spent a decent amount just fucking around gathering plants at the beginning.

The zones feel sort of small, despite taking a wee while to run around, but the amount of detail they’ve packed in makes them super nice environments to be a part of, and once I got a handle on how to use the environment to my advantage fights became a lot more dynamic than just sticking my head up a monsters butt and swinging like crazy. Despite the size of the maps, they’re engrossing, and I quickly found myself roleplaying in my about how badass I was as a hunter. This is sort of a prerequisite if you’re looking for story, because it’s pretty scant. 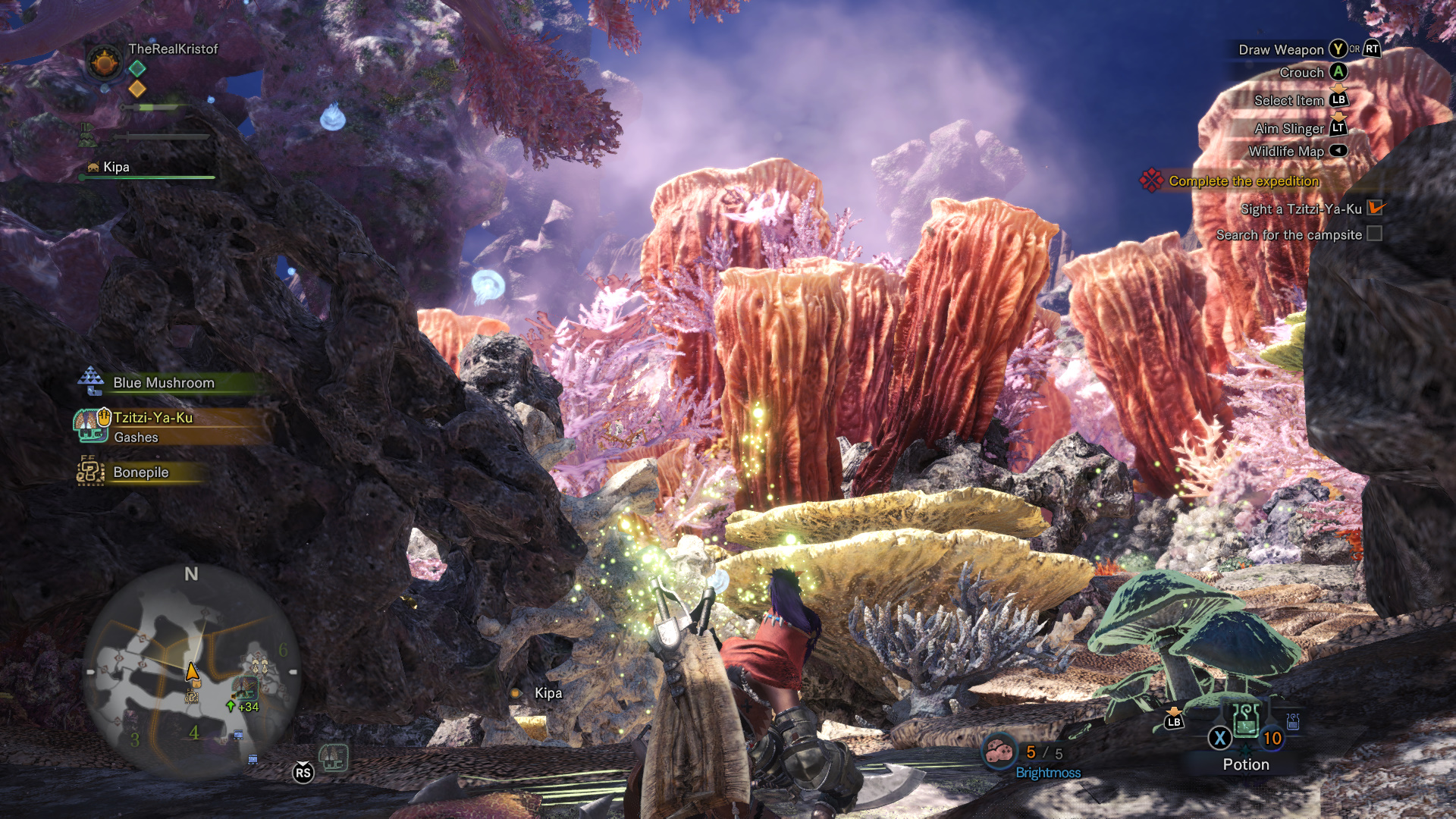 On to the graphics. These screenshots were taken at what I figured was the highest settings. the options were sorta weird. Initially the game was set to prioritising framerate which led to smudgy gross looking graphics. But after I changed it to custom I managed to get it looking much crisper.

Anyway, so far I can see what the hype is about. It’s a satisfying gameplay loop, and I can see a ton of hours getting sunk into this game.

0 Thoughts on Around the Edges